And I spit on your violence toward women

This despicable remake of the despicable 1978 film "I Spit on Your Grave" adds yet another offense: a phony moral equivalency. In the original, a woman foolishly thought to go on holiday by herself at a secluded cabin. She attracted the attention of depraved local men, who raped her, one after the other. Then the film ended with her fatal revenge. In this film, less time is devoted to the revenge, and more time to verbal, psychological and physical violence against her. Thus it works even better as vicarious cruelty against women.

First, let’s dispatch with the fiction that the film is about "getting even." If I rape you, I have committed a crime. If you kill me, you have committed another one. The ideal outcome would be two people unharmed in the first place. The necessity of revenge is embedded in the darker places of our minds, and most hate speech is driven by "wrongs" invented in unbalanced minds. No one who commits a hate crime ever thinks his victim is innocent.

That set aside, let’s see what this movie does. The woman, Jennifer (Sarah Butler), is a writer who rents a cabin in the woods where she plans to stay by herself. Once we know this, we start waiting for the gas station occupied by demented rednecks. There’s always one. Of course that’s where Jennifer stupidly asks directions and reveals where she’s going to ignorant, leering phallus carriers.

There are four. One is their "ringleader." One is his sidekick. One compulsively makes video recordings. The fourth is mentally handicapped, and they treat him as their pet "retard." After many scenes involving alarming noises in the night and the usual Woman in Fear sequences, the men enter her cabin and terrorize her.

They use words and guns. They insinuate. They toy with her answers. They enjoy her terror. This is rape foreplay, and they stretch it out as long as they can. There is a reason for this. Rape is a crime of violence, not sex, and the male rapist typically savors the fear he causes more than the sex. Indeed, if he enjoyed sex more, he might not be a rapist. The true pornography in this film involves the dialogue and situation in the cabin before the physical assault. It is well done. This is a professionally made film. The audience is very, very quiet. Some share Jennifer’s terror. Some, I am afraid, may be aroused or entertained by it.

When the rape inevitably arrives, it is the hapless mental deficient Matthew (Chad Lindberg) who is forced by the others to go first. Otherwise, he crouches, whimpering in a corner. The movie’s exploitation of his handicap is on a par with its cruel sadism. Eventually, Jennifer is thoroughly raped and runs away into the woods barefoot and almost naked, and when they approach with a shotgun to eliminate her as a witness, jumps from a high bridge and disappears.

We will slip past the movie’s non-explanation for her survival and reappearance, to consider her revenge. I chose not to describe her methods. Let me suggest that if you recall any of the torture scenes described in the novels of Cormac McCarthy or Larry McMurtry, I suspect the director and writer of this film remember them as well. Jennifer’s methods are elaborate, bizarre and cruel.

Oh, sure, they have it coming to them — except for the pathetic Matthew, who has been a victim all his life and is now punished by Jennifer, even though she witnessed his grief and innocence. He is a man and must die. A couple of tortures here inspired groans from the audience, but this stuff isn’t a novelty for connoisseurs of horror movies. Consider "Saw" and anything with "chainsaw" in its title.
No, it’s the first half of the movie that’s offensive. It implicitly assigns us the POV of the men as they taunt and terrorize Jennifer in plausible ways — which are different from her killing methods, which are implausible, probably impossible, and offered and received as entertainment.

Now here’s an interesting thing. There were walkouts at the packed screening I attended. Not many, maybe eight or nine. Nobody walked out in the second half; they all left in the first half. And ... they were all men. Most of the audience looked like they were on dates. For conversation afterward if you see this loathsome film, here are some suggestions.

Men, ask your dates: What bothered you more, the first or second half? Would you recommend this movie to your girlfriends? Did you enjoy it? (It’s OK, you can be honest.)

Women, ask your dates: What part did you like the most, the first or second half? Would you recommend this movie to your sister? Why did we go to this particular film? Did you know there were two new four-star films playing in the same multiplex?

Both men and women may find some food for thought in the answers. Certain answers may cause you to ask yourself if you have any future with this other person. 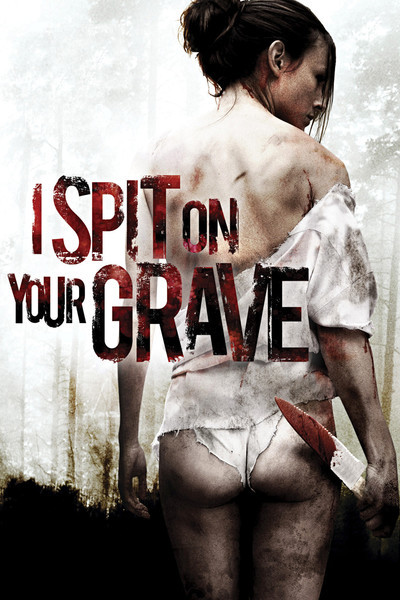