It’s rare to accuse a Netflix thriller of being too ambitious but that’s the case with Babak Anvari’s “I Came By,” a mostly effective potboiler that has the opposite problem of so many mini-series on the streaming service in that it has a TV season worth of ideas crammed into its runtime. Thrillers are all about tension, but Anvari, the fascinating filmmaker behind the excellent “Under the Shadow” and bonkers “Wounds,” keeps struggling with the balance between social commentary and old-fashioned genre thrills, mostly losing his hold on the latter. He constantly subverts expectations about where “I Came By” is headed by shifting POVs and jumping major passages in time, but it leads to a film that's uncertain of its own identity, not quite able to wed its ideas with its execution. Having said that, there are some fun performances and clever themes in “I Came By,” two things that elevate it above a lot of the product coming out of the Netflix Thriller Factory.

George MacKay of “1917” plays Toby, a young graffiti artist who has the unique M.O. of not painting his art in public for everyone to see but in the private homes of the wealthy and powerful. With his buddy Jay (Percelle Ascott), Toby breaks into expensive homes and tags a wall with the phrase “I Came By.” Why? It’s not completely clear, but Toby probably likes to make those who are insulated from society realize that they’re vulnerable too. He will learn that isn’t always the case.

After Jay breaks up the duo because the pregnancy of his girlfriend makes him shift his priorities, Toby decides to do the next job alone. This leads him to the home of a former judge named Hector Blake (Hugh Bonneville, relishing the opportunity to turn his stately demeanor into something menacing), who looks like an upstanding member of his community. Inside Blake's basement, Toby sees a light under a hidden door, and finds, well, you’ve probably seen “Don’t Breathe.”

However, this is not quite that movie as Toby doesn’t get into a battle of wills with Blake. “I Came By” shifts protagonists here to Toby’s mother (Kelly Macdonald), who grows increasingly concerned that her 23-year-old son has disappeared off the face of the earth. Her quest to find him leads her into the life of Jay, and Anvari and co-writer Namsi Khan have at least one more POV turn left to take as their film puts together the story of Blake’s dark secrets and Toby’s fate.

Anvari’s film almost seems more interested in its social consciousness than in raising the viewer’s heart rate. Blake is the kind of guy who can drop the name of his police chief buddy during an investigation in order to shield himself from inquiry. There’s an element of “I Came By” that isn’t so much about what happens behind closed doors as it is about how often powerful people can get away with murder in plain sight. Bonneville nails this kind of haughty malevolence—the kind that knows it’s too powerful to get in any trouble, right? In fact, his performance arguably shifts the balance of the film a bit too much in that the “good guys” don’t feel like they have enough character to counter it. MacKay is particularly shallow as Toby, although that could be part of the point. There’s a reading of this film that it’s about a young man making hollow gestures against a system that he hasn’t really taken the time to understand, or adequately fear.

“I Came By” is undeniably well-composed and entertaining enough for its missteps to be overlooked most of the time. Yes, it’s a rewrite short of greatness, but Bonneville makes it worth a visit even if its final needle drop over the credits is indicative of its shallowness. Yes, sure, “Everybody Wants to Rule the World.” What else is new? 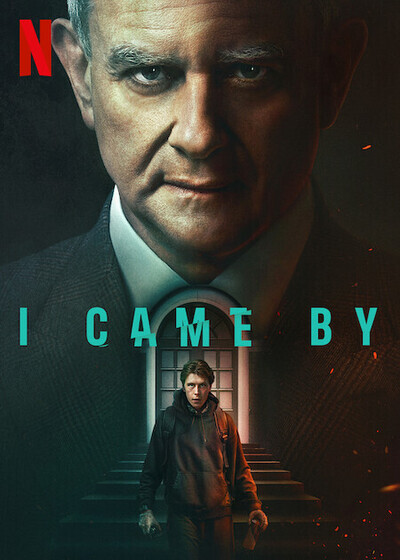