Sylvester Stallone can write entertaining formula action scripts like a demon, but he often hands them over to hack directors who don't know how to extract the pulp and the juice from them. On that score, "Homefront" is better than average. Gary Fleder directs Stallone's adaptation of the Chuck Logan novel like he gives a damn. Maybe too much of a damn: This is one loud, lip-smacking movie. The opening action sequence is a roaring collision of Paul Greengrass hyper-realism and Road Runner physics involving enough ammo to silence the Lord's Resistance Army, plus an undercover narc Jason Statham on an acrobatic Harley, his shoulder-length mullet wig flapping on the breeze.

When the smoke clears, Phil Broker (Statham) is retired, sick of the narc's double-life, and off to a tiny Louisiana town to start fresh with his tween daughter Maddy (Izabela Vidovic). We wait patiently for the local redneck meth-heads to start messing with him, as promised in the movie's trailer. When Maddy takes down a schoolyard bully, his mother (Kate Bosworth), tweaking on meth, pushes her weakling husband (Marcus Hester) to seek revenge. When Statham puts the poor guy down on the blacktop, a whole gang of greasy losers come looking for trouble.

Fleder, who is a pretty standard button-masher as an action director, actually shows infectious relish and nuance in depicting Statham’s slow return to his violent ways. It’s the psychology that counts: We’ve all been there, tested and prodded constantly by some unreasonable, relentless fool who won’t recognize sincere attempts at peacemaking. Statham’s discomfort at having to extend the olive branch when he’d rather jam it in the other guy’s windpipe is the film's most suspenseful stunt.

Fleder also draws a moving and believable father-daughter relationship from the story’s widower-dad cliche. The most exciting shots in the movie are subtle glances between Broker and Maddy, communicating in a shorthand that only two people who’ve suffered and survived a colossal loss together could decode. In a movie where every shove, kick and door slam sounds like ten cannons, this patch of humanity is a small victory.

The trailer seems to promise a showdown between Broker and drug-dealing villain Gator Bodine (or "Gaturr Bow-dine," as James Franco introduces himself), but the film delivers something a lot more tangled and interesting. (I mean, come on: Statham vs. Franco would have been a six-second Vine.) To avoid spoilers, let’s just say that "Homefront" is more interested in how cowards and bullies thrive on manipulating each other, and how a strong, decent man like Broker can find himself a victim of their parasitic politics.

Winona Ryder returns to the screen to play one of the parasites, as Franco’s "meth whore" and liaison to a psycho biker gang. Even styled to look like a skanky barfly, Ryder is too bright behind the eyes to pass as anybody’s fool. Just as Sharon Stone was all wrong for the shallow, street smart gold digger in "Casino," Ryder often seems on the verge of laughing in Franco’s face as he attempts to manhandle and pimp-talk her. But it’s nice to see her raven eyes and regal cheekbones on a big screen again, in whatever capacity.

Once the slow fuse of Jason Statham’s fury reaches the dynamite, Fleder unleashes a series of old school set pieces that cry out for the economy of a Walter Hill or the operatic style of a John Woo. Or, even better, the slow-roast verisimilitude of a Jeff Nichols, whose "Shotgun Stories" is arguably the greatest backwoods feud movie ever made. As vengeance was meted out mechanically in the final showdown of "Homefront," my thoughts drifted to Franco and his small-town loser friends, with sympathy. Sure, they’re violent assholes, but their biggest crime in this film is being graceless rednecks with colossal class envy. They want somethin' like what Statham got, a big country home and enough downtime to go horseback riding with his daughter instead of busting hump at the quarry or slinging dope. Somewhere in the chaos of flames and clashing vehicles, Franco mutters a lament along those lines. In the end, as in most films of this type, the DEA triumphs in its land war against the peasants, and Statham can get back to his life. 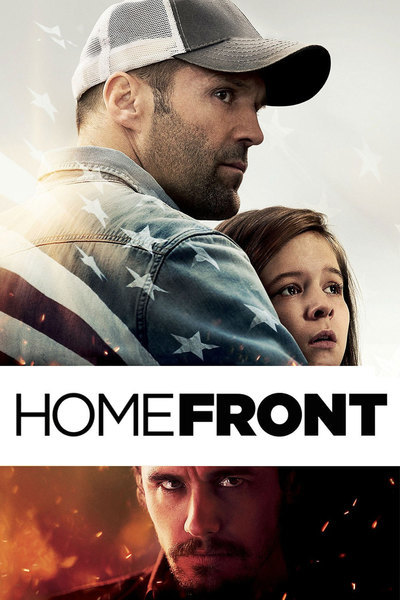