Horror has always been a home for DIY filmmaking. There’s something magical about a group of like-minded people who go into the woods and come out with a work of art. Sometimes it’s “The Evil Dead” or “Last House on the Left.” These films are acts of rebellious expression, reclamations of the genre from a studio system that has often misunderstood it. One of the most fascinating horror DIY collectives in recent years has been the Adams family (not Morticia and Gomez). An upstate New York family who writes, directs, stars, and does just about everything else in their movies, the Adams clan broke through with “The Deeper You Dig,” a surreal, must-see flick that’s now on Shudder. They returned to fests in 2021 with “Hellbender,” which lands on the streaming service today and continues their upward trajectory. These folks make daring, confident genre films, and they’re only getting better.

One of the reasons is that they’re becoming stronger performers. In “Hellbender,” Zelda Adams is legitimately great as Izzy, a young woman who has been raised away from civilization. Mother, who never gets a name and is played by Zelda’s mom and co-writer/co-director Toby Poser, has told Izzy that she’s sick—as they will in the horror genre for years to come, isolation and illness could reflect pandemic themes if you so choose. She never allows Izzy to leave their tree-shrouded home on the mountain, going into town for supplies on her own. Of course, Izzy is 16, and she’s starting to get tired of being alone. She loves playing in a badass punk band with her mom but wants to spread her wings. A prologue with a witch being very hard to kill and some other signs of occult imagery makes it clear there’s more going on here than a protective mother.

The first half of “Hellbender” echoes “Carrie” in its religion-tinged unpacking of a mother/daughter dynamic, but one of the things I love about the Adams family is how they veer left just when you think you know what direction they’re going. “Hellbender” initially feels very familiar—another story wherein female adolescence and something malevolent intersect—but then the Adams clan (which also includes Toby’s husband John and their other daughter Lulu, who also co-star) embrace their darker, punk rock side. Like “The Deeper You Dig,” “Hellbender” gets better as it gets more surreal, but this one has a nice balance to the out-there imagery in Zelda’s grounded, coming-of-age performance. I love the movies she’s making with her family, but I’d also really like to see what she could do with another director too. She’s got the range and potential.

So many DIY filmmakers are like pastiche artists, people who cobble together sequences and scripts from their favorite horror movies. What separates the work of the Adams family is the sense that while they know their genre, they’re never merely copying their predecessors. They’ve gone into the woods and come back with something that definitely fits in the legacy of what could be called “witch horror” but is also a film that only John, Toby, Lulu, and especially Zelda could have made. That's how you do it. I hope they go back into the woods again soon. 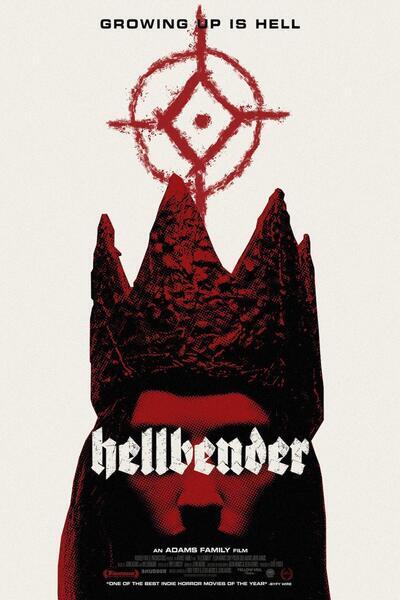