Produced in 2014, “Goodnight Mommy,” an Austrian import from co-filmmakers Veronica Franz and Severin Fiala, was a diabolical and queasily effective item that took one of the most primal of fears—that the people that we know and love have somehow been replaced—and filtered it through an examination of the societal belief in an unbreakable bond between a mother and her children that took things to often ghastly extremes. The result was a strong, stylish and often unnerving genre that actually lived up to the hype that it had generated amongst horror fans. Perhaps inevitably, the film has now been given the dubious honor of an Americanized remake and, perhaps just as inevitably, it is a staggeringly pointless endeavor. This "Goodnight Mommy" replicates the basic story beats of the original but leaves out all of the tension, ambiguity, and nasty invention that made that earlier effort so effective in the first place.

As the film opens, young twin brothers Elias and Lucas (Cameron Crovetti and Nicholas Crovetti) are being dropped off by their father at the isolated country home belonging to their mother (Naomi Watts), their first time seeing her in apparently some time. It turns out that Mom has secretly undergone some kind of medical procedure that has left her head completely swathed in bandages. That is disconcerting enough but as the kids settle in, they begin to sense that other things about her are not quite right—she is quick to get upset, she now seems to be a smoker, she refuses to sing the song that she used to do for them at bedtime and she forbids them from going into the barn out back. Oddest of all, she seems to be directing most of her attention towards Elias while barely acknowledging that Lucas even exists.

To the brothers, these bizarre developments can only lead to one conclusion—the person they are staying with is actually an imposter who has done something terrible to their mothers. Increasingly frightened by Mom’s seemingly irrational behavior and unable to contact their father, they try to flee to safety in the middle of the night. When that doesn’t work out, they become determined to get the apparent interloper to admit that she is a fraud and to reveal where their mother is. And yet, even after being duct taped to her bad and doused with ice water, she still insists that she really is their mother. Although Lucas remains firmly convinced that she is not who she is, Elias finds himself torn between his doubts over her identity and the lengths that he is willing to go to in order to prove it.

As I said, this version conforms to the basic parameters of the original film but mucks about the details in ways that prove to be disastrous. For starters, the often cruel and brutal means employed by the brothers in order to elicit the information that they want (including some particularly nasty uses for superglue, scissors, and a magnifying glass) have been eliminated, which considerably lowers the horror quotient. That would be acceptable if the film had bothered to replace them with anything interesting but it doesn’t. Screenwriter Kyle Warren and director Matt Sobel are weirdly determined to strip away the ambiguous nature of the original narrative that proved to be just as unnerving as the more overt violence in order to give the unfolding events a far more literal and much less interesting interpretation. This version plods along before arriving at the startling twist that now proves to be anything but in their hands.

One could argue, I suppose, that as someone who saw and greatly admired the original film, my perspective on the film will inevitably be different from that of someone who never saw the previous version and who is coming into this one with fresh eyes. That said, my guess is that even newcomers to the story will be left cold by this version. The story is clumsily handled, the suspense is practically nonexistent and the vibe that it evokes is more idiotic than surreal. More damaging is the fact that the film never convincingly establishes the terror of the situation because at no point do we ever care for a moment if the woman is indeed their mother or not or how far the brothers will go to confirm their belief.

The closest thing to a saving grace is the performance by Watts, who gives it her all but who is eventually undone by the cloddishness of the screenplay. (That said, between this and her appearance in the remake of the equally nasty “Funny Games,” I would gently suggest that she try to avoid appearing in any further American takes on sadistic Austrian cult films in which her character undergoes extensive torture at the hands of a pair of young sadists within the confines of her coldly sterile and decidedly isolated home.)

For those who saw the original “Goodnight Mommy,” this version will seem like an unforgivable botch that will go down as a quintessential example of what comes out when an offbeat foreign film is put through the American filmmaking apparatus in the hopes of attracting viewers who are more afraid of subtitles than sadism. Newcomers are likely to find it a crashing and crashingly obvious bore that will leave them wondering what all the fuss regarding the original was about in the first place. At least both groups will be able to come together in the shared realization that this “Goodnight Mommy” is one of the most patently unnecessary films of the year. 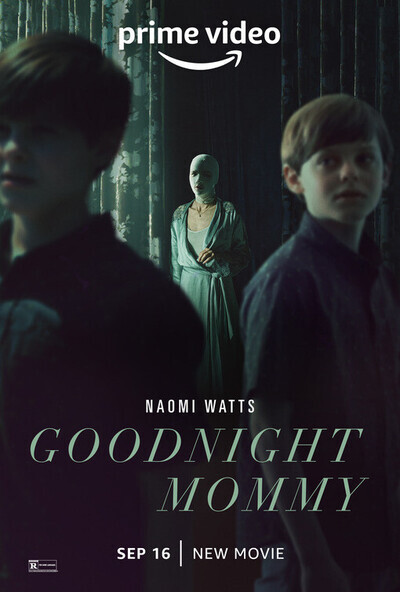 Writer (based on the film "Goodnight Mommy" by)