Gloria, "Gloria"—hallelujah! Your truth has marched its way into my heart.

There is that feeling you get inside when a movie suddenly starts to push your every button, creating an emotional connection that goes beyond pure reason and mere emotion. It elevates your mood to such a point that you wish you could hug the screen out of sheer joy and recognition. That is what "Gloria" did to me. The Chilean-Spanish production that somehow did not make the cut as a best foreign-language Oscar candidate is a bit of a throwback to the '70s, the liberated era that gave us "An Unmarried Woman", "Alice Doesn't Live Here Anymore" and "The Goodbye Girl". It was a time when female characters over 30 or even 40 were allowed to not only have great sex, but also were given the chance to re-examine the choices they made at this stage—especially with men—and transform into the person they were always meant to be.

"Gloria" covers similar territory, but with a difference. Jill Clayburgh's divorcee in "An Unmarried Woman" could afford one-on-one therapy, had a gaggle of gal pals to turn to for support and toiled in an upscale Soho art gallery. As for Gloria, brought to, yes, glorious life by actress Paulina Garcia, she's a formerly wed, 50-ish office worker in Santiago who laughs easily, wails along to the sappy love songs on her car radio and craves new adventures whether bungee-jumping, smoking pot or spur-of-the-moment getaways.

The trouble is, most people—including her adult son and daughter—are either too busy or don't bother to notice that there is a vibrant human being standing before them who aches for intimate contact and a chance to shower someone with affection.

Suddenly, Gloria spies a man she vaguely knows and engages in awkward small talk, eventually flirting and dancing a little too enthusiastically with him. But it is all for naught. She goes home alone, where the only warm body that wants to share her bed is a hairless cat who belongs to her crazy upstairs neighbor.

As it turns out, however, Gloria is not a victim to be pitied but a fighter. She returns to the club, where this time she spies an slightly older, rumpled gent intently gazing at her. He's Rodolfo (Sergio Hernandez), a recently divorced former naval officer, and it turns out he finds her fascinating—just as we begin to feel the same way about her, too.

They quickly connect romantically, leading to the first of several honestly depicted, completely unglamorous sexual encounters between two people of a certain age that Hollywood rarely attempts, even in such films as "It's Complicated" and "Hope Springs". There is flab, there is sag, there is an elastic girdle-like belt Rodolfo wears as a result of weight-loss surgery. But there is also heat.

Alas, there is baggage as well. As Rodolfo's all-too-frequently ringing cell phone reveals, he might be single but his needy daughters and ex-wife still rely on him. Though his interest in our heroine feels sincere, he is not the type of man who will rush off and leave his family in the lurch. That might a fine quality, but not what Gloria needs or desires at the moment. She wants fantasy, passion, excitement. And she deserves it.

Frustration soon leads to recklessness on Gloria's part, but Lelio—who trusts the viewer to fill in many of the blanks for themselves—does not judge his characters but allows us to draw our own conclusions. It helps he has someone as wonderfully expressive and real as Garcia, who can go from appearing old and haggard to luminous and adorable seamlessly, at the center of this tale.

There is not a false note in her performance, especially in the final scene at a wedding when the song that I kept hearing in my head while watching the film finally filled the soundtrack—"Gloria", not the Laura Branigan version from "Flashdance" but the original sung in Italian by Umberto Tozzi. It is up to us to decide whether the sight of Garcia once again alone—by choice this time—is a moment of triumph or resignation. Me, I was cheering inside. 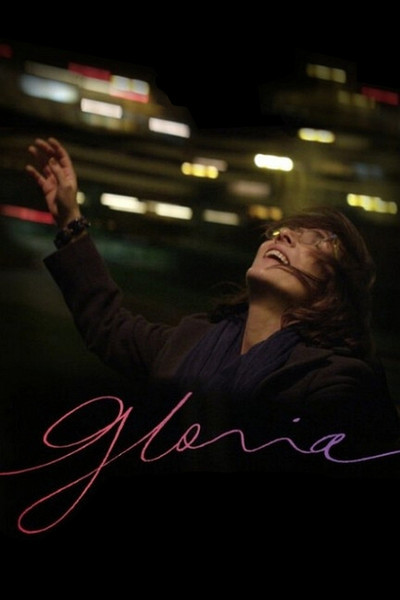