Mrs. Seward, the draconian rhetoric teacher who drilled literacy into generations of Urbana (Ill.) High School students, used to tell us we were having the best four years of our lives. We groaned. Fame is a movie that she might have enjoyed. It's about a dozen or so talented kids who enter New York's High School of the Performing Arts as freshmen and emerge four years later as future Freddie Prinzes and Benny Goodmans, Leonard Bernsteins and Mrs. Sewards.

"Fame" is a genuine treasure, moving and entertaining, a movie that understands being a teen-ager as well as "Breaking Away" did, but studies its characters in a completely different milieu. It's the other side of the coin: A big-city, aggressive, cranked-up movie to play against the quieter traditions of "Breaking Away'"s small Indiana college town. "Fame" is all New York City. It's populated by rich kids, ghetto kids, kids with real talent, and kids with mothers who think they have real talent. They all go into the hopper, into a high school of kids who are worked harder because they're "special" -- even if they're secretly not so sure they're so special.

The movie has the kind of sensitivity to the real lives of real people that we don't get much in Hollywood productions anymore. Anyone who ever went to high school will recognize some of Fame's characters: the quiet little girl who blossoms, the class genius who locks himself up in the basement with his electronic equipment, the kid who can't read but is a naturally gifted performer, the wiseass, the self-destructive type, the sexpot, the rich kid, and on and on. The cast has been recruited from New York's most talented young performers, some of them almost playing themselves. The teachers are familiar too: self-sacrificing, perfectionist, cranky, love-hate objects.

If the character types seem familiar, the movie's way of telling their stories is not. This isn't a movie that locks its characters into a conventional plot. Instead, it fragments the experiences of four years into dozens of vignettes, loosely organized into sections titled "The Auditions," "Freshman Year," and so on. We get to know the characters and their personalities gradually, as we see them in various situations. The effect is a little like high school itself; you come in as a total stranger and by the time you leave, the school has become your world.

If the kids in "Fame" are like high school kids anywhere, they're also different because they are talented, and the movie's at its best when it examines the special pressures on young people who are more talented than they are mature, experienced, or sure of themselves. The ghost that hovers over everyone in this school is a former graduate, Freddie Prinze, who had the talent but never figured out how to handle it.

The movie's director, Alan Parker, seems to have a knack for isolating just those moments in the lives of his characters when growth, challenge, and talent are all on the line at once. Where did he find his insights into talented young people? Probably while he was directing his first film, the wonderful "Bugsy Malone" (1976), which was a gangster musical with an all-kid cast. Fame is a perfect title for this movie; it establishes an ironic distance between where these kids are now and where they'd like to be someday, and then there's also the haunting suggestion that some of the ones who find fame will be able to handle it, and some will not. 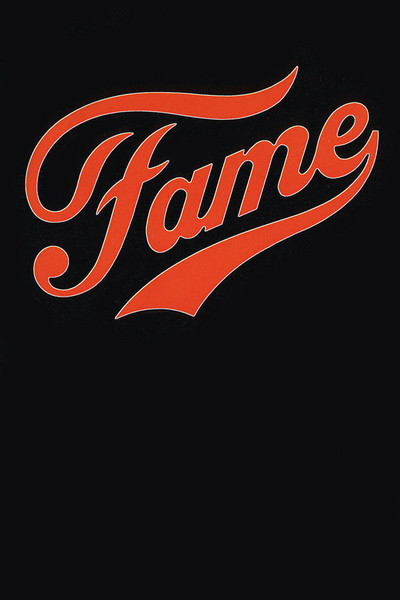