South Americans call it “dream realism,” a way of transmuting the painful reality of everyday life by enriching it with dreams, legends, superstitions and romance. The most famous work of dream realism is the novel One Hundred Years of Solitude, by Gabriel Garcia Marquez, but you can see it, too, in films like “El Topo” and “Bye Bye Brazil” and in the butterfly sequence of “El Norte.” Now here is the first film written by Garcia Marquez; it was being shot when he won the Nobel Prize in 1982.

“Erendira” tells a story which, by any realistic measure, is tragic and grim. The title character, a 14-year-old girl, lives with her strange grandmother in a vast, gloomy house in the middle of the desert. One night she neglects to extinguish the candles. The house burns down, and the grandmother matter-of-factly forces the girl into a life of prostitution to pay her back for the lost property.

They travel from town to town, following the journeys of itinerant entertainers and tradesmen, and in every town the young girl passively submits to her fate, and the old grandmother counts the money and harangues the crowds.

If it were told as social realism, this would be a sordid tale. Garcia Marquez does not see it that way, and neither does his Brazilian director, Ruy Guerra. They see it as a legend and a ritual, surrounded by gaudy images and a jaundiced view of human nature. In their film, the heat has been turned up under the visuals: The house in the desert is fantastical in its spookiness, and when Erendira and her grandmother pitch their tent, it looks like it belongs in an Eastern bazaar.

The lines of men who wait patiently for Erendira’s favors are not necessarily animals, in this telling of the story, but lonely wanderers who have traveled far to see this fabled courtesan. They are shabby and she is pathetic, but in the absolute poverty from which they all spring, the famous tent is like a festival. Erendira hardly seems to notice them as they pass through her life.

Then one day a young man arrives. His name is Ulysses. There is instant love between Ulysses and Erendira; she is so swept off her feet she actually doesn’t charge him, although paying off her grandmother is her only way out of bondage. And now we begin to see the dream that redeems the realism; this is really a fable, in which the girl’s life is a sordid variation on the usual fates of fairy tale heroines, who are locked in towers and dungeons and have dragons to guard them instead of grandmothers.

The most interesting performance in the movie is by Irene Papas, the great Greek actress, as the grandmother. She does not look old and vindictive, but strong and unforgiving and with a single-mindedness born of insanity: There’s a terrifying force in an early scene where she looks at the ashes of her home and calmly tells her granddaughter, “You will never live long enough to pay for this.” 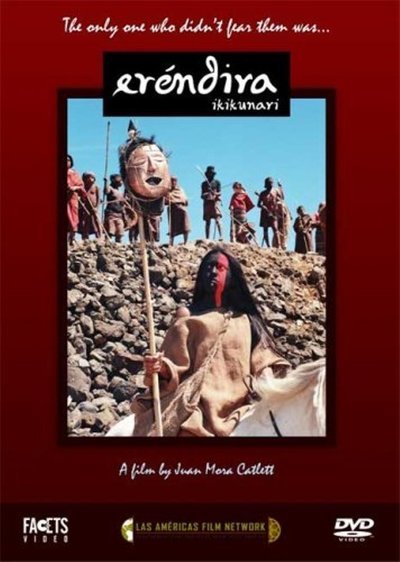