“Breaking Bad” was always a show about consequences. More than arguably any other drama, decisions had repercussions and slates weren't wiped clean between episodes. We followed the arc of Walter White (Bryan Cranston) and Jesse Pinkman (Aaron Paul) from that first day in the desert in the series premiere to the blood-soaked finale, and it was easy to trace the line of consequences that got us from the starting to the finish line. A structure in which the viewer can be confident that action leads to reaction is naturally going to enhance viewer interest, and that was the part of the draw the of the show—how will what we’re watching now impact what happens next? (It also helped make it a perfect show for binging on Netflix). It’s that fertile creative ground that brought Vince Gilligan back to this world in his Netflix Original, “El Camino: A Breaking Bad Movie”—a need to know another chapter in Jesse Pinkman’s story. The result is a project that feels true to its source, a well-crafted epilogue for a beloved character who vividly understands the concept of consequences.

If you're hazy on what happened in the AMC hit, be warned that “El Camino” does not hold your hand. It is not designed to exist as a standalone movie as much as something watched after the end of season five, although I do like that it didn’t happen right away, giving its creator and star more time to enrich the project. What might have felt more like a cash grab were it made in the wake of the award-winning final season feels more creatively driven six years later. However, you need to remember what happened at the end of season five. Most importantly, that Walter rescued Jesse from the meth-dealing Nazis who had been holding him prisoner. We learn more about that captivity in “El Camino,” and running from trauma is a major theme of the film.

Gilligan picks up right away chronologically. Walter and most of the Nazis, including Todd (Jesse Plemons), are dead. Jesse has fled the scene, screaming and speeding into the night. Naturally, the authorities are descending on the massacre, and they have a few questions for Mr. Pinkman, who has one goal: get out of New Mexico. “El Camino” actually opens with a flashback to a conversation with a familiar face that I won’t spoil (there are a few in “El Camino,” although the big ones don’t feel like fan service as much as grace notes for Jesse’s arc) about Jesse wanting to get out of Albuquerque and escaping all the way to Alaska. For 122 minutes, that’s the main drive of “El Camino” – getting Jesse to Alaska. He will have to evade the cops and some new enemies to make it there, but “El Camino” isn’t exactly a thriller (despite a wonderful “High Noon” showdown). It’s more of a reclamation of a classic TV character from screaming victim of fate who was manipulated by Walter White to someone who’s ready to make his own decisions.

“Breaking Bad” was always a deeply cinematic show—it was shot on film—and so the transition to a feature feels organic. What I mean is that "El Camino" is both cinematic and like the show, as Gilligan uses the bright lights of New Mexico and the dark shadows of the world that Jesse has to descend into once more well. If anything, the visual language of his show was often underrated, and absolutely none of that is lost here. Gilligan could easily transfer his skills with composition to the big screen (and this will play on a few of them in conjunction with its Netflix run).

In terms of performance, “El Camino” is a vehicle (sorry) for Aaron Paul, an actor who hasn’t really found a part since Jesse that can show off his skills. He’s again great here, capturing the push-and-pull of trauma and need within Jesse. On the one side, he has been through something horrible—and we see glimpses of his time in captivity through flashback, including an extended one with Plemons’ Todd that directly informs the plot of the film—but he also knows that he does not have the luxury of time to grieve or heal. That can come when he makes it to Alaska.

Fans of “Breaking Bad” will draw thematic parallels between the new movie and their favorite show. There’s something fascinating to me about how Walter basically had no one at the end of the series but “El Camino” opens with Jesse calling on a network of people to enable his escape, including allies like Skinny Pete (Charles Baker), Badger (Matt Jones), and even Old Joe (Larry Hankin). A key character in “El Camino” says, “From where I sit, you made your own luck. As did your former partner.” There’s something telling about where those two versions of “luck” took both characters. It’s also interesting that “BB” was often about “plans,” almost as detailed as a procedural at times, and “El Camino” reflects that both in Jesse’s escape and that key flashback with Todd, in which Jesse was forced to help the sociopath who killed his girlfriend Andrea. To me, that flashback is key to the thematic success of “El Camino” and how it works in conjunction with “Breaking Bad” in that it informs so much of Jesse’s plans. One action leads to another. From the very beginning of the show through its epilogue. Now we’re just left to wonder what happened to Skyler. Maybe we’ll find out in 2025. 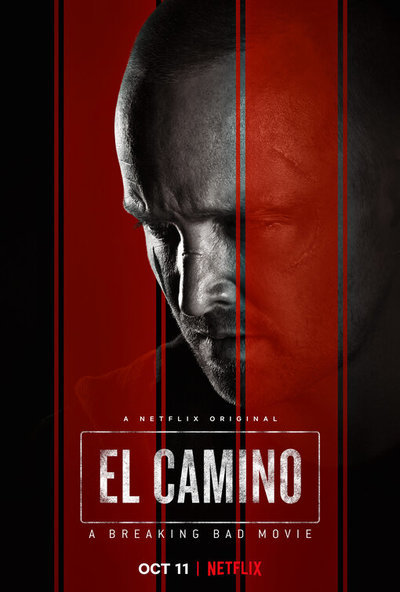