Dramedy “Don’t Worry Baby” may not be all that memorable, but the premise sure is: A guy might be the biological father of his own father’s illegitimate child with another woman. It’s the Tribeca version of a “Maury” episode, dressed up with Millennial malaise and upper class mid-life crises, as told with an overly straight face and wholesale indie presentation. Debut writer/director Julian Branciforte eventually loses control of his tricky pitch, especially as his generic vision can't support the story with a distinct tone.

The film does have a narrative economy, covering a great deal of territory in the first 15-20 minutes. We meet a budding photographer named Robert (John Magaro, “The Big Short”), who is rejecting offers from his distant father, Harry (Christopher McDonald), to work for him. The night after a photo shoot, Robert meets a woman his age named Sara-Beth (Dreama Walker), they come back to his apartment together and—boom—the story jumps to four years later. A lot has changed: Robert's photography dreams have dissipated, and he now works at his dad’s prestigious downtown preschool; Harry has just enrolled Mason, his illegitimate daughter, into the class that Robert is overseeing. Robert soon meets the mother, and is shocked when it’s Sara-Beth. The math of conception is soon performed, and after realizing that he could be the father instead of Harry, a paternity test is taken, to their equal contention. From this point, the movie merely follows them around as they wait for the results, while they both sneakily vie for Sara-Beth and share time with Mason.

"Don't Worry Baby"'s perspective on this saga is appropriately unusual. It sidesteps the bizarreness of the situation by placing characters in a shared air of acceptance, but feels too light with the new, life-changing developments that await. Branciforte invests time in the dour headspace of possible-dad Robert, but there’s little dramatic tension. The animosity is clear in the fine chemistry between Magaro and McDonald, especially as disheveled Robert doesn’t believe that estranged dad Harry deserves a second chance, but Branciforte ultimately fails to make us care about paternity test results.

Dreama Walker has too little of a character to work with, despite playing the woman who gave birth to this contested child; Harry's ex-wife Miriam (Talia Balsam) tries to normalize the scenario by eye-rolling through her ex-husband getting a younger woman pregnant, but her response too feels idealized. By being so hands-off about its tense topics, a whole gender seems muted, and the movie fails to communicate an awareness beyond its macho showdown.

Branciforte's writing lacks the nuance to take its absurd concept seriously, so it awkwardly injects comedy. It’s often too broad, as when Robert’s comic relief roommate Lenny (Tom Lipinski) is brought in as a playful nuisance, as if he came from a different dimension. Fights between Robert and Harry also fall flat (like when they’re both in the car with Sara-Beth, trying to woo her), lacking the sharp tongue that could make the emotional screwball underneath this plot resonate.

By the end, Branciforte answers the 15-minutes-in question of “WTF?” with a unique, warm sensibility about the non-nuclear family unit. It’s a fondness that recalls other domestic storytellers, from Hirokazu Kore-eda to Adam Sandler, who offer distinct takes on unique family situations. Whether completely downplaying it (like Kore-eda) or playing it way up (like Sandler), there’s little life to be found somewhere in the middle. 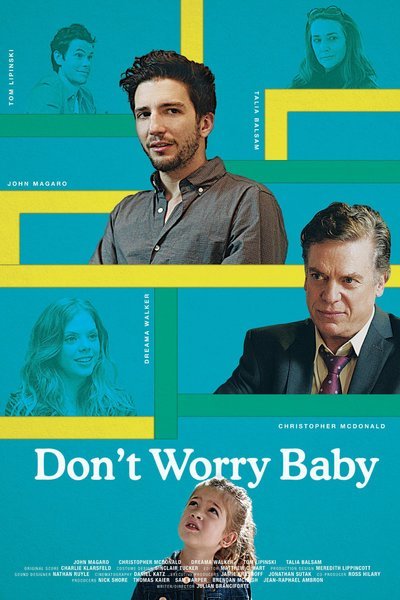