"Demon," a smart, atmospheric Polish horror film about a wedding that gets interrupted after the groom becomes possessed by a Jewish "dybbuk" (a cross between a vampire and a ghost), is a paradoxically heavy movie with a deceptively light tone. While many contemporary horror films use jump scares and gore to shock viewers out of complacency, "Demon" makes horror touchstones, like a disembodied child's hand emerging from under the bed, seem relatively normal. Or, put another way: the horrors of "Demon" are disturbing because you can see how ordinary they might seem to anyone who isn't paying enough attention.

Like most horror films, "Demon" is a morality play, one that concerns society's tendency of selectively erasing its past. English groom Piotr (Itay Tyran) insists on marrying his Polish bride Zaneta (Agnieszka Zulewska) on a rural plot of land she inherited from her grandfather Staszek. Zaneta's father did not build the barn that PIotr and Zaneta's wedding takes place in, but that doesn't really matter to the young couple: they want a traditional wedding. This is partly a defensive maneuver since their courtship was swift, and Zaneta's parents, Zofia and Zygmunt (Katarzyna Gniewkowska and Andrzej Grabowski, respectively) are at least mildly xenophobic: Zofia drunkenly asks (no one in particular) why her daughter couldn't find a nice Polish boy to marry while Zygmunt frankly tells Piotr "I don't know you."

Piotr and Zaneta's nuptials are further complicated after he stumbles upon a skeleton in a muddy sinkhole. Nobody else sees the skeleton, but Piotr insists that he saw something, and it wasn't an animal's remains. Recently-deceased co-writer/director Marcin Wrona initially focuses on Piotr's transformation: we watch as the eager-to-please foreigner tries to dance, drink, and joke his way into the spirit of things. But while Piotr's in-laws may not be as preoccupied by giggling children, a mysterious woman in black, and epileptic fits, Piotr eventually loses control of himself after he's possessed by a dybbuk, a Yiddish vampire that possesses a human body and attaches itself to its host's soul. Piotr may want to take care of his problems, but his new family must ultimately take care of him.

Here's where things get dryly funny and increasingly direful: Zaneta's family don't want to postpone the wedding. Zygmunt hides Piotr and tries to get a rational-minded priest, a pill-pushing doctor and a doddering Jewish professor to look at him. Of these three unwise men, only Professor Szymon Wentz (Wlodzimierz Press) is patient and open-minded enough to talk to Piotr. He's been possessed by Hana, a Yiddish-speaking woman who used to live in Staszek's village decades ago. Szymon is besides himself: he used to pine for this woman when he was younger. But now she's gone, and doesn't even know it. Too bad nobody listens to Szymon, a stammering academic who is practically laughed off-stage when he delivers his wedding toast.

Watching Press mutter something about Aristotle in front of a buzzed, and restless wedding reception is painful, and a little funny (albeit in a cringe humor kind of way). We can hear the boos and the jingling of flatware as Press soldiers on. But Wrona does not single out any individual faces of people who object to Szymon's speech. Dissenting voices could be coming from anywhere.

I loved watching Wrona take Zygmunt and his callous wedding guests throughout "Demon." There's a lot of subtext packed into believably drunken, vaguely accusatory dialogue, like when one guest laments that "In the old days it was simple. Everyone was Polish[...]And then the bad ghosts came in and divided all the Poles[...]First Germany, then Russia, then finally Israel." Zygmunt is a lightning rod for benignly dickish behavior: he shrugs that "the whole country's built on corpses" and even buffoonishly tries to hypnotize his guests into thinking that the whole wedding never happened ("We just have to sleep it off").

But the main pleasure of watching  "Demon" comes from the mix of dread and wry humor that Wrona conjures from soft lighting and sweaty brows. This is a movie about lost time and lost people, so it's funny to note how easily supporting characters slip in and out of the spotlight, like the doctor who jokes that he's as "sober as a skunk," or the priest who only believes in what he can see. Piotr's not their problem, though they are concerned and do care what happens to him. Still, even poor Zaneta is dismissed by her family members: her anxiety is handled rather than indulged. Watching these characters trip over each other in gorgeous tableaux vivant-style scenes—shot with gorgeous wide-angle photography—makes the film's strident political message go down more smoothly. It's a hard pill to swallow, especially given Wrona's real-life suicide. But "Demon" ranks up there with "The Witch" and "The Babadook" as one of the best recent horror films. 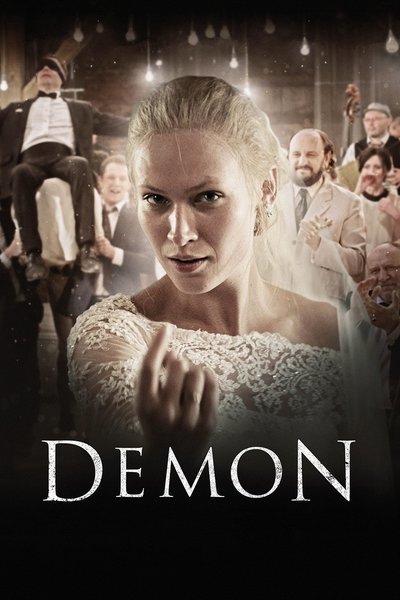