While I generally enjoy the “Anchorman” movies and other such films starring Will Ferrell and directed by Adam McKay, I really never thought I’d look at another movie and say that I missed the smooth comedic tone of such pictures. But “Daddy’s Home,” starring Ferrell and Mark Wahlberg, co-executive produced by McKay, and, apparently crucial difference here, directed by Sean Anders, is such a hit-and-miss mess that it makes the wild-and-crazy-to-the-point-of-sometimes-flailing tenor of “Anchorman” and other such Ferrell vehicles feel like finely-tuned Logitech vehicles.

The setup is familiar, predictable; Ferrell plays a simpering, good-hearted wimp and square, Brad Whitaker, stepfather to two adorable moppets who is soon obliged to compete with their ultra-cool biological father Dusty (Mark Wahlberg), who’s more aggressive in his passive aggressiveness than is customary. He’s got a leg up on Brad already in that the kids make no attempts to conceal their contempt for by-the-parenting book Brad. Although Brad isn’t the only one here who’s by-the-book. From the automatic nostalgia-inducing college-rock opening-credits song (The Pixies’ “Here Comes Your Man”) to the part when we’re expected to laugh at a seven-year-old-girl saying “I think it’s sweet that he’s crying like a bitch," the movie is entirely rote in its opportunistic cynicism.

Director Anders, who takes a co-writing credit  here with John Morris and Brian Burns, is also a brain behind such fare as “We’re The Millers” and “Horrible Bosses 2.” What he brings to the table is neither particularly pleasant nor funny. For instance, there’s a scene in the film’s last third, after Brad determines to turn the tables on Dusty, who’s previously been undermining Brad by showing off his handyman skills and saddling him with a “pet” for the kids, a junkyard dog named “Tumor.” Brad scores tickets to a Lakers game (this movie takes place in a universe in which Kobe Bryant, who cameos, is still the idol of millions rather than a sad reminder of the ego-over-substance state of contemporary professional basketball), gets drunk, and gets picked to shoot from the free-throw line at half time. The setup for the joke that follows is that there’s a group of children in wheelchairs sitting at courtside. Yes, “Daddy’s Home” goes there. No, it’s not funny.

Also not funny: the film casts Linda Cardellini as Brad's wife Sarah, and gives her nothing to do except wear swanky clothes and look concerned at Brad, except for one scene set at a fertility clinic in which she’s obliged to look yearningly at Dusty’s genitals. (Long story.) Despite Wahlberg and Ferrell clearly having the goods to bring some solid comic interplay to the project, they’re not together on screen for more than a minute or so before some labored sight gag is dragged in to shut them down. Things pick up in any scene featuring Thomas Haden Church and/or Hannibal Burress. Church plays the manager of “The Panda,” a smooth-jazz radio station where Brad works; he’s always dispensing idiotically profane advice or telling idiotically profane stories. Ferrell’s deadpan responses are always spot-on. (A colleague said, on exiting the screening, that he would have been delighted by a movie that had been entirely set at “The Panda.”) Hannibal Buress, as a contractor hired and then fired by Brad as a result of his letting Dusty get “inside his head,” as Cardellini's character warned him, is also very funny after he’s “adopted” by Dusty and given a bunk at the increasingly crowded Whitaker household. These two actors provide a sense of What Might Have Been, to the extent that I suspect, or perhaps would just like to believe, that the lion’s share of their work was improvised. Because, unlike the stuff Anders obliges his performers to do (which, again, I intuit is the stuff that most resembles “We’re The Millers”) it actually is funny. As is, I admit, the movie’s finale, which arrives after the whole scenario has delivered its five minutes of earnestness, to cut into the approximately eighty minutes of more or less utter crude sourness that preceded. 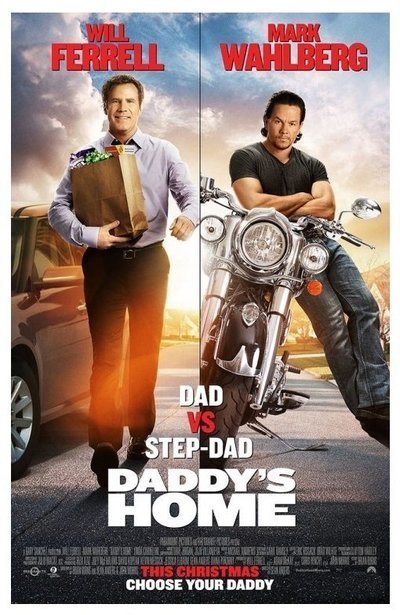 Rated PG-13 for thematic elements, crude and suggestive content, and for language.

Will Ferrell as Brad