There is a large, loud question right at the center of “Cruising,” and because the movie lacks the courage to answer it, what could have been a powerful film dissipates its force and leaves us feeling merely confused and annoyed. The question is: How does the hero of this film, an undercover New York policeman, ultimately really feel about the world of homosexual sadomasochistic sex he is assigned to infiltrate?

Is he touched by the sexual underground in an important way? Is his own sexuality involved? Is he intrigued by the aura of violence? The movie won’t say. And its failure to commit itself would be less annoying if it weren’t for the fact that the whole thrust of the movie is toward setting up those questions –which the ending then leaves deliberately and confusingly unanswered.

“Cruising” is, of course, a film with a controversial history. It’s about a series of violent New York murders in which the victims all frequent clandestine Manhattan nightclubs in which gay men gather to dance, drink and make pairings while enveloped in an S&M atmosphere of leather, boots, whips and chains. Clubs like that thrive in all the big cities, and their promise of danger is usually just atmosphere.

But when director William Friedkin announced plans to set a movie in that milieu, and to film it as much as possible on location, the New York gay community rose up in protest. “Cruising,” they said, would present a distorted view of gay life. It would imply the small subculture of S&M was more prevalent than it is, and that, if gays were “into” violence, attacks on them would somehow be justified.

The validity of these arguments is questionable and I plan to discuss them in another article. For the purposes of this review, however, let it be said that the dramatic power of “Cruising” seems to have been very negatively affected by the protests against the movie. There’s evidence here that key elements of Al Pacino’s central role were altered or compromised so that Pacino’s own involvement in the events of the plot is deliberately left unclear. Since the movie is about his involvement – much more than it’s “about” the challenge of solving the killings – what we’re left with is a movie without the courage to declare itself.

Pacino plays Steve Burns, a young patrolman who's assigned to go undercover, enter the waterfront world of S&M bars, and try to attract the man who has been stabbing young men to death. Why Is he chosen? Because he matches a rough physical description of the victims. Who is the Pacino character, and what's he like? The movie never really tells us: We learn so little about this guy we almost suspect that important scenes have been left out. He does have a girlfriend, we learn, and his work in the gay bars seems to affect his relationship with her . . . but why? How?

We don't know, because he evades her questions with monosyllables. Is he bisexual himself? Again, we can't say, and the movie is so annoyingly unclear about whether he actually engages in sex with the men he meets in the bars that it's a cop-out. Whether he does or doesn't have gay sex Is central to this story' and the movie makes that obvious, and yet Friedkin looks the other way at crucial moments. Is he afraid to offend anybody? Then why choose this subject?

The murder investigation itself Is complicated enough on the surface. but careful thought after the movie will reveal that the plot structure is basically a mess. That isn't supposed to matter, I think, because the movie is really supposed to be about Pacino's progressive involvement with the S&M subculture. And there is some implied evidence that by the end of the movie Pacino is moving toward a gay orientation and does not find S&M all that unspeakably out of the question.

Since the movie fudges on that too, though, we're finally left in a state of exasperation. And the movie's final scene-Pacino's girlfriend puts on his leathers and clanks toward him as the screen fades to black-is a complete red herring. Amazing.

Here's a movie that's well visualized, that does a riveting job of exploring an authentic subculture, that has a fairly high level of genuine suspense from beginning to end. . and that then seems to make a conscious decision not to declare itself on its central subject. What does Friedkin finally think his movie is about? 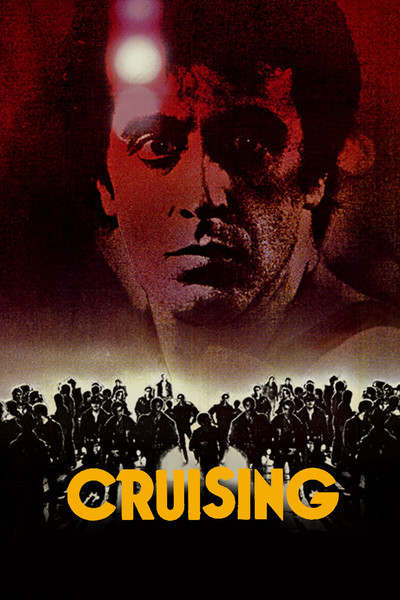