I thought of one of Roger Ebert’s most famous quotes while watching “Cold Blood”: “No good film is too long and no bad movie is short enough.” I think he’d understand what I mean when I say that “Cold Blood” feels like the longest movie of the year.

Frédéric Petitjean’s alleged thriller is so flat and joyless that it actually made me like “Leon” less. You see, if Jean Reno didn’t star in that 1994 Luc Besson hit, he probably wouldn’t be playing a hitman for the umpteenth time a quarter-century later. Even the typically-strong actor can’t muster any strength to pretend to care about Henry, the hitman he plays here. Half-asleep through the entire film, Reno’s Henry is one of those “serious movie hitmen” who reads The Art of War and lives in remote cabins in the middle of nowhere. In other words, he’s a walking cliché of a hired killer, some of them having become a part of the thriller lexicon by people who saw “Leon” and tried to mimic its quality without ever understanding it in the first place. (The fact that both "Leon" and "Cold Blood" share a cinematographer too in Thierry Arbogast is all the more upsetting given how this film isn't even visually competent. Both Reno and Arbogast seem to be repaying a favor, and only halfheartedly so.)

Ten months since his last job, Henry resides in a cabin that’s barely even accessible by snowmobile. That’s how a woman named Melody (Sarah Lind) enters his isolated world, crashing her snowmobile close enough to his cabin that he finds her injured body. He takes her back and nurses her to health while the film cuts to a detective named Kappa (Joe Anderson), who is trying to solve Henry’s last crime with a dedication that makes absolutely no sense. Can Melody trust Henry? Why was she really in the Rockies in the first place? And how will Kappa find his way to the snowy setting of the rest of the film?

It’s almost impossible to care about the answers to any of those questions. First, there’s a twist involving Melody that’s easy to see coming from incredibly far away, but the film hinges on it being way more interesting than you’re likely to find it. “Cold Blood” becomes an exercise in tedium, hampered not only by an almost nonexistent plot but the most awkwardly written and delivered dialogue of the year. It’s like someone read a bad crime novel out loud in another language into a Google Translate app. And then the actors learned their lines phonetically. There are exchanges of dialogue in “Cold Blood” that are so unnatural that I almost thought I was watching a dubbed film for a second. (It’s not dubbed.) One scene in particular involving a woman with dementia is downright Wiseau-esque in the quality of its writing.

If you’re wondering if this means that “Cold Blood” is so bad that it veers into B-movie entertainment, I’m sorry to report that this is not the case. Several people told me that my pan of "Gotti" around a year ago actually made them want to see it just to experience the awful for themselves and then they all regretted it. Trust me this time. "Cold Blood" isn’t so much hysterically awful as simply lifeless. 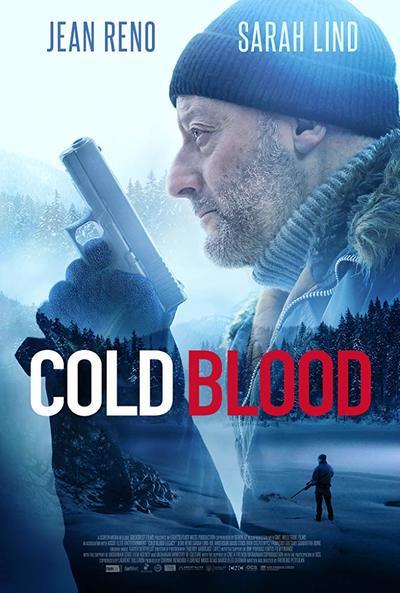