"Closely Watched Trains" is a quiet, charming, very, human film. It comes from Czechoslovakia and isn't pushy like those big American movies; it will not force its point of view on you, or sweep you up in a tide of emotion. Indeed, if you're charged up emotionally, you'd better lie down for an hour or two before going to see it. It requires an audience at peace with itself.

The story has to do with a young apprentice railroader (Vaclac Neckar) who fails to make love with a sweet young conductress (Jitka Bendova). Fearing he isn't adequate as a man, he tries unsuccessfully to commit suicide.

Then a friendly doctor (played by Jiri Menzel, the director) suggests that the unhappy youth distract himself while making love (say, think of a soccer game) or find a more experienced woman. When the stationmaster refuses to volunteer his wife, young trainee Milos bravely seeks other candidates and finally succeeds with a resistance fighter named Victoria.

Relieved and happy to discover that he is indeed a man, the youth blows up a Nazi ammunition train and becomes a hero. End of movie. But the plot (as is usually the case with good movies) has very little to do with what the movie is about, and hardly anything to do with the effect it will have upon you.

This is a movie about innocence. There are worldly people in it (including the train dispatcher, who delights in rubber stamping his female conquests). But they are all seen through the wide, sincere eyes of young Milos. He is no Prince Hamlet, nor was he meant to be; his grandfather was crushed to death while trying to hypnotize the German army into retreating, and his father retired at the age of 46 and sleeps on the sofa all day. Milos happily takes the trainman's job, since all he will have to do is stand on the platform and kill time.

He is unheroic, naive and not very bright. But the saving force of love reshapes his destiny, as they say. 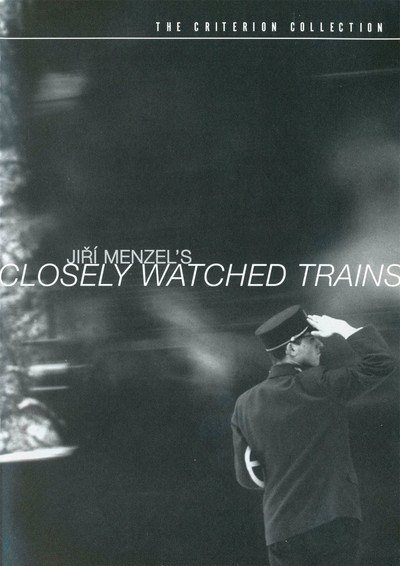