“Chick Fight” was written and directed by men who don’t seem to have had much contact with actual women in their lifetimes.

It’s a bizarro fantasy vision of ladies beating the living crap out of each other under the flimsy guise of empowerment. But really, this premise provides the opportunity to show female fighters punching and kicking, sweating and bleeding, panting and ultimately falling to the floor in slow motion, bodily fluids flying as they drop with a thud. So not only does “Chick Fight” trot out sexist character tropes, it also wallows in trite boxing-movie cliches.

Director Paul Leyden and writer Joseph Downey have concocted what is superficially a female version of David Fincher’s era-defining “Fight Club,” with its disparate array of women pummeling each other in a spare industrial space in the middle of the night, seeking refuge from their troubles. But it offers no such insights into the nature of aggression and no real comedy—dark or otherwise—just broad characters, wacky antics and extreme injury.

At the center of the story is Malin Akerman, who also serves as a producer, although it’s hard to imagine what drew her to this material. She stars as Anna, a single Florida woman whose life is falling apart in every way. (An early indication of where this movie is headed comes in the opening sequence, when Anna goes to the bathroom and finds herself trapped without toilet paper.) Her car gets towed, her coffee shop is failing, her mother recently died and her father (six-foot-ten former wrestler Kevin Nash) has come out as sexually fluid. (The flirty scenes between him and Alec Mapa as his diminutive boyfriend are especially cringey in their hackneyed flamboyance.)

But Anna’s best friend, a brash, lesbian police officer named Charleen (Dulce Sloan, the movie’s one sporadic bright spot), suggests a way for her to work through her many frustrations. She brings Anna to an all-female fight club, where the no-nonsense, wisecracking Bear (Fortune Feimster) oversees the proceedings. There are actual rules of combat, which aren’t all that interesting, but they do force Anna into the contrived situation of having to fight the group’s reigning champ: the fearsome Olivia (Bella Thorne), who’s far more experienced and about 20 years Anna’s junior. The trash-talking Olivia also competes with Anna for the affections of the fight club’s doctor and the only man allowed inside the room, played by Kevin Connolly. Nothing about this would-be love triangle makes sense, and Akerman and Connolly share zero sparks. Also, there wasn’t a single woman doctor available in the entire state of Florida to provide medical attention? But now I’m just nitpicking because I’m annoyed.

Anna’s other baffling male relationship is with Alec Baldwin as her reluctant trainer. He’s a washed-up drunk who wastes away his days and nights at a tacky beachfront bar. (Director Leyden offers a ridiculous number of gratuitous cutaways to the bartender, played by his wife, French actress Alexia Barlier. She’s very beautiful, but do we really need to see her react to everything?) Baldwin’s Jack Murphy grudgingly puts Anna through the paces in a series of obligatory training montages. One of them finds her repeatedly punching a watermelon on the sand; later, she’ll get kicked in the groin with a coconut, which leads to an overlong and painfully unfunny hospital scene.

But Baldwin also gets stuck spewing empty platitudes about finding your inner bravery, and the fight-club regulars rhapsodize about working through their anger and facing their fears. And the whole story hinges on a sentimental connection that’s as improbable as it is hokey. The abrupt turn into gooey, feel-good territory after so much unabashed raunchiness isn’t just awkward, it’s irrelevant. By then, it’s too late to salvage this thing with actual feelings. 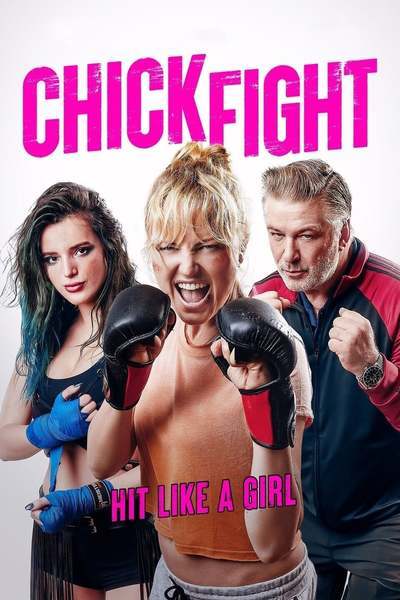 Rated R for language and sexual material throughout, some violence and brief drug use.