"The Buena Vista Social Club," a 1999 film about the music of Cuba and the independent spirit of musicians under Fidel Castro, is a rare nonfiction feature to become a phenomenon. Directed by Wim Wenders ("Paris, Texas" and "Wings of Desire"), it was nominated for an Oscar as Best Documentary and grossed a staggering (for a nonfiction film) $23 million at the box office. And it inspired untold numbers of non-Cubans to familiarize themselves with such musicians as Ibrahim Ferrer, Compay Segundo, Rubén González and Elíades Ochoa, who were deep into senior citizenhood when Wenders' camera crews tracked them down for interviews and watched them play concerts in New York and Amsterdam. The movie followed on another success, guitarist and composer Ry Cooder's same-titled 1996 studio recording, which has sold over 12 million copies to date.

Given all this, the death of Castro and the resultant opening-up of Cuba to the United States would seem like a slam-dunk for an enterprising documentary filmmaker. A sequel would let us catch up with the surviving musicians, find out how their late-career international success affected them, and give us a sense of how both Cuba and its music scene have changed since the movie and the album came out two decades ago.

Unfortunately, Lucy Walker's "Buena Vista Social Club: Adios" plays more like a well-intentioned but unsatisfying addendum to Wenders' movie and Cooder's recording. There isn't enough in the way of new information or observations to justify a full-length feature. Castro's death would seem like a fine pretext for revisiting the old stomping grounds, but so much time has elapsed that the movie can't find a decent way in again. Watching the film feels a bit like revisiting your old school long after you've graduated, or returning to your hometown after years of living elsewhere. So many geographical and emotional signposts have disappeared or been subsumed that the movie seems to be struggling to recapture lightning in a bottle, then settling for reminding us of how extraordinary that bottled lightning was.

Something feels off from the opening section, which revisits the Buena Vista Social Club—a haven for Black musicians and their music—and finds that there's nothing much to see. The place is a gym now. Areas that used to house a stage or a bar now contain weight machines and treadmills, or have been reconfigured by walls that weren't there before. From that point forward, the film contents itself with retelling stories that we heard in "The Buena Vista Social Club" while cutting between the disappointing, disconnected present and the raucous, glorious past.

The change in visual texture is intriguing if you're into that sort of thing—the crisp, high-definition video of today giving way to blocky, fuzzy low-res footage from the Wenders film, and from personal archives. But there's a disquieting sense that the filmmakers are using all of their powers to create a follow-up that honors the original yet stands apart from it, and never quite getting there. There's dazzling new material in the middle, showcasing previously unseen footage of vocalists Ibrahim Ferrer and Omara Portuondo, but it's not enough to make you feel as if you're seeing a fresh take on this subject. The most effective section of the film is the final third, which celebrates the lives of seven musicians who died in the two decades following the release of "Buena Vista Social Club." But here, too, there's a sense of too little, too late. 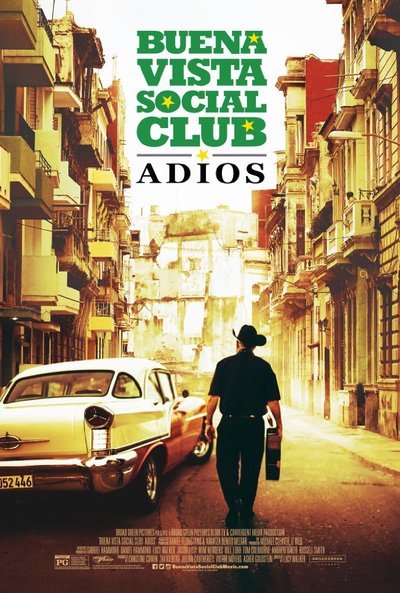