Bottom of the 9th

We usually see real-life couple Joe Manganiello and Sofia Vergara in heightened roles that make the most of their looks. Each is almost an exaggeration of physical beauty and sizzling screen presence, and both have played roles that capitalize on it, Manganiello as a male stripper in “Magic Mike” and its sequel, with the show-stopping “I Want it That Way” dance number, and Vergara as the bombshell second wife of a wealthy older man in television’s “Modern Family.”

We can almost see their relief as they take on understated roles in “Bottom of the 9th,” produced by Manganiello, giving them a chance to show their ability to carry off subtle, heartfelt drama. The film also benefits from their genuine chemistry and their trust in one another as they play a one-time couple trying to figure out if they can start over.

Sonny Stano (Manganiello) has been released from prison after 18 years, and he returns home to his late mother’s apartment, where a shelf of baseball trophies from his days as a star recruit for the New York Yankees tells us where he would have been but for one terrible, tragic moment. Several other characters tell us that, too, because this first-time feature script does not think we will get what is going on unless we get it spelled out for us more than once. So, there is some awkward and expository-heavy dialogue to slog through, especially at the beginning, and then again as the details of Sonny’s past are revealed. Plus, the female lead is a superficially written perfect person whose nickname is Angel.

But once those details are established, the movie relaxes a little with scenes that let Manganiello show just how good he is in quiet moments, especially when meeting with his parole officer (the always-impeccable Denis O’Hare), and, after he leaves his first job in a fish market to help his former baseball coach with a Yankees farm team called the Empires. Manganiello uses his physicality well, his posture and gait shifting as he develops more confidence and allows himself to feel his natural athleticism.

Sonny runs into his high school girlfriend Angela (Vergara) who is now a teacher and a single mother of a 10-year-old girl. They are drawn to each other in scenes with a warm, genuine, sweetness, but her protective cousin, a cop, tells Sonny to leave Angela alone. He does not want Sonny to hurt her again. Sonny’s own fear of hurting her or being hurt is an even more insurmountable barrier.

Angela seems willing to take that risk, but Sonny has more than a wary cop to worry about. “I’m 38 years old and I can’t deal with maybes anymore,” he says. He has spent so many years being numb in prison that he cannot bear to hope anymore. At least not wanting anything gave Sonny a sense of being in control. He has to decide whether he can find a way to risk feeling again, even if it means that the feelings might be painful. Many people in the community will never forgive him for what he did. He has to decide whether any amount of suffering will make him feel that he has paid enough of a price.

The farm team coach assigns Sonny to work with Manny (Xavier Scott Evans), a talented but erratic player who insists he does not need any advice but falls apart if he does not get a hit. Finding a way to help someone gives Sonny a chance to heal, and gaining the respect of the Empire team reminds him that he still has a lot to give.

The first-time feature screenplay by Robert Bruzio has some rookie roughness and does not deliver on its grander aspirations. But while it wavers with heavy-handed dialogue, underwritten supporting characters, and a storyline that veers away from its original grittiness, Manganiello keeps it grounded with a performance of sincerity and heart. 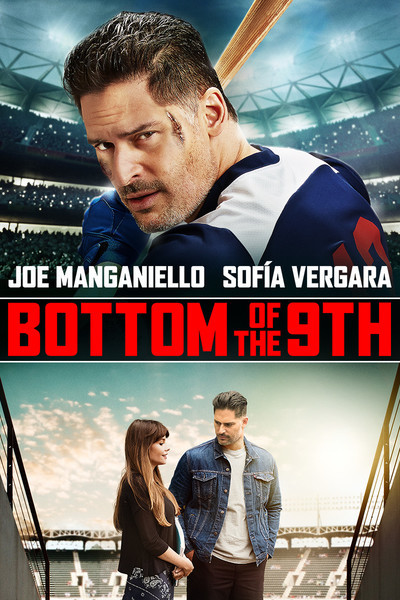