Movies have been trying to teach us for years that we should stop going outdoors and we just don’t listen. The latest entry into this cinematic series of cautionary tales is Roxanne Benjamin’s “Body at Brighton Rock,” which premiered at South by Southwest on opening night before a theatrical release next month. Benjamin has shown her talents in the anthology films “XX” and “Southbound,” but she gets just as lost as her protagonist with her feature-length debut, a movie that never justifies its scant running time or settles on a tone. Benjamin never quite replicates that creepy feeling of being alone in a dangerous place, resulting in a film that that needs some dirt under its nails and to get under our skin to be effective. It simply never is.

Karina Fontes plays Wendy, the least experienced and responsible employee of a national park called Brighton Rock. We know this because we see her showing up late to the morning meeting and her colleagues doubt her ability to get a tough job like replacing signs along a challenging trail. So that her friend can stay back and flirt with a cute guy, she offers to swap into that tough assignment, heading out into the woods. She’s got a map, flashlight, and other equipment, and it’s a bright sunny day. What could go wrong?

First, she gets very lost after misplacing her map. High on a ridge overlooking a giant valley—I did love the visual concept of being alone in a place where you can see for miles—Wendy’s phone goes dead and she starts to panic a bit. Of course, that panic is amplified greatly when she spots a dead body from her perch. The guy could have fallen, but something looks suspicious. The wounds aren’t in the right place for a fall. She radios it in, but now it’s late enough that they can’t get people up till morning. And it’s her job as a park employee to stay with the body, especially if this could be a crime scene. A lonely, scared person can experience a lot of terror overnight in the middle of the woods, especially camping next to a corpse.

The problem is that we rarely, if ever, experience that terror with Wendy. It’s through no fault of Fontes, who’s in nearly every frame of the film, that Wendy’s predicament simply isn’t conveyed cinematically. The threat isn’t high enough. Of course, there’s a symbolic register in someone having to overcome her own fears of being unable to do something more challenging than she’s ever done before, but even that sense of triumph doesn’t translate, and is arguably betrayed by a goofy twist ending. We need to feel the cold of night, the sounds in the distance, the crunchy of leaves, the rattling of tree branches—but we rarely do. I was never with Wendy, only watching her from afar. From the safety of being indoors, of course.

This review was filed from the South by Southwest Film Festival on March 9th. 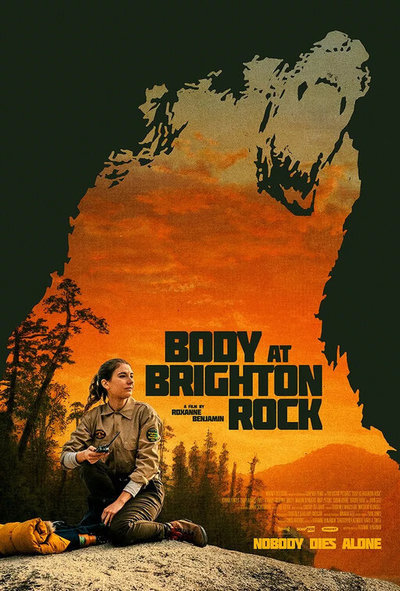