There are two scenes in Jason Friedberg and Aaron Seltzer's "Best Night Ever" that work: they are screwball and goofy which, unfortunately, only serve to highlight the fun film it could have been. In one, the four heroines crouch in a dumpster, hiding from the cops, all in the frame at once. The other is a long montage sequence where they race around Las Vegas carrying out various "Bachelorette Party" games like "Scare Someone", "Create a Flash Mob", or "Kiss Someone With a Mustache". The four actresses are funny and ridiculous and toss themselves into the story with gusto. But these sequences are surrounded by scenes collapsing with dead air, contrived plot twists, and an underlying persistent racism.

Bride-to-be Claire (Desiree Hall) heads to Las Vegas for her bachelorette party. She's joined by her uptight sister Leslie (Samantha Colburn), who keeps shooting eye-daggers at Claire's best friend from childhood Zoe (Eddie Ritchard), who is filming the whole thing. Driving the car is Janet (Crista Flanagan), another friend. The mishaps begin immediately. Leslie's credit card is denied at the plush hotel. They end up in a filthy motel offering hourly rates. Claire's dildo-decorated tiara bursts into flames and chunks of her hair fall out. Zoe tries to buy cocaine from a valet (because, of course, all valets are drug dealers) and he ends up mugging them at gunpoint, stealing Claire's engagement ring. There's more, including a lap dance gone wrong, copious shots of alcohol, a stolen limousine, and a disastrous Jello wrestling contest. There's also a "Spring Breakers" knockoff scene in which the girls don ski masks and try to get the ring back.

All of this action is filmed by the main characters, passing the camera off to each other. The herky-jerky style doesn't feel suited to this material. Producer Jason Blum heads up the "Paranormal Activity" franchise, and there it works, because what we can't see is often more frightening than what we can. Friedberg and Seltzer use the same found-footage style in "Best Night Ever" and it's a mistake. Comedy requires a more delicate, specific touch, but here, the air is slowly let out of the balloon as the scenes limp forward. It's not an accident that the two best sequences I mentioned are either completely stationary or cut together in a traditional montage style.

The treatment of minorities in the film is appalling, the worst example being a naked heavyset black woman who turns into a literal Movie Monster, chasing the girls, attacking them, and re-emerging again and again in ever-more threatening ways. That the filmmakers think she's hilarious enough to bring back in the coda might be the most disturbing touch of all. 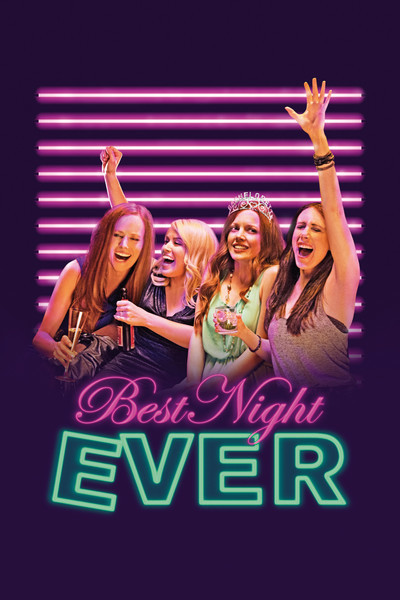