The spectacularly dumb, weirdly entertaining bad-taste thriller "Bad Samaritan" is the kind of movie that many will assume can only be enjoyed ironically, or just with some sort of emotional detachment. This serial-killer horror flick does, admittedly, sound like low-brow kitsch: former "Doctor Who" star David Tennant, playing murderous trust-funder Cale Erendreich, chases after glassy-eyed, underachieving artiste Sean Falco (Robert Sheehan) in an expressive, sleazy, sub-Hitchcockian battle of snobs versus slobs. It isn't exactly a good film, but it is weirdly charming, thanks to its creators' exuberant commitment to tacky ideas.

Cale is rich and perverse enough to try to ruin the life of Sean, a petty thief who makes the mistake of breaking into Cale's ultra-luxe Portland, Oregon house. Sean discovers an appropriately petrified Helen (Lisa Brenner) tied to a chair just two floors above Cale's garage-set torture room, where he keeps his Maserati and impeccably mounted tool kit.

"Bad Samaritan" starts out like a lurid stoner horror film. This comparison isn't made arbitrarily: early on, Sean conspicuously smokes a joint with his best buddy/fellow thief Derek (Carlito Olivero), a restaurant valet who—with Sean's help—sneaks into clients' homes and selectively divests them of their valuables. This table-setting scene of recreational drug use doesn't tell you a lot about Sean, but it does cast the film's slow-burning first act in an inadvertently funny light. Maybe Sean's status as a stereotypical pothead makes it easier to understand why a later scene, set in an outdoor car-park, is shot with special attention on Sheehan and Olivero's highly visible breath as it rises from their mouths like dragon's breath. And maybe Sean's one-time toke also accidentally explains why there are so many low-key red herring jump scares throughout the film's first 45 minutes. And hey, how about the film's dimmer-switch-low lighting, and hazy grey color palette? Maybe this is what it's like to be the Cary Grant character in a Hitchcock thriller, only super-high, young, and capable of any number of dumb life choices, like trying to call the cops on a super-rich guy who has a torture chamber in his house.

Then again, one of the main pleasures of watching "Bad Samaritan" is puzzling over the barely sensible motives of dim-bulb characters like Sean. This is, weirdly enough, the main appeal of Tennant's character, an absurdly calculating antagonist whose motives are a great source of mystery (but not really). Cale's weird need to destroy Sean is that much more tantalizing thanks to his bizarre Freudian backstory about horses and childhood trauma (it's hinted at in the film's opening scene). Receptive viewers are bound to enjoy watching Tennant's motiveless killer half-scowl and half-pout like the Muppets' Sam the Eagle as he painstakingly dismantles Sean's life in the silliest, and most aggressive ways. Nothing is sacred, not Sean's parents' jobs, not his Facebook password, and not his girlfriend's college lecture on ... glaciers?

This movie proves the Oscar Wilde joke about how playing the piano "accurately" is over-rated as long as you play "with expression": you don't need to be technically accomplished to make a fun, unsound piece of pulp fiction. There's even a certain charm to the film's sleazier scenes, the ones set in Cale's remote cabin, where he locks Helen up in a a homey jail-cell-like enclosure—complete with designer blankets and Land's-End-catalogue-quality clothes—that seems to have been home-decorated by Crate and Barrel. There's not a distracting amount of gore or nudity in these scenes, though there is some of both. Cale's rote serial killer backstory is made bearable by Tennant's gamely hammy performance (the man tears up scenery like Pacman gobbles up pellets).

What I like most about "Bad Samaritan" is that it seems to have been made by people who refused to be stymied by their long-term lack of direct contact with actual human beings, as evidenced by the film's tin-eared dialogue. These filmmakers keep on stacking bad ideas on top of each other until bombs, literal skeletons, and live, menacing people are leaping out of closets, premature graves, and convection ovens. If you feel a little ironic detachment coming on, remember: if "Bad Samaritan" works for you, your pleasure can't be all that guilty. 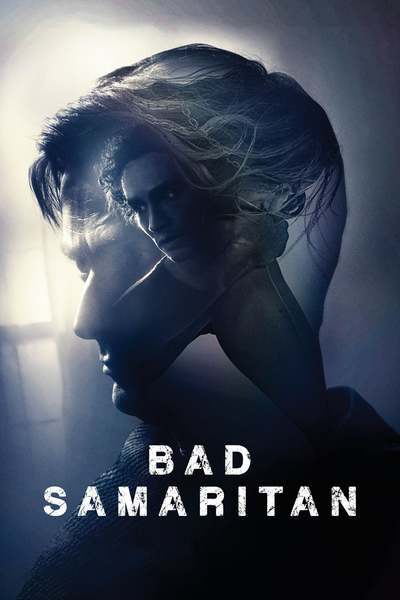 Rated R for violence, language throughout, some drug use and brief nudity.