If I were to tell you that the new film “Aferim!” was set in the mid-1800s and followed a couple of bounty hunters as they roamed the countryside in pursuit of an escaped slave, there's a pretty good chance you might assume it took place in America in those grim years before the Emancipation Proclamation and that this movie served as another expose of one of the most shameful aspects of our nation’s past. In fact, this smart and occasionally quite powerful drama is set in Romania. But while the location may seem remote, the horrors that arise from the decision of one group of people to treat another as little more than property—not to mention the twisted ways in which they attempt to justify these actions to themselves and those under their thumbs—remain depressingly universal and even more depressingly contemporary more than two centuries down the line.

The film is set in the Romanian territory of Wallachia in 1835, a period when it was technically under Ottoman rule but essentially under the thumb of Russia and where the Romani people, essentially itinerant gypsies, were openly bought and sold as slaves. As the story opens, blowhard local constable Costandin (Teodor Corban) has been hired by one of the prominent area landowners to track down and return Carfin (Toma Cuzin), a slave who supposedly stole some money and ran away. Accompanied by his teenaged son Ionita (Mihai Comanoiu), Costandin roams the countryside in pursuit of Carfin, beating, humiliating and otherwise abusing any and all peasants or Roma people that he encounters as a way of obtaining information as to Carfin’s whereabouts. Eventually, the two manage to track down Carfin at the home of an elderly peasant couple and take him away along with another Roma runaway, a young boy named Tintiric (Alberto Dinache).

As it turns out, Carfin is not exactly the subhuman slave that Costandin like to believe all Roma to be—he tells stories of his journeys to Paris, Vienna and Leipzig in the hopes that Costandin will find it in his heart to let him go. When that doesn’t work, Carfin then reveals that the real reason that he ran away is that he was caught having sex with his master’s wife—not only that, it was she who actually did the majority of the seducing—and that if he is returned, his master will almost assuredly kill him outright in revenge. Although this story causes Ionita to have second thoughts about their mission, Costandin pooh-poohs those worries and assures both his son and Carfin that he will utilize his considerable influence as a constable to ensure that Carfin will only receive a beating and nothing more. Alas, when they finally reach Carfin’s owner (Alexandru Dabija), they discover that not only does he have a punishment in store for Carfin that is arguably worse than death but that Costandin’s perceived power and influence stands for absolutely nothing when compared to those who have actual power and influence and who do not hesitate to wield it. (“Aferim,” by the way, is an Ottoman Turkish word that roughly equates to “bravo!” and its use here is of the decidedly ironic variety.)

“Aferim!” is the third feature film from director Radu Jude. While I cannot say that I am familiar with his previous efforts (“The Happiest Girl in the World” and “Everybody in Our Family”), his skills as a filmmaker cannot be denied here. In telling a story that has not really been conveyed before cinematically (according to IMDb, there has only been one other film to tackle the subject of Roma slavery and that was a now-lost silent feature from 1923), he and co-writer Florin Lazarescu have created a meticulously researched narrative that may not be based on any one specific story but which contains enough moments of recognizable human truth, ranging from a palpable sense of anger (largely directed at the clergy, many of whom were owners of Roma slaves themselves) to a bracing streak of dark humor (such as a scene involving a priest who unleashes a string of racial and ethnic jabs that take even the cheerfully racist Costandin aback), to give it a sense of realism that is too often lacking in most docudramas of late. On the directing front, Jude gets strong performances from his three leads and, with the help of cinematographer Marius Panduru, has created an uncommonly beautiful film (shot in 35mm widescreen and in the glory of black & white) that at times evokes the simple beauties of classic Westerns.

If there is a complaint to be made about “Aferim!,” it is in the fact that Jude has elected not to give viewers any sort of explanation regarding this key period of Romanian history before dropping them into the narrative (there is only a title card reading “Wallachia 1835”). Although one is able to pick up enough details along the way, perhaps a little more historical information might have been helpful to those for whom this particular era and area of the world remain a mystery. Of course, there is always the possibility that Jude is simply pointing out that the place and time of his story is hardly the point—what is important is to recognize that the concept of people demonstrating unimaginable cruelty to others based on such seemingly arbitrary things as race, gender, religion, sexual orientation or birthplace is something that is familiar throughout the history of the world and which, sadly, continues on to this day. At one point, Costandin rhetorically asks if people will remember and acknowledge all the things that he and people like him did 200 years in the future. The answer, as “Aferim!” makes sadly clear, is yes. 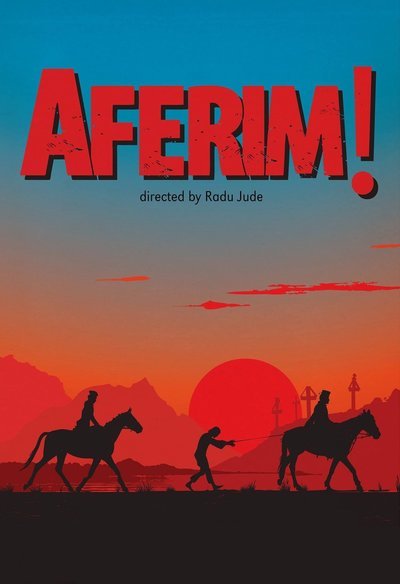