Taraji P. Henson deserves better. She’s more than proved herself worthy for award-winning roles by playing the hero in “Hidden Figures” and the anti-hero on “Empire.” But in this Tyler Perry movie, she’s playing a mad black woman whose uncontrollable rage is a well-known threat to her safety and others. Just because her character speaks against stereotypes of angry black women, doesn’t mean she isn’t a walking cliché herself. Fortunately for Perry, Henson could read a dictionary and make it entertaining.

“Acrimony” is a story about bitterness and anger, with a dictionary definition of the title filling the screen to set the mood. After a brief and stilted court scene, Melinda (Henson) is smoking and talking to the camera where an unseen psychiatrist should be sitting. She recounts her story in voiceover, of the man (Lyriq Bent) who took her love, money and mother’s home from her for his pet science project. Just when they were at their lowest point, his luck changes, and suddenly Melinda can’t let go of the past. Her rage consumes her little-by-little.

Henson is no stranger to Perry’s fondness for dramatics, previously working with him on movies like “I Can Do Bad All by Myself” and “The Family That Preys.” In “Acrimony,” she revels in her characters’ mood swings, changing from cold and calculating to a fury of screaming and hitting insanity. In one notable scene, she’s fuming mad at the man in her life. Sitting in a chair with her legs crossed, she does nothing but take long puffs from a cigarette and talk. As the plumes of smoke diffuse in front of her, it looks like she’s burning up from the inside out, ready to explode at any moment. Hell hath no fury like Henson scorned. We’re meant to cheer her quest for revenge ... to an extent.

Perry likes his morality plays to have a point, where good Christians are rewarded and the bad people in life get what’s coming to them. His message is muddled in “Acrimony.” There’s punishment in store for the woman who goes blind with rage and obsession, but she’s a woman who needs help, not judgement. She’s in court-ordered therapy for a reason. When she leaves, the shrink casually asks, “Have you heard of Borderline Personality Disorder?” Perry brushes it off, preferring the story to hit a melodramatic crescendo. Even the audience in my screening didn’t buy it. When the credits rolled, a few people yelled “that’s it?!” at the screen. A man in my row was shaking his head, telling his date that Melinda deserved what she got.

I’m not sure she got a fair hearing, your honor. And as messy as Melinda’s story is, it makes a lot more sense than some of the visual aspects of “Acrimony.” The movie looks like it was coated with a purple filter, which washed out a number of scenes. The projector in my screening had the dreaded 3D lens still on, so the movie looked even dimmer than Perry intended. The first time a check is shown to the screen for a significant amount of money, it was so blurry someone in the audience asked if anyone could see the number. Only one person replied, “It’s got a lot of zero’s!” The low budget production values show up every so often to remind you that you’re watching an overlong episode of a soap opera. There’s bad use of green screens, actors who look under-rehearsed and enough drone footage of the Pittsburgh waterfront to double as a travel ad.

Are we supposed to cheer for the wronged woman, or was her poor guy just an unlucky dope? With so much internal conflict, I’m not sure the movie knows what it wants to say. Perry’s maltreatment of his morally ambiguous character feels excessive, and if Melinda is mentally ill, then that treatment is cruel. Henson will go on, and I hope she can rebound with a better director. 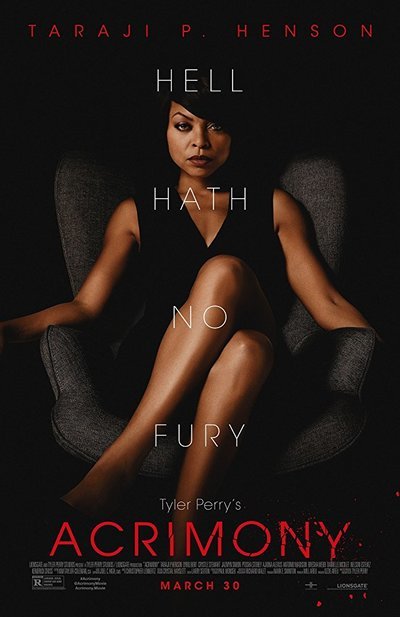 Rated R for language, sexual content and some violence.