In the 2015 film “Mediterranea,” writer/director Jonas Carpignano followed two men on a journey from Saharan Africa to Southern Italy. That film used non-actors to play characters who were fictionalized to some degree. This is a strategy that is increasingly popular with European filmmakers of a certain artistic bent; Pedro Costa and Ulrich Seidl are among the directors who made big strides with it at the earliest part of this century. I love Costa’s pictures and can’t stand Seidl’s, so the results of the approach are as variable as any other approach. “A Ciambra,” Carpignano’s latest film, doesn’t resemble the work of either of those filmmakers. It’s somewhat closer to the films of Rainer Friml and Tizza Covi, whose 2017 “Mr. Universo” was a disarming road movie with a semi-documentary realism to it. But it is also different.

Vividly colorful, its camera always looking for action, “A Ciambra,” which Carpignano expanded from an earlier short, focuses on one of the characters introduced in “Mediterenea.” When its African characters get to Italy, they end up in a refugee camp near a settlement of Romani gypsies, one of whom, Pio, is a teenager who tries to cultivate tough-guy image by copiously smoking and drinking and trying to run various underhanded schemes. Pio is the focus of this movie, as is his family, all appearing under their real names. “A Ciambra” is not big on plot, instead relying on its main character and his dangerous and frustrating escapades to generate empathy.

Carpignano’s approach is not going to sit well with viewers who want a story reliant on outcomes. But viewers interested in a rarely-documented side of life will get caught up in this frank portrayal of a boy who’s not sure how to be a man. The scenes of Pio and his large extended family—all of them mouthy types full of advice—are bracing demonstrations of how downtrodden people put themselves above classes even more downtrodden. Family dinner discussion centers on how lowdown and drunk the African residents of a nearby refugee camp are. Pio isn’t as bigoted as the rest of his family—indeed, the closest thing he has to a friend is Ayiva, the African character from “Mediterenea” played by Koudous Seihon.

While Pio is often depicted hanging out in bars and nightclubs, fun is in short supply. His older brother and role model is in a criminal rut, jacking cars for a local crime boss who’s nothing like a big deal, but just imposing enough to mess you up if you tick him off. Every time Pio tries to pull a scam of his own, it’s a tedious ride to a far-off rendezvous where, if he gets paid at all, it’s only for a percentage of the loot he was hoping to earn. This movie bears the imprimatur of Martin Scorsese, who liked what he saw here enough to become executive producer. The movie doesn’t echo any of Scorsese’s explicitly. But if you recall the youthful life of New York crime as described by Henry Hill in the early parts of “Goodfellas,” you remember its antic, Tom-and-Huck quality. For Pio, the life is just a grind.

One that eventually wears him down. Near the film’s ending, there’s a scene in which Pio drops his jerrybuilt guard and shows us the boy he still is. The movie insists that his life is not yet a full-on tragedy, but also demonstrates that the limited choices his social standing gives him do not bode well (to put it mildly) for his future. 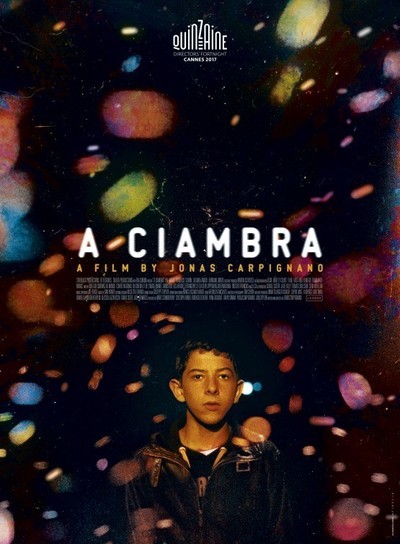