“24 Frames,” the final feature by Abbas Kiarostami, is as delightful as it is surprising. The surprises begin with the fact that the Iranian master’s last work is, of all things, essentially an animated film. Comprised of 24 short films, each lasting roughly four and a half minutes, the movie makes use of elaborate computer-generated imagery to temporally “extend” still images—one an Old Master painting, the others photographs taken by Kiarostami.

The project, which the director worked on for three years prior to his death in July 2016, began with his observation that paintings and photographs alike show us only a split second in time, leaving us to imagine what came before and after. “24 Frames” does some of that imagining for us, and genially invites our imaginary participation in doing so.

Very few of these mini-movies involve people, and there’s no standard dramatic action or dialogue (and thus no subtitles). Mostly, the images come from nature: we see birds, horses and other animals, in settings that range from seascapes to snowy mountainsides to quiet windowsills. The fact that there’s no usual storyline or characters, however, doesn’t mean there’s no narrative energy or appeal: each little movie seems to have its own dramatic arc, and part of the fun of watching it lies in seeing how each of these unfolds.

In one sense, “24 Frames” is a major filmmaker’s elaborate demonstration of the connection between still photography and cinema in his work. And as such, it may well come as a surprise to cinephiles who know Kiarostami primarily or only for the six dramatic features—from “Where Is the Friend’s House?” to “The Wind Will Carry Us”—that marked his emergence as one of the world’s most celebrated auteurs in the dozen years prior to the turn of the millennium.

But there were important stages to his career on either side of that period, and “24 Frames,” while serving as the capstone of the final stage, also connects back to Kiarostami’s beginnings as an artist and a filmmaker.

He started out studying art in university and worked in graphic design and as an illustrator of children’s books before being asked, in 1969, to head up a new filmmaking division at the government’s Institute for the Intellectual Development of Children and Young Adults. There Kiarostami began his career as a filmmaker and, over the next decade and a half, made a number of shorts—some aimed at children, other using kids as subjects—that exemplified the oblique wit, allusiveness and observational acuity that later characterized his globally acclaimed features.

Beyond anticipating his full-length movies, though, Kiarostami’s shorts—little seen till now, and are being restored for release within the next two years—are remarkable accomplishments in themselves, and they demonstrate his ongoing commitment to the short form (one mirrored in his dedication, as a prolific poet, to haiku). In “24 Frames,” he in effect crafts a bounteous collection of shorts that seem designed to show how much expressiveness can be packed into four and a half minutes, as well how much cohesiveness can be rendered in the whole.

The film also connects to the eclectic spirit of the final, post-millennium phase of Kiarostami’s career. After ascending to cinema’s mountaintop, as it were, by winning countless prizes including the Palme d’Or at Cannes (for “Taste of Cherry,” 1997) and the Silver Lion at Venice (“The Wind Will Carry Us,” 1999), the filmmaker, seeming to chafe at the confines of being the great auteur of celluloid features from Iran, turned dramatically in numerous other creative directions. He embraced low-budget digital filmmaking and made features outside Iran as well as a number of documentaries and experimental films. He also created art installations, wrote poetry, taught classes in filmmaking around the world, and most notably, indulged his passion for nature photography.

These photographs, which beautifully frame the landscapes of Iran and other countries, seemed to represent two things to Kiarostami. They were a chance to craft contemplative images by himself, away from the scale, budgets and necessary collaborations of moviemaking. But they also were occasions to enjoy the silences and spiritual refreshments of nature. If stricter interpretations of Islam sometimes denounce such an attitude as pantheism, it was a quote-unquote heresy that seemed necessary to Kiarostami’s own approach to the divine.

Cinema purists might find a different form of heresy in his whole hearted-embrace of CGI. While Christopher Nolan, Quentin Tarantino and other directors rush to defend celluloid from the encroachments of digital filmmaking, how could Kiarostami—a master of creating pristine film-based images, both still and moving—swing so far in the other direction, enough to let computer-generated imagery overwhelm and indeed thoroughly reconstitute images he took from nature?

It’s anomalous only if we overlook one of the central themes of his work: imagination, its way of either freeing or confining the individual mind. Kiarostami himself didn’t want to be confined, in his creativity or by the definitions that others placed on his art, so he kept crossing borders, taking on new challenges, risking leaps into the unknown.

In “24 Frames,” this multi-faceted, extraordinarily protean creator gives us his imagination unfettered by either the technology of film or the givens of nature. In doing so, as so often before, he respects and leaves space for the viewer’s own imagination. I know that so far this review has conveyed little of what it feels to watch these 24 little movies, but the experience is curiously dual: it’s very easy to be swept along by the cleverly playful visual patterns and evolving quasi-storylines. Yet at the same time, I suspect that every viewer will simultaneously (re)make the movie in his or her own mind by providing a wealth of personal thoughts and associations. Among the many that I flashed on were: the early films of the Lumiere Brothers and Georges Melies; the discrete worlds of Joseph Cornell’s boxes; experimental works by filmmakers ranging from Maya Deren to Stan Brakhage; a host of early animated films leading and including the masterpieces of Walt Disney; the valedictory purity of Kurosawa’s “Dreams.”

Kiarostami was, finally, more than a great filmmaker; he was an artistic titan whose work transcends both cinema and the culture of Iran. How fitting that this lovely final film is one that could be enjoyed by fourth-graders as easily as the most knowledgeable of Kiarostami’s admirers.

Final notes: While “24 Frames” might easily translate to the world of YouTube, its visual beauties deserve to be experienced on the big screen. The film begins an exclusive run on Friday, Feb. 2, at the Lincoln Center in New York. After the first show on opening night, I will conduct a discussion with Kiarostami’s son, Ahmad Kiarostami, who produced “24 Frames” and supervised its completion after his father’s death. 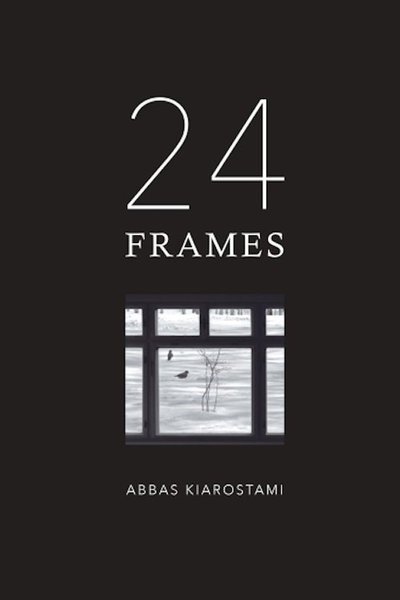