I want to tell you about my friend Timothy Patrick Moynihan, who died last month and was celebrated at a memorial service last night.

First I should say that if you lived in certain neighborhoods of Brooklyn or Manhattan and knew him, but don't recognize him by his birth name, don't worry: he was known by many names. And he was always himself.

He was born with that mellifluous Irish name, above. His father was Daniel Patrick Moynihan, the United States senator. He had two siblings: John, who died in 2004, and Maura Moynihan, who survived him, along with their mother Elizabeth. Some knew him as M. He was also known as Mendel. And he was Gus Murphy, a nom-de-plume he adopted partly to distance himself from the looming shadow of his famous dad. And that’s how I knew him: as Gus, the cartoonist, and the husband of Trey, and the father of Zora, who’s been my daughter’s friend since they were toddlers.

"We never exchanged deep inner secrets or our emotional inner worlds," my friend Paul Smart said in his eulogy, which he was kind enough to let me excerpt here. "He'd known his friend for decades, and published his cartoons in The Mountain Eagle and Phoenicia Times, Or at least he didn't, much. We came up with projects... a silent film about some schlub stopping a Soviet invasion of Alaska, much background details for his ill-fated Sea Cow comic strip, an exhausting early Sunday morning move six floors up from Bleecker Street to Eighth Avenue, and then a host of later adventures during the many years in which he was my upstate newspapers' cartoonist and fill-in letter writer.

"When I had to turn around a rock and roll history in two weeks I turned to my friend, partly because I knew he loved deadlines, like me, but also because I knew he had no sentimental attachment to the musicians he'd have to illustrate. When we didn't get the awards we were expecting at a state press association convention in his native Albany, we first presented all his takes on Governor Pataki to the governor himself, and then he created a two-page newspaper lampoon of the entire convention that we disseminated to the convention with great bemusement. We spent hours working up get-rich-slow ideas, like a Hollywood tarot deck and illustrated history of baseball, that were worth the time spent just spending such time thinking thus."

My wife Jennifer and I got to know Gus and his wife Trey when we moved into a house on State Street in downtown Brooklyn in 1998, almost directly across the street from them. We both were new parents: their daughter Zora and our daughter Hannah were almost exactly the same age.

Gus almost always wore a sport coat or a suit jacket, often with a vest, and usually topped it off with some kind of headgear (he preferred a fedora). With his glasses and big beard, I joked that he looked a little bit like George Harrison on the cover of "All Things Must Pass," or maybe one of the gnomes in Harrison's garden. He was Tolkein-esque, in his way: a stout-hearted, freakishly tall dwarf. When he talked in his gruff, deep voice, he sounded just a little bit like John Huston.

The love story between Gus and Trey was one of the greats. He actually proposed to her before they'd dated or even kissed.

One time, Paul recalled, "someone at dinner asked to play a parlor game and ask risque questions. 'Mendl,' she said directly to our friend, "Do you ever think of other women?' 'I am married, m'am,' he replied. "I think of my wife and the daughter we will have.'"

I don’t remember the first time I talked to Gus; he was just part of the fabric of the neighborhood, going across the street to the Yemeni deli, taking Zora out for a stroll, sitting on the stoop and shooting the breeze with the neighbors.

But I’m pretty sure my first meaningful conversation with Gus was about parenting. I was standing on the sidewalk on his side of the street lifting Hannah, who was maybe a year and a half old, with my right arm, like she was a barbell. Gus said, “That’s a clear violation of the ten thousand rule.” I said, “What’s the ten thousand rule?” He said, “Never do anything with a small child that you aren’t prepared to do ten thousand times.”

Of course that makes it sound as if Gus avoided doing anything that kids enjoyed, which isn’t true. He was great with kids, a real stitch. And a great father to Zora. Somewhere I still have the illustrated children books Gus did about the adventures of Puma and Minx, their cats. And he violated the ten thousand rule himself all the time, pretty flagrantly. I remember one time I saw him with Zora on his shoulders, sort of bouncing around on the sidewalk, and I said, “That’s a clear violation of the ten thousand rule, Gus.” He said, “A foolish [bounce] consistency [bounce] is the hobgoblin [bounce] of little minds.”  [bounce] 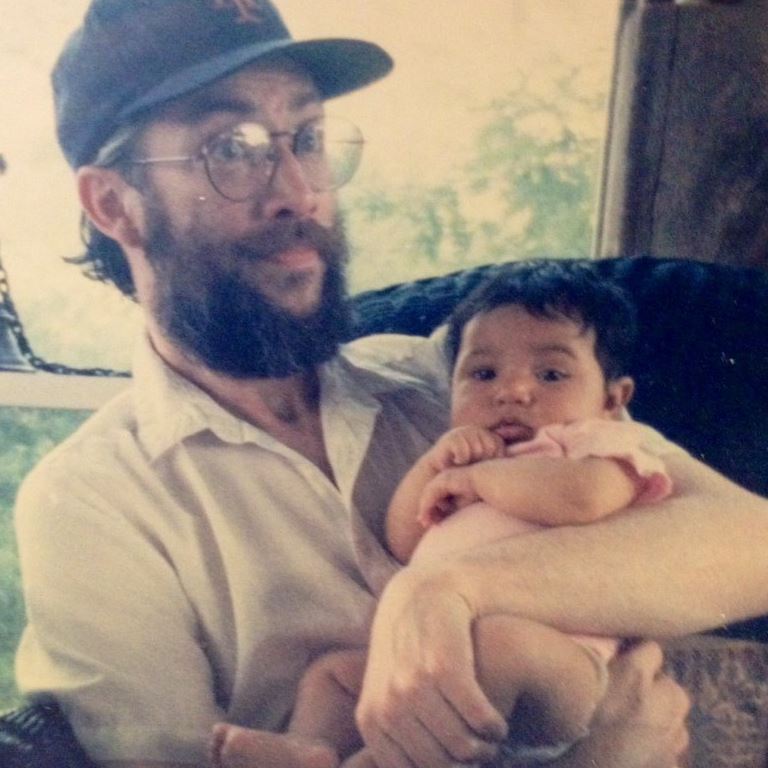 Gus was one of favorite people to talk history and politics with. He had very strong, mostly liberal political views, but when discussed the past with me, it was never about left or right. It always about about why things happened: what he saw as the real reasons. This party wanted this, the other party wanted something else; maybe somebody said they wanted one thing as cover for some other thing they truly wanted. It always seemed to come back to land, resources and control of trade routes for Gus. He was unsentimental about all that.
Advertisement

Gus was fun to collaborate with. I did a series of video essays on the films of Wes Anderson years ago, and asked Gus to do cartoon illustrations of characters in J.D. Salinger stories that had inspired that filmmaker. They were wonderful, like something you might have seen Gahan Wilson do for the old Playboy magazine. 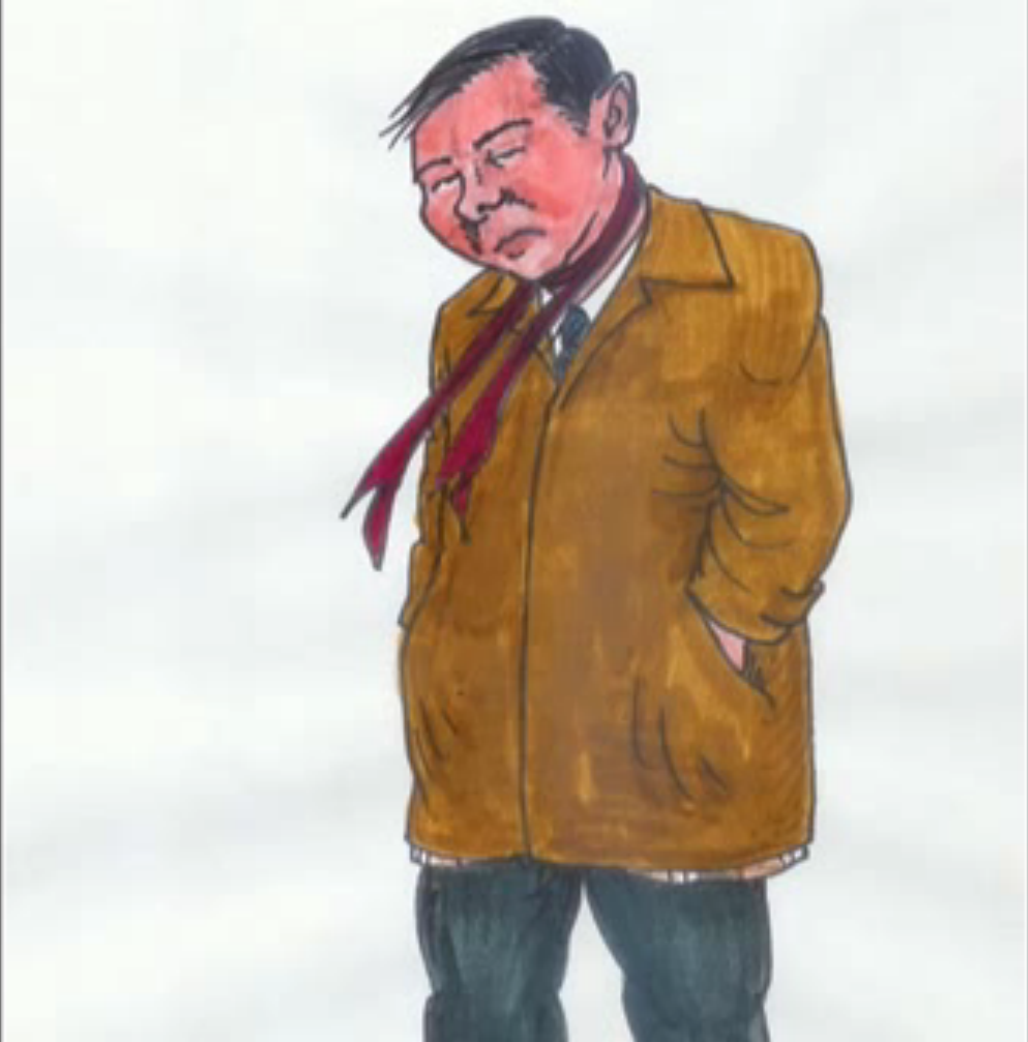 I used to give him my screenplays to read. Gus always had a particular appreciation for the sex scenes, because, as he put it, “They’re explicit but discreet. I appreciate a movie where you know exactly what’s going on even though they aren’t showing you everything."

He was a sculptor as well as a cartoonist, and he did wonderful props for off-off Broadway theatrical productions. Back in 2005, my daughter and I filmed a parody of the "Star Wars" movies using toys from her room. Gus made the costumes out of felt and other materials. The role of the emperor was played by a tiny squirrel named Eta, whom my daughter used to write storybooks about. Gus made the emperor's robe pink, because Eta is a girl squirrel. 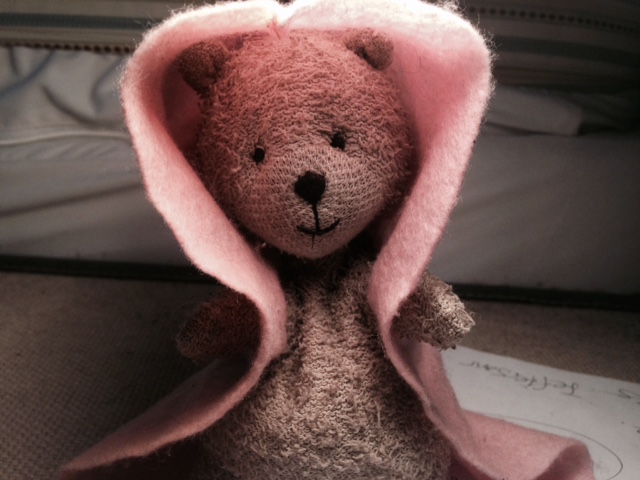 I liked talking to Gus about art and writing and filmmaking. He had an appreciation for a well-constructed story. He loved old movies. We used to talk about Preston Sturges and Buster Keaton a lot, and the Three Stooges, whose artistry Gus always felt was critically undervalued.

He didn’t like it when movies contorted themselves into narrative or ideological knots to avoid making characters appear unsympathetic. I remember him being somewhat livid about the Mel Gibson Revolutionary War movie The Patriot, where Mel Gibson played a former plantation owner who’d set his slaves free and was paying them a living wage, because, as he put it sarcastically, “There was so much of that happening in the late 1700s!” Watching him stand in the kitchen of his and trey’s house and re-enact the entire plot of the film was one of the comic highlights of my life. “And then it comes down to a mano-y-mano between Mel Gibson and the effete and sadistic British officer, and of course the entire audience leans forward in their seats, because they’re wondering: Is Mel Gibson going to die?”

He said one time that he his favorite ending of any movie was the end of the Buster Keaton film "College". Buster Keaton has gone through an incredible series of tests, bested his rival and won the girl. The movie ends with a series of three brief shots. We see Buster and his now-wife with their kids. Then we see them as an elderly couple. Then finally we see a couple of tombstones with their names on it. “The movie wraps things up in about thirty seconds. Three shots takes ‘em all the way through to the ends of their lives. Keep it simple,” he said. 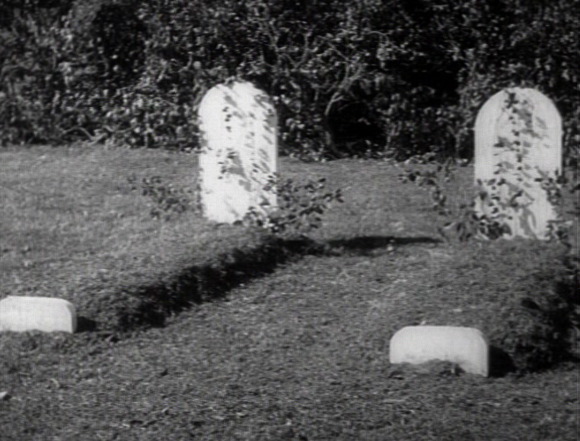