"Don't be an a--hole": Richard Linklater talks about "Boyhood," commitment, justice, and why he let convicted murderer Bernie Tiede live with him

Director Richard Linklater's 2011 film "Bernie" told the strange but true story of Bernie Tiede (Jack Black), who later confessed to the shooting of a wealthy 81-year-old widow, Marjorie "Marge" Nugent (Shirley Maclaine), for whom he'd served as caretaker. The facts were not in dispute: Bernie did the deed in late 1996, then confessed to it nine months later, after Nugent's son found his mother's body in a garage freezer. Still, some in the community believed it was a simple act of murder and that Tiede deserved his life sentence. Others thought the fact that Tiede had no prior record of any sort of lawbreaking and that Nugent was a widely disliked Carthage resident who was believed to have emotionally abused Tiede should have been taken into account during the sentencing phase of the trial.

This year the original prosecutor in the case, District Attorney Danny "Buck" Davidson (played in the movie by Matthew McConaughey), modified his position on the case. He agreed with Tiede's appeals lawyer that Tiede had been in an abusive relationship with Nugent, and the killing may have been triggered by flashbacks to Tiede's own sexual abuse as a child. Buck let Tiede be released on $10,000 bail on the condition that he live with Linklater, one of the most vocal advocates for modifying Tiede's sentence, and that Linklater agree to tell the court immediately if Tiede violated any terms of his probation.

I spoke to Linklater on the phone and asked him to clarify some of the particulars. I also took the opportunity to ask him a few questions about his new movie "Boyhood," a drama about a boy growing into a young man that was shot piecemeal over the course of 12 years, more or less in secret.

MATT ZOLLER SEITZ: Can you tell me a bit more about the Bernie situation? I'm sure you know that some people are joking about it and making it sound like it's the beginning of a buddy comedy, or worse, a thriller about a well-meaning artist who's thinking with his heart instead of his brain.

RICHARD LINKLATER: I have an extra garage apartment behind the house. It's not a big deal. I let a lot of friends and relatives stay there for periods of time. So, you know...Bernie has a job, a place to live, a therapist. He’s stepping out to an environment, which [is a situation] most people don’t have [when they're being released from prison]. They’re not in a supportive environment, set up for them to succeed.

Bernie's living in a garage apartment?

Are you going to see much of him, do you think?

Sure, sure. You know, he’ll have his own life, but yeah, we’re friends. I’ve considered Bernie a friend for a few years now.

It wasn’t a big deal for me to offer that.  It’s not like we’re the odd couple now, living together in the same room…it came out in weird ways, but it’s all part of the bigger Bernie program, I think. [Laughs]

What is the bigger Bernie program?

The fact that there’s new evidence, this new chapter in his life, that people are helping out any way they can.

I would imagine the movie had a lot to do with that.

Well it certainly got the first domino to fall. A really intelligent attorney came up to me at the premiere and started talking about it.  I mean, that film ends on—I found a pretty intriguing legal story.  I’m not a lawyer and it wasn’t active intel, like "Free Bernie," but I thought it was kind of an odd legal situation…so anybody, I wasn’t surprised when this attorney took an interest in the case and wanted to see more. 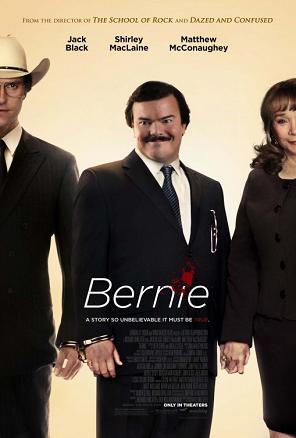 Correct me if I’m wrong, but he didn’t have any history of violent crime before that?

[Not] before or after, even in seventeen years of prison, he had no history of violence. Clearly [the relationship between Tiede and Nugent] was an abusive relationship, and the court provided a lot more context. I didn’t think it was a premeditated murder…people [are] making noise like, ‘Well, he did it! Other people are sexually abused as kids! But he did it.' [But] there’s a spectrum [that describes] when a person does wrong to a human life. It goes from involuntary manslaughter to premeditated murder. There’s a big spectrum that people don’t want to acknowledge or talk about, but it’s there.  Clearly, this wasn’t a case of premeditated murder. It just didn’t feel that way.

One of the only common threads that joins most of your movies is an interest in community, and in the ways that different members of a community interact with each other. That’s a huge part of "Bernie," and I’m wondering, what do you think was the Carthage community’s reaction to Bernie Tiede's situation, and the reaction in Texas generally, after the film came out? And what is it like right now, following his release?

From my limited perspective, the people who knew the case or knew Bernie personally, or knew anything about the specifics, think that his release is a good thing. They see it as, "Seventeen years. He did some time." The the more ignorant group of people who are out there, they unfortunately make the most noise. They don’t really draw any distinctions. A lot of people who didn't know that much about it got riled up.

There’s certainly an absolutist attitude towards incarceration for any kind of violent crime in this country, particularly in our shared home state of Texas.

There sure is, yeah. I grew up in Huntsville, which is a main prison town. It’s crazy. The conditions are so bad in prison, often, for the inmates. No air conditioning, they literally die every year just from heat exhaustion. But if you bring that up, a democratic lawmaker said last year, "He shouldn’t have done the crime!" Some of the people are in there for petty drug things. You never know. It just runs the gamut.

But you’re not going to lose office for [holding a] law-and-order position. The human heart kind of likes punishment to that degree—whatever Old Testament thing they’ve got going on in their heads. The legal system encourages that kind of appearance of strength: they elect the guy.

That’s why I’m so overwhelmed by Danny Buck’s public opinion. You’ve read his affidavit. It was really moving, an amazing document about seeking justice. Like, his job is to seek the truth, and you’ve got to do that at all times, not just [when you're seeking a] conviction.

But you get elected off being a badass. Texas can’t have a governor, regardless of party, who isn’t for the death penalty.

Not just that, he has to act as if he's willing to personally go in there and throw the switch or turn the lethal injection chemicals loose. Like he's running for hangman instead of governor.

Yeah, you know? I would kind of hope that’s like the gay marriage issue, where even people who were for it couldn’t admit it? It would be great if we turned that corner, where it would be OK to be against it, and be a viable candidate or prosecutor or any of those things. But there can be a lot of rational thought behind it and it doesn’t make the visceral, emotional welling up that you get when you're all homicides, executions, ‘tough on crime.’

As if the only alternative is being weak on crime.

How about smart on crime? 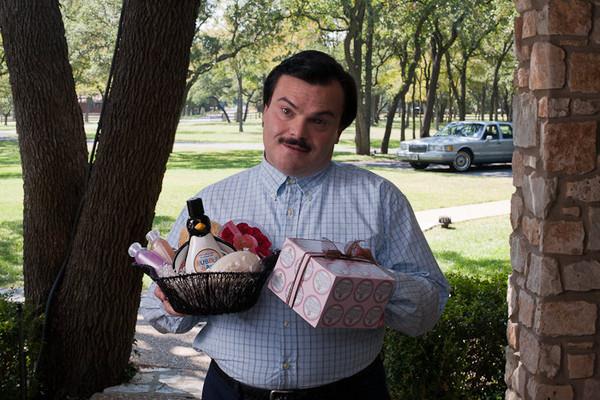 Bernie does strike me as a guy who shouldn't have done as much time as he did. There's no doubt that he killed the widow Nugent, but it seemed more an instance of loss of control or some kind of breakdown than anything premeditated or cruel.

Yeah, I mean, that’s what the real question here is: appropriate punishment for different circumstances. It wasn’t like a Memphis Three story, where they just plain didn’t do it. It was just different. It demands a little more nuanced thinking.

But this is that rare, very rare case where the Texas legal system, I think, works. New evidence was looked at, thought out, stuff that wasn’t available on trial, and the Texas DA looked into his heart and actually did the right thing.

We only hear about Texas when we’re executing innocent people, or wrongly incarcerating people, or some kind of corruption. This is an interesting story from the other place.

Can I ask you a couple questions about "Boyhood" since I've got you on the phone? 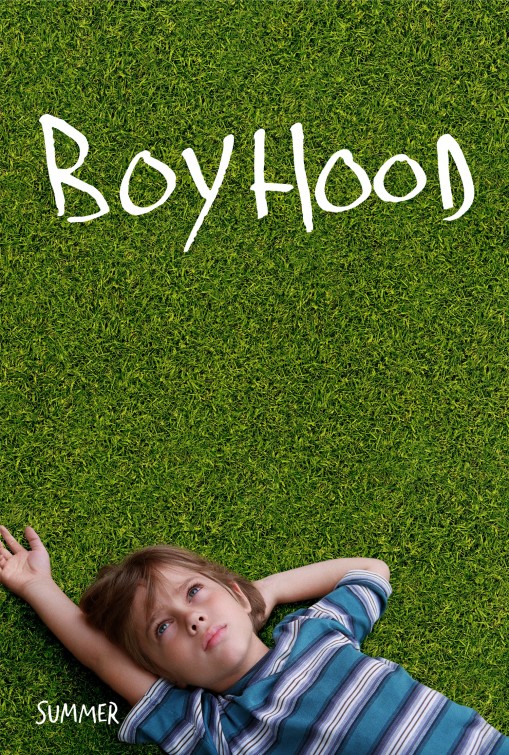 My understanding of this is that it was kind of a secret project. Not like J.J. Abrams' "Star Wars" secret, but—nobody really knew about this, right?
Advertisement

Well, it was trying to be secret, but it really wasn’t. It got reported by some agent in the first year in one of the trades, Variety or the Hollywood Reporter. I remember…somebody wrote about the movie, and I was just begging them not to, and they did, and it got posted on IMDB. So, over the years…it’s not that public. No one’s really talked about it, but you know, people would do a little research, and I’d get asked, ‘What’s this film coming out in 2014?’ It had some crazy date. You know, it’d be 2004, ‘what’s this film coming out in 2014?’ You know, some people did ask me eight years in a row, and finally in the last year, I’d say, ‘getting close!’

You’d start thinking you were like that character who spent eight years painting Murphy Brown’s apartment!

I can’t even imagine what it’s like to work with the same people on the same project, incrementally, over the course of that many years, especially Ellar Coltrane, the actor who plays the young hero. You watch him grow up, right? You watch him go through puberty.

It’s a fascinating process. You pick your project carefully: it had to be this kind of life project that I knew would be very inspiring…that would never be simple, you know? It’s always this living, breathing thing. But when Ellar has pimples on his forehead and is in makeup, he has acne and he goes, "Can I cover that up?",  I was like, "Hell no!  Don’t touch it!"

Did he have to sign anything saying he would continue to act in this movie indefinitely?

So you didn't have anything like that with Ellar? What was preventing this from being a case where an actor you hoped would be in the entire movie woke up one day and said, ‘I can’t do this movie anymore'?

He could’ve walked away. Anybody could’ve. When he was a little kid, I thought, ‘His parents could die, get cancer.’ You have those worries. But you go ahead anyway. You’d just hope that it will be a fun thing to be a part of, a fun life project.  He has cool parents. They’re an arts-oriented family, so I thought [the movie] had a good chance of being a positive thing in his life and a fun thing to return to every year.

We all commit to things in our lives, like relationships and professions, and you make it work over a long period of time. With the relationships you value, you make them work. The guiding principle is, "Don’t be an asshole."

Even if you’d like to be, you shouldn't be. Not if you value a long-term relationship.

It was fun! And Ellar never wavered. There was never a year where he said "I don’t want to do it."  It was fun.