“Chuck” is based on the real-life story of boxer Chuck Wepner, called “The Bayonne Bleeder,” whose fight with Muhammad Ali was an inspiration for “Rocky.” In an interview with RogerEbert.com, French-Canadian director Philippe Falardeau (“Monsieur Lazhar,” “The Good Lie”) talked about the movies he did—and did not—use to help him portray the boxing matches, working with Liev Schreiber and his real-life sparring partner to choreograph the fights, and using digital technology to create images that would blend in seamlessly with the grainy film stock used for the archival footage.

Tell me what you did to evoke the era of the '70s.

Credit to the production designer Inbal Weinberg, who accomplished that with no budget. What I had in mind aesthetically, in addition to finding the right location and the right person to do production design, was to use archive footage as much as possible. We show the real characters, Muhammad Ali, the real Chuck. We were shooting in Brooklyn and Queens and Harlem so I needed to inject some of New Jersey with archive footage. We use the color palettes and the grainy look to make it look more like the '70s. It was digital so what I used back home in Montreal— we did the post there—I used a real black and white 35mm grain in addition to a color 35mm grain that we added on every shot and we balanced it on every shot. And that also helped us to make it more coherent throughout the film with the different source archive.

What was it in Chuck's life that made him feel so much in need of that kind of approval?

I think when he was young, he was a shy kid and he got some level of approval when he found out by accident that he could take punches and he could give punches growing up in a rough neighborhood. And then he got known as the guy who was the strong guy in the block and it probably gave him some self-esteem. He was hit by instant fame after the Ali fight and I don't know that any of us could have handled it easy. Today because of social networks we all have our little moment of publicity and public presence, but back in those days those platforms didn't exist. So when you became a celebrity and were on the television and made the front page news, you would walk in any bar and you would get a new brand of love—but not a real one. And I think it was interesting for us to explore that, certainly for Liev who has had to deal with real celebrity in his real life.

This is where it starts to go south; it's not after the Ali fight. There's some temptation there but he keeps it together. It's after “Rocky” because we’re talking about another kind of celebrity and one that is much more artificial. It's a complex thing because it must have been extremely strange to see at least part of your life on the big screen. I'm not making the case that Rocky Balboa is Chuck Wepner because Chuck was a very, very confident man. He still is today. Rocky Balboa was a shy person, quiet, soft spoken. It's two different characters but there are some similarities, and it must have been extremely bizarre for Chuck to see that on the big screen and then when people started to say that he was the real Rocky, it started to spiral downwards for him.

How did you use music to help evoke the setting?

The '70s are really appealing music-wise but it can also be a danger to make it too flashy. I tapped into the hit songs that I loved back then, when I was between the age of 7 and 12. I remembered liking “You Sexy Thing” and “Rock Your Baby” and “The Most Beautiful Girl In The World.” They were not super hits. But they were the small hits that I used to listen as a French-Canadian kid back home in the province of Québec on the radio. We used additional scoring after that but it was mainly influenced by who I was as a kid in the '70s. 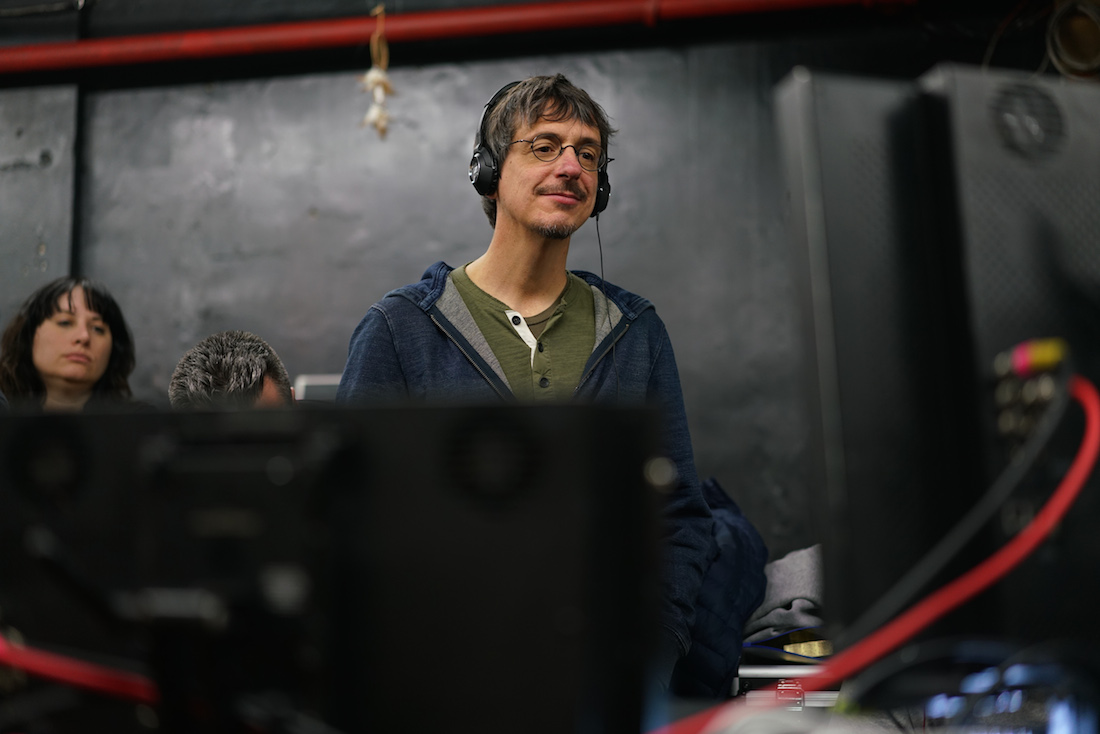 Bayonne, New Jersey is almost a character in the film, even though you did not get to shoot there. Why was that important?

I scouted in Bayonne and I wanted to shoot in Bayonne, but because of the tax credit we could not. That was frustrating for me. Bayonne style can mean a lot of things. I think there is a part of it that means it can be pretty rough and part of it also is that sense of community, solidarity. People know each other a lot. When Chuck talks about Bayonne there is a strong sense of community. There was this documentary for ESPN called “The Real Rocky.” I asked the producers to let me see all the footage and outtakes. I wanted to see the ten-hour footage of the interview, not just the half hour. Listening to Chuck talk about his childhood, he did grow up in a very tough environment so his sense of self-esteem came out of asking, "How do you survive in that environment?"

There have been so many boxing movies—what did you learn from them about how to show a fight?

I only watched two. I saw “Gentleman Jim” and I saw “Requiem for a Heavyweight.” And it was supposed to be “Gentleman Jim” in our movie and I decided to show “Requiem for a Heavyweight” to Liev and he liked it better so I decide to use that as our inspiration instead. The other film I didn't want to re-watch before shooting because I didn't want to be contaminated by the way they shot boxing was “Raging Bull.” In film there's this separate brand of mythology about boxing and you see that in “Raging Bull” and in “Rocky.” I wanted to be closer to reality, so what I did is I re-watched in a loop the real Ali/Wepner fight, which is not glamorous. It's messy, they grab each other, they push. A lot of sweat and few punches, and a lot of punches don't land so I wanted it to be closer to that than to the boxing references in films.

Liev and Pooch Hall, who plays Ali, and who appears with Liev in “Ray Donovan,” are sparring partners in real life. I had these clips made out that showed the portion of the real fight I wanted. And then we had a stuntman and a boxing expert with us and then they rehearsed together and they rehearsed on their own, but very few rehearsal actually. It was very important for Liev that it was Pooch, because he knows him and they are friends in life and they spar together, so because Liev made the decision to take real punches, he had to do it with someone he trusted. There's a detail that not many people remember, but at the end of the fight Ali wins but he’s on the ground as well.  He's exhausted and people have to be picking him up. That's what really happened. It's just messy, it's sweaty, it's bloody and after that both of them are completely out. So yes, that was what we wanted to show.