Fifty years ago, a relatively unknown British playwright named Tom Stoppard turned the theatrical world upside-down with the debut of his play “Rosencrantz and Guildenstern Are Dead.” An absurdist comedy that took place mostly on the fringes of the most famous stage drama of all time—William Shakespeare’s “Hamlet”—and which focused on two exceedingly minor characters while limiting Hamlet, Ophelia and others to little more than brief appearances, the show was an audacious meditation on such heady concepts as the conflict between art & reality and the seemingly insignificant nature of mankind in comparison to the vastness of the surrounding universe. Stoppard's play revolutionized what a stage comedy could do and became both a critical and popular hit. Despite its unquestioned success on stage, it was such an inherently theatrical work that many felt that there was no way that it could be transferred from the stage to the screen and still retain the aspects that made it so unique in the first place. Finally, Tom Stoppard took it upon himself to make it into a film, not only by writing the screenplay adaptation but by making his directorial debut as well. Although the resulting film proved to be an uneven work when it was released in 1991—largely because of Stoppard’s inability to find a way of properly translating the material into wholly cinematic turns—it was not entirely without interest thanks to the skillful performances by Gary Oldman and Tim Roth (neither of whom were particularly well-known in the US at the time) as Rosencrantz & Guildenstern (or is it Guildenstern and Rosencrantz?) and by Richard Dreyfuss as the Player King, the leader of a traveling theatrical troupe who seems to be the one person who can explain what is going on to them and to the audience watching them.

Now, to mark the 25th anniversary of the film and the 50th anniversary of the play, “Rosencrantz & Guildenstern Are Dead” is making its return to home video on January 12 with its Blu-ray debut courtesy of RLJ Entertainment. To help promote the release, Oscar-winning actor Richard Dreyfuss—the star of such classics as “American Graffiti,” “Jaws” and “Close Encounters of the Third Kind”—got on the phone for a few moments to discuss his memories of the film and working with Stoppard, Oldman and Roth, talk about a couple of lesser-known favorites and reminisce about working with the late cinematographer Vilmos Zsigmond.

It has been 25 years since the film version of “Rosencrantz & Guildenstern Are Dead” first debuted. Do you find it easier or harder to talk about a film and your work on it after such a long time?

The only time it is really done is when a question is snuck in by an unethical journalist who is supposedly there to talk about whatever your latest film is and then they sort of slide in "Well ten years ago, you did ... " Then you have to think fast and try to remember what you thought. I have never really done one which was purposefully and openly about my former films. Here, I am happy to do it because it is openly and honestly about my earlier work and I am perfectly happy to try and do that.

On this film, Tom Stoppard not only adapted his play to the screen but also directed it as well, the only time he has done that to date. What was it like working with him as he was both revisiting one of his great triumphs and embarking on a new kind of artistic endeavor?

The best thing about it was that when people watched “Rosencrantz & Guildenstern,” they loved it because it was funny. But at the same time, there were thousands of people who would quietly ask themselves “What is this play about?” It deserved that question because the answers are really kind of elusive. What he did in the movie was to allow my character, the Player King, to be the guide—the character who could lead the other actors and the audience. He could step out of the play and talk to the audience. He was guiding the actors and the audience to understanding the things that these actors did not want to buy into—that they were in a play, not real life, and that they were going to be cursed to be in this play forever. The moment it ended, it started and the moment it started, it ended and they were going to be in this loop forever, much like in Sartre’s “No Exit.” I think the movie is a better-written piece than the play. I think that he does answer the questions that come up when you see this play—“It’s funny but what is going on?”—that you are kind of afraid to ask out loud. I think what Tom did in the movie was to find a way to answer those questions and do it without breaking his sense of truth. 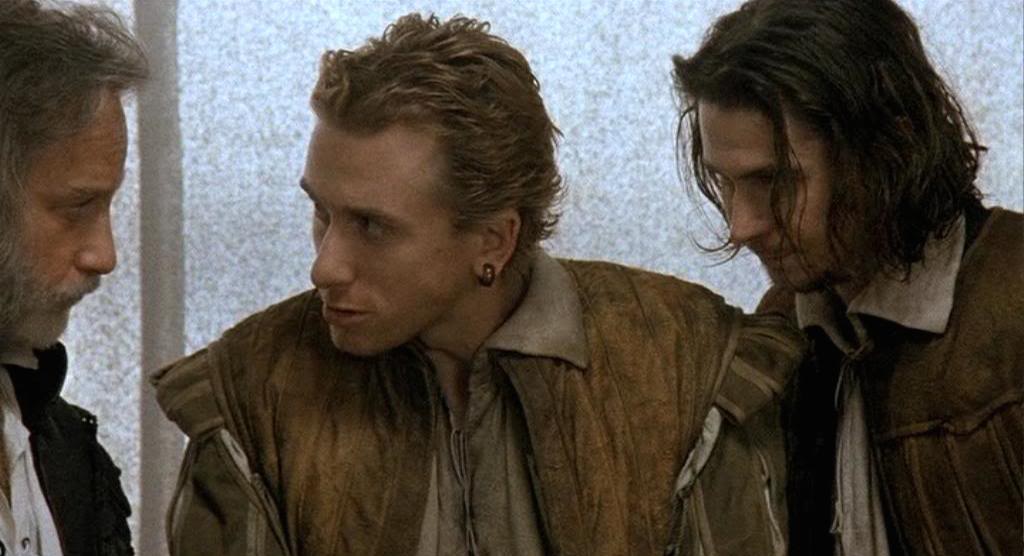 Gary Oldman and Tim Roth are two highly acclaimed actors today, of course, but back when the film was being made, they were relatively unfamiliar to most American audiences. What are your memories of working with the two of them?

I remember that we were all quite shy of one another. I knew Gary’s reputation more than Tim’s and I was very much aware of how brilliant he was as an actor. I think we were all very shy of each other and that was kind of the way that it played out.

Do you think the film plays any differently today than it did back in 1991, or do you think that the key themes and ideas have remained fairly consistent over the years?

I think that it plays better in one sense in that you can experience a closure while watching it and understand it better. I also think that Tom as a director, the reason why he hasn’t worked again as a director—not that I have any inside knowledge—is because he understood that he isn’t a director and that he did not have a sense of pace and timing that the play needed to be told well. I didn’t feel that as we shot it, but as time went on, I looked at the film and realized that it is paced too slowly and it is shot very workmanlike but not creatively. I say that as someone who knows that about himself because I am not a director—I don’t think that I am a director and I do not have the skills that a director needs. I think Tom came to a similar conclusion.

You have done many films over the years, some of which have gone on to become classics and some that have slipped into obscurity. Do you have any personal favorites that may not be as well known as the likes of “Jaws” or “American Graffiti” that you would like to point potential viewers towards?

Yeah. One film that I did, that I love and which I think is hysterically funny, was hurt by the director’s confusion or inability to know the importance of eye line. When you see the film, “Let It Ride” (1989), you are aware that something is off, though you may not be able to put your finger on it. What it is is that the actors are not looking correctly and their eyes are not locked on the right offstage actor. This is because that director did not insist on the correct eye line and the reason that people do insist on that is because it creates a reality and a necessary truth—up is up and down is down. When you are looking off-camera, you have to be looking in the right space. I don’t think the director of that film understood that and so you are constantly being derailed by something that is off even though the film itself, in every other aspect, is hysterically funny. I would have loved to have done that with a director—either the same director after having a revelation or a different director. 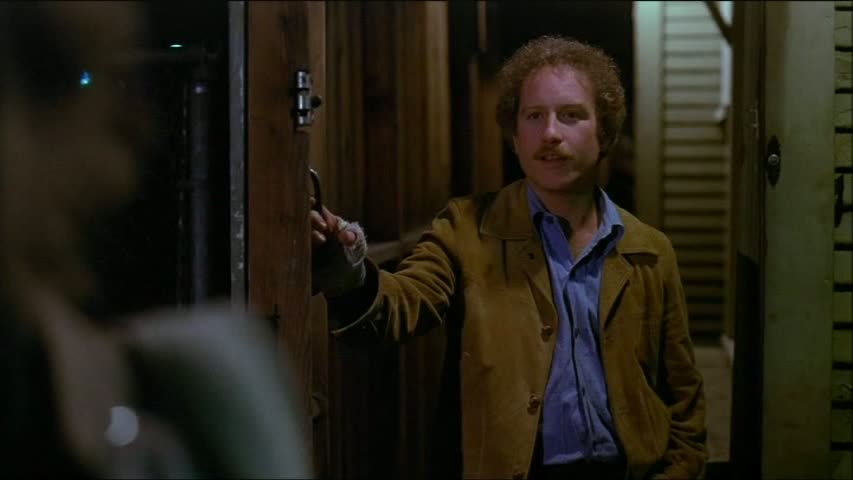 One film of yours that I have always liked and which has never really gotten the attention that it deserved was “The Big Fix.” (In the 1978 film, he plays a formal radical who now works as a detective who is hired by an ex-girlfriend to investigate a smear campaign against the political candidate for whom she now works.)

I felt that one was wonderful and that it didn’t do well I couldn’t tell you why. I have started to hear now, when people talk about that film, that they have a really high regard for it. They tell me that they love the movie and I think “Yeah, where were you when we needed you?” I don’t know why there was such a difference but I do remember one comment that has sort of stayed with me about it, which is that it was one of the very first films that looked back on that period in our lives that no one had looked back on—our memories of the Vietnam War and the culture wars when our country split into civil war at stoplights. That is when Moses Wine, that character, comes into his own. He is literally looking at footage and beginning to cry because he knows that it was the best time of their lives and it was only fifteen years ago or less. I don’t think anyone at the studio was prepared to take advantage of that or even understood it themselves. I think that was the reason.

At the time that we are talking, it has been a couple of days since the death of the great cinematographer Vilmos Zsigmond. Seeing as how he won his Oscar for shooting one of your most famous movies, “Close Encounters of the Third Kind” (1977), I was wondering if you had any stories about working with him that you would care to share?

I loved him. I thought he was just great. I remember that there was an argument that Vilmos was having with some member of the crew and it got heated over the course of a couple of weeks. It was the only time that I ever had a dream while working on a movie about the movie that I was working on. I had never had that experience before and I went up to him at one point and told him that he was part of a first—that he was part of a dream about my current work. He was someone that I had a lot of affection for. One time, he was shooting a commercial near where I was shooting “Max Bickford” in New York and we used to lunch together. We would go out and he would show me his set—this lavish set that he was using to shoot this incredibly mundane product. That is the way that all cinematographers really make a living between films, you know. Vilmos was a guy who just loved to shoot movies. He loved to shoot and he was great.