Straight to the Vein: John Carney on “Sing Street”

John Carney’s “Sing Street” is a delight, a film that captures the power of music and expression in ways that remind viewers of how they felt after seeing Carney’s 2007 breakthrough, “Once.” Set in 1980s Dublin, the film stars Ferdia Walsh-Peelo as Conor, a young man trying to find something to hold on to after being transferred to an inner city public school. Like a lot of kids his age, his breakthrough comes with a crush, this one on the mysterious older girl Raphina (Lucy Boynton). To win her heart, he starts a band, and Carney’s movie becomes a musical journey through the New Wave pop of the ‘80s. He sat down with us to talk about how much music has changed, his young cast, and the film's world premiere at Sundance.

Let’s start with Sundance and what an experience that was.

That was great. I was terrified to go back there.

What are the emotions of bringing something like this to Sundance?

I kind of thought that I’d get away with it. So, I wasn’t completely surprised that people liked it. But the degree to which they liked it. People were on the street, coming up to me and talking about the film, and I kind of realized ... It was an amazing experience. I always just thought I was part of the Sundance Story. No, sorry…

… the other way around. Strike that. Sundance is part of the story of my life. Actually, that I have some meaning or relevance to the Sundance story was amazing to me.

Well, when people tell the history of Sundance, it’s incomplete without the success of “Once.”

“Once” is a thing. It’s incredible. And it seems like “Sing Street”… I was nervous to come back with a film, particularly a music film—I didn’t want to stick a branch in the spokes of my own bicycle. As it worked out, it was fine.

There’s no way to talk about this without sounding cheesy. It seems to me like a movie that can’t be made unless it’s made by someone who has a life-changing relationship with music. So, how did music change your life? How essential was it to your formation?

I think there was a time when music was … here’s the thing: This is what I’ve realized in the last few weeks. I was always wary of saying this because it makes me sound like a mad conspiracy theorist. I think when Donald Fagen and Walter Becker—I put on Steely Dan when I’m driving, and all I feel is gratitude. But I also feel like I know them, like they’ve reached out to me. It’s a one-way street, of course. They have no idea who I am. But I actually feel like that’s what they did. They wrote these lyrics, and music, and it’s communicating thousands of miles away with a guy in his car. He then takes a right turn instead of a left turn. He pauses and rings his girlfriend. He leaves the job that was holding him back. That is incredible power. That is like a magic thing that happens in the world. It’s not just music. It can be poetry, literature, a painting.

It dawns on me that all art has that power but music has a populism—it’s easier to get to people. 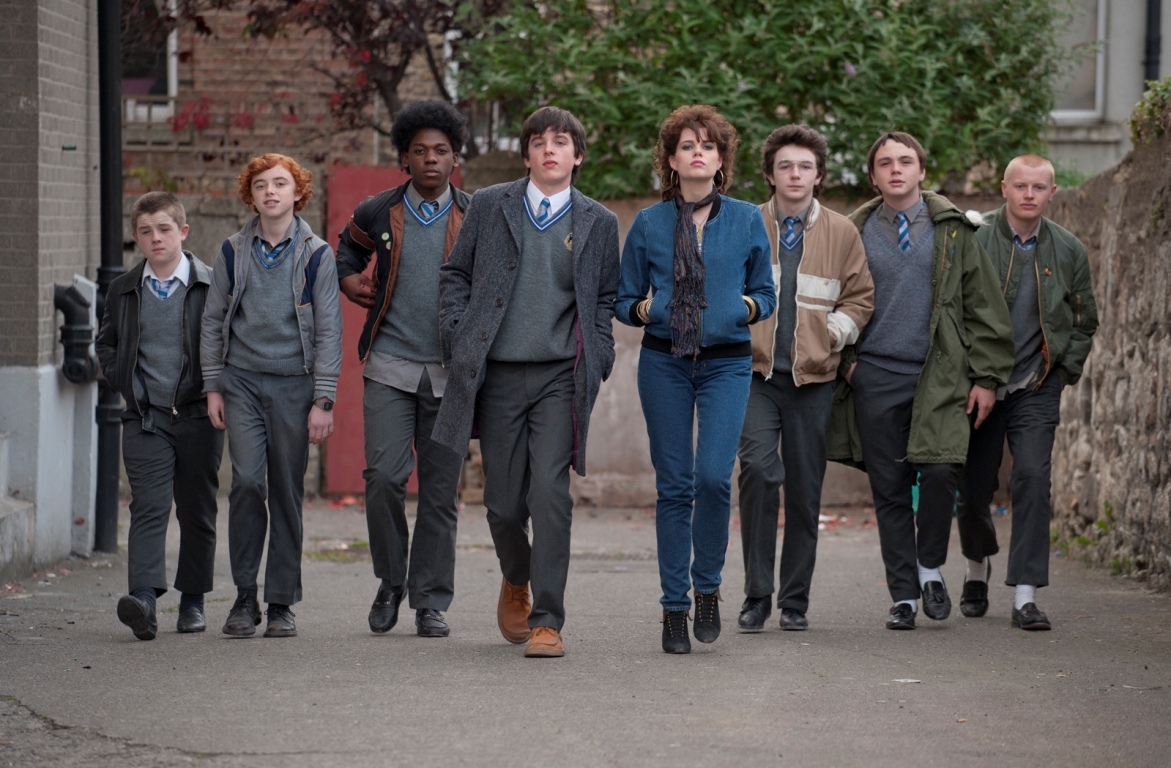 There’s also an aspect to the film that is about handing down artistic inspiration. Who was that person for you?

My brother Jim. It’s really the film—there’s nothing I have to add to that. With three siblings, I was the youngest. I felt like I could do no wrong in their eyes. I was indulged ridiculously. I loved it. And it makes me feel like I will indulge my children in the sense that I’ll never try and steer them in a direction. Be a big brother to my kid as much as a father. That is a great role in life: The big brother who doesn’t care where you end up as long as you’re happy. Doctor, lawyer, road sweeper, musician—my only concern is your happiness. Parents are more about what they know will make you happy. That’s the conflict that’s told so many time—don’t tell me what you think will make me happy because it’s not making me happy. Big brothers or uncles or your best friend, they don’t care who you are.

There’s something about expectation that parents have…

Right. There’s more of a sense of planning that big brothers don’t have to deal with.

Right. They have to make sure you don’t die. [Laughs]

Let’s talk about brothers and love interests and casting. This is the kind of piece that doesn’t work if you don’t cast the right people. Jack Reynor is one of those actors you see and say, “OK, that’s a movie star.”

Yeah. I would say so. He absolutely has the movie star quality. I hope he just meets the directors who give him the roles.

So, how do you find these people?

I’ve known Jack for a while, and he had star quality from the minute he walked into my office. He was 17 or 18 and had so much belief and confidence in himself. You almost felt it was too much. “Pare it down a little.” But he pulled it off. The kids—most of the actors in the film I know from TV shows and other films. The non-actors—the kids in the band and the school—I did an open casting call, and if you made me laugh ... that was sort of it. If you could half play the guitar, sing a bit, and make four adults here laugh or smile at some story, you were in.

So, that was more important than music chops?

I think they have to have a musical instrument in their bedroom. And if he’s funny in a casting situation, it’s likely that he’ll be funny on set.

And easy to work with. 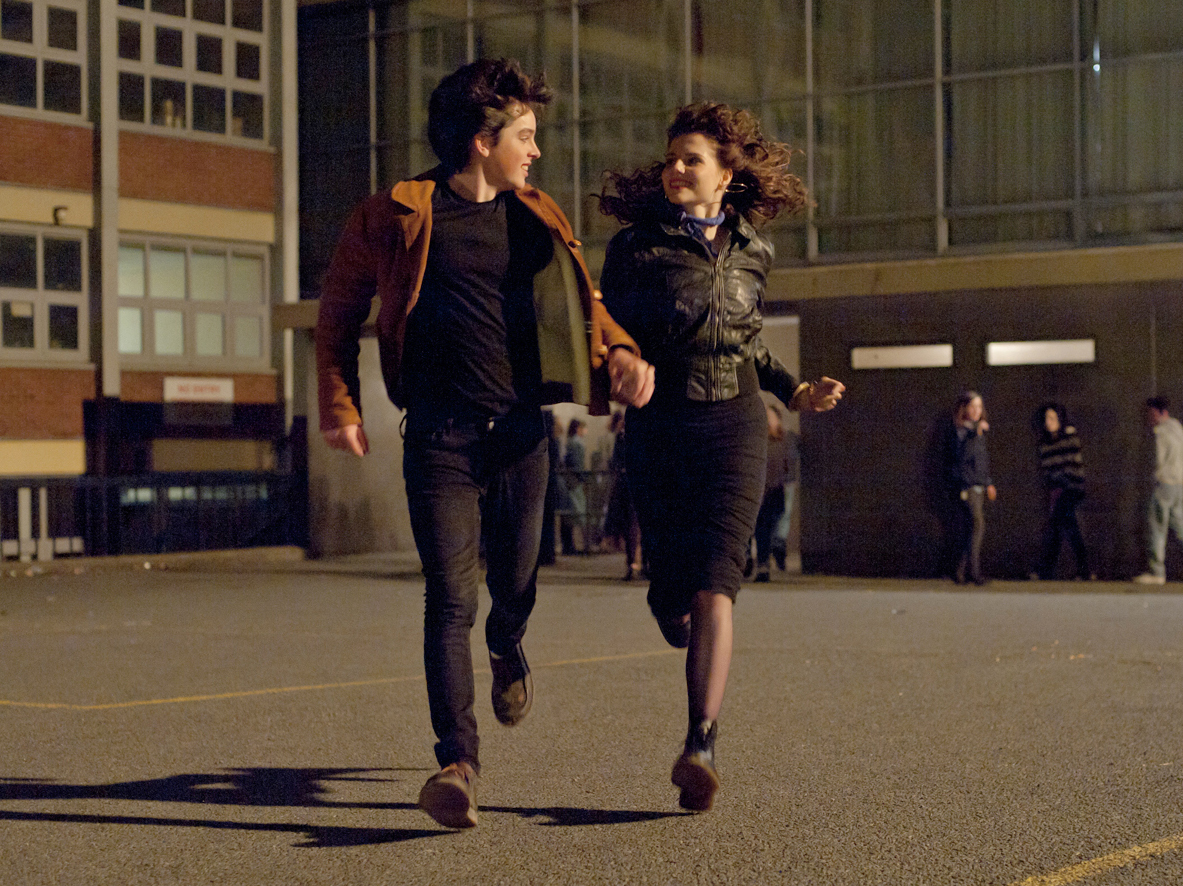 Let’s talk about the music choices as someone who grew up in that era. How did you pick the albums and styles?

The hardest thing was to narrow them down. I wanted albums that were sort of like the soundtrack to my pretensions and coming of age. Going from running away from girls to running after girls. What was significant to me in that journey emotionally. There’s a sequel to this with all Tom Waits records.

Yeah, where it just moves on.

Where you get your heart broken.

Yeah [laughs]. There’s a house in Dublin that I pass when I go for a cycle that I look into every time I pass because I remember a night when the parents away—a thing in Ireland they call “Free House,” I’m sure you have it in America. Friday night. I had a girlfriend from the week before who I was now going steady with, to put an Americanism on it. There was a glass of beer, a cigarette, a free house with no parents, it was Friday night and the whole weekend was yawning in front of you, and she was about to come in a minute. And I think “Killing an Arab” was on the turntable. I almost had that palpable realization that life is great.

Those moments almost always have a soundtrack.

How do you teach kids not even close to born about the importance of music in the ‘80s?

It mattered in such a different way to now, when music is just constantly being played and there’s no curatorship. Here’s more music, endlessly. It’s everywhere we go. The more success I have as a musical director, the less I listen to music. There’s a café where I ask them to turn it down and they go, “You’re the music guy.” “I know. Exactly.” I’m trying to read the paper or write a script. I don’t need Mumford & Sons. I can’t drown out fucking Mumford & Sons.

How do you teach this to kids who aren’t used to the way we appreciated music?

It’s interesting. The history of it. I feel like when music was harder to get we traced its history more. I certainly did back to music of my parents’ generation like The Beatles or Rolling Stones, but what happens when it’s everywhere and more a tool of marketing?

It’s here to stay, but it doesn’t mean that music is dead. I think music is dead in the conventional 3:20 pop song. That has been controlled by marketeers and salesmen. Who’s to say that people are going to stop creating music in their bedrooms, basements, and garages? Music is such an integral part of what we are. It was great to have a 30-year run of great rock and roll records. Now let’s have something else. Let’s have 25-minute experimental songs that marketeers cannot get their hands on because it’s so esoteric and odd.

Did you have music sessions with the kids?

Not really. We did a lot of YouTube. It’s so immediate. You get everything. You even get the ads. You really get a sense. That was really helpful to see the context and the colors and clothes of the videos. I’d play them like Japan and Iggy Pop and Spandau Ballet or Gang of Four. You played them Gang of Four, and they go “Oh, that’s where Franz Ferdinand comes from.” I feel like everything I listen to now, I know the source. It makes me feel like an old man.

I think that used to be a bigger part of music. I saw music as part of a lineage more than people do now.

Were there film inspirations here?

Nothing specific. I never really watch anything to prepare. I don’t like movies about kids. And I don’t see this as a kid's movie because I like the adults in it. I wouldn’t market it that way. I see it more as a romantic story. A story of a family with this kid breaking out.