Removing the Stigma: Omar Sy on “The Intouchables” and “Samba”

Olivier Nakache and Eric Toledano’s French comedy, “The Intouchables,” was a crowd-pleaser that proved to have tremendous international appeal. Its fact-based tale of the friendship between a quadriplegic man, Philippe (François Cluzet), and his caregiver, Driss (Omar Sy)—a man of a different race and class, was endearing primarily in how it subverted societally imposed stereotypes. Refusing to be stigmatized by his disability, Philippe revels in the unapologetic honesty and irreverent humor of his beloved companion. The film proved to be a star-making showcase for Sy, who has gone on to land roles in major American blockbusters, beginning with last summer’s “X-Men: Days of Future Past.”

Nakache and Toledano’s latest feature effort, “Samba,” provides Sy with the opportunity to stretch his dramatic muscles, while tackling the role of a man less comfortable in his skin. Sy plays Samba, an aspiring chef and immigrant struggling to acquire citizenship, who forges a tender relationship with Alice (Charlotte Gainsbourg), a weary immigration officer with a smitten heart. Though the film strikes an odd balance between cheery escapism and gritty, Dardenne-esque realism, Sy anchors the film with his unforced charisma. His performance ensures that Samba is no more defined by his status as an immigrant than Philippe was defined by his status as quadriplegic.

Sy spoke with RogerEbert.com about how “The Intouchables” changed his view of filmmaking, the delight of making “Jurassic World,” and his deep belief in the messages of Nakache and Toledano’s films.

The character of Samba is, in many ways, an inverse of your role in “The Intouchables.”

That’s why it was interesting for me to play him. I’m working with the same directors, and each time we collaborate, they give me a new kind of challenge as an actor. It was challenging for me to play a character who was so far from who I am. His accent, the way he moves, how he looks at people were all really interesting to research. I met some immigrants who went through that life and had the experience of living illegally [in France] for a time. I asked them how they found work, how they got paid, how they made friends, how they traveled—even how they crossed the street. They told me everything.

The topics of the movie were interesting for me as well, in how they connected with my own backstory, since my parents are immigrants. I love how Eric and Olivier bring a lot of heart and love to their movies and how they mix drama with humor. This film deals with very important issues, and it was the right time for the directors to [explore] them. We had fortunate timing, considering what’s going on today in Europe and even here, regarding immigration. It’s an international issue, and everyone can connect with it, whether they are an immigrant or know someone who has immigrated. 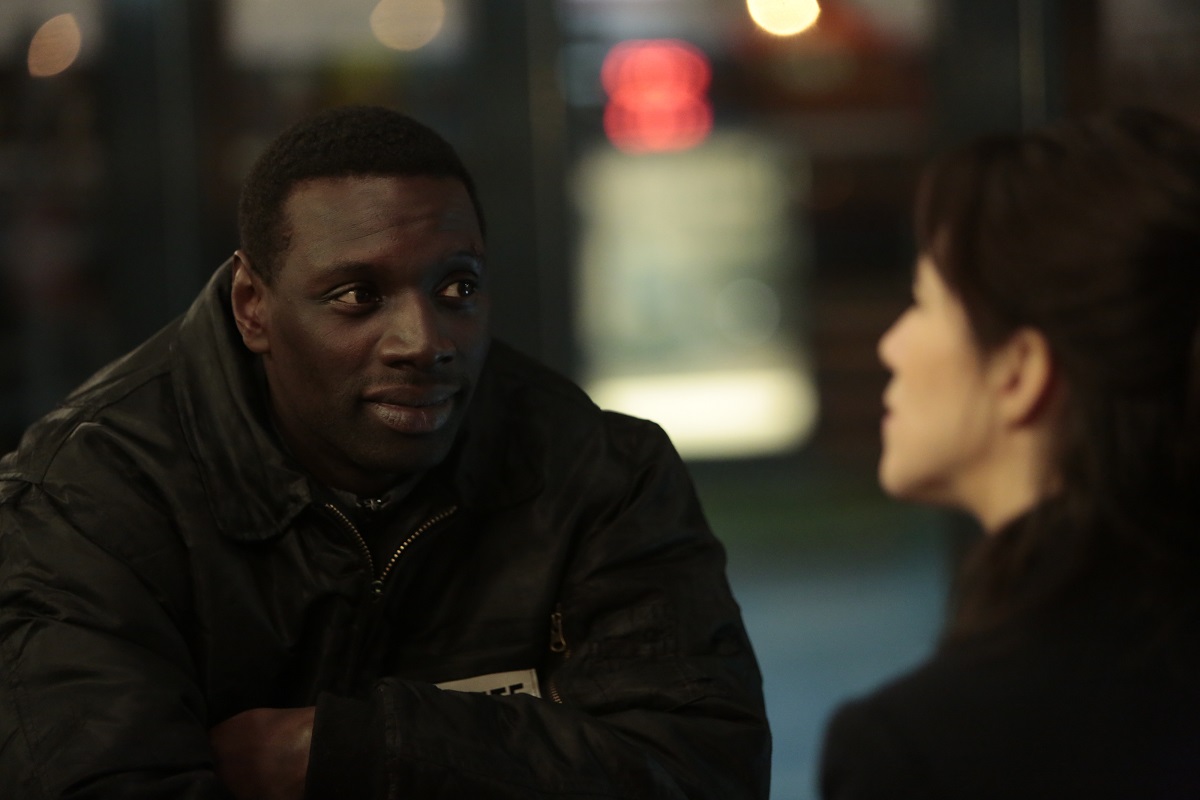 Charlotte Gainsbourg is also sort of playing against type here, too, and I especially liked how her character jokes that she’s a nymphomaniac.

[laughs] Yes, this is totally different from “Nymphomaniac.”

The bond between Samba and Alice is forged by mutual respect. Samba isn’t looking for pity, and neither was Philippe in “The Intouchables.”

Exactly. Friendship can only start between two people when they regard one another as equals. That’s why I found the friendship in “The Intouchables” so powerful. Philippe treats Driss as an equal, and that why they can joke with one another. Some people may find the humor controversial, but it’s exactly right for the characters.

I think it’s really interesting how an inexplicable connection between characters could lead them to inspire each other. I love a movie that shows how people can come together in acceptance. Samba is just trying to make a better life for himself and his story is so common in our own world today. At the beginning, Samba and Alice seem so different, but they are very similar in their loneliness and frustration.

One of the funniest scenes in “The Intouchables” occurs when Driss accompanies Philippe to the opera, and ends up laughing at the over-the-top theatrics.

It shows how different we can be, but that the difference isn’t a big issue. It can be fun to connect with people by sharing in something that you’re not used to, and of course, opera sometimes is hilarious. [laughs]

This is your fourth feature with Eric and Olivier, following “The Intouchables,” 2009’s “Tellement proches” and 2006’s “Those Happy Days.” What is the appeal of working with them?

They may be the first directors that gave me their trust. We’ve been working together for 15 years, and collaborated five times, if you count our short film [2002’s “Ces jours heureux”]. The communication has become so easy between us that we know each other’s thoughts and can work very fast. I’m a huge fan of their work because I love their messages of love, acceptance and the importance of starting a dialogue. That’s a key for making France better. It’s always a pleasure to work with Eric and Olivier, and I am always available and free to work with them. They’re already working on their next film, but we can’t talk about it yet. 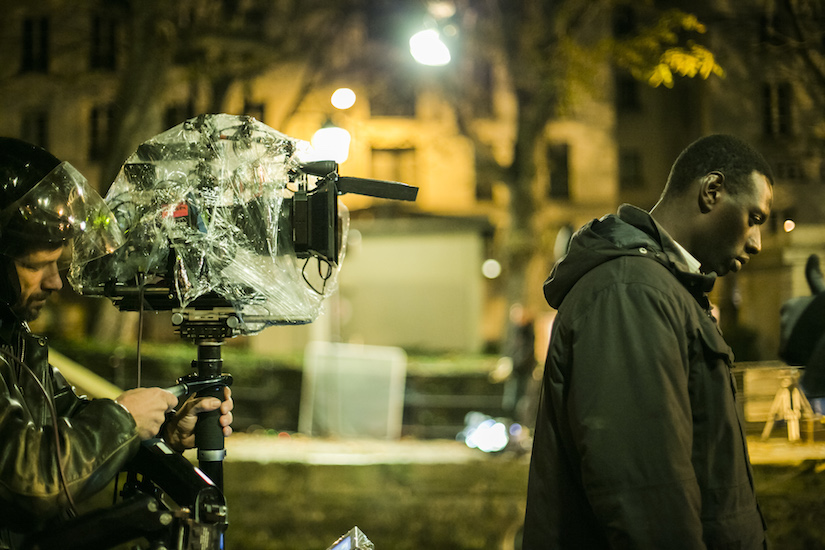 “Samba” has one of my favorite opening shots of the year, as the camera pans from dancers at a party to the kitchen where your character works.

That was done in one take, and I love that it’s the first shot in the movie. I used to say that there are multiple Frances, and this scene shows the diversity of our country. It shows how different the lives of people can be within the same country. Sometimes you can be in the same area at the same moment—even at the same event—and still be in an entirely different world. The film challenges people to explore immigration from a personal perspective, because it’s an issue that is all too often [politicized]. At its core, it’s about people just trying to make a better life for themselves, and we can learn from their stories.

I don’t want to tell people what to think about the issues raised in the film. But if they come out of the screening room and find their views on immigration changing just a little bit, that’s a big step forward, and it would make me so happy. I really believe that “Samba” can entertain people while, at the same time, show them something new about the world. After people saw “The Intouchables,” they would come up to me and say, “Thank you, that film made a big difference for me.” That’s when I learned how movies can be more than entertainment and actually make a difference in the world.

Another film you made that ended up seducing the world was, in fact, “Jurassic World.”

That film brought me back to childhood. It’s the same feeling you have when you’re a kid fighting dragons in the garden. I was able to act with something that wasn’t there, though we did have some guys in dinosaur suits moving around us. It was so cool to be on those sets, and I had very good partners—Chris Pratt, Bryce Dallas Howard, Vincent D’Onofrio and the director, Colin Trevorrow. He was so interesting, so funny and so smart. We had a good time.

The genre doesn’t matter to me when I’m choosing a role. You are always learning from one project to the next. That’s why you can act until you die, because there is always something new to learn. Maybe it’s too early for me to determine this, but for now, the biggest difference between making French movies and U.S. movies is the language. That’s the biggest challenge for me. Apart from that, it’s the same work. You’re just telling stories and trying to do your best and have fun.

You are also one of many big names in the cast for “Adam Jones,” the John Wells film set for U.S. release October 2nd, starring Bradley Cooper as the titular chef.

We shot that last summer, and it was a really good experience. I got to be in a kitchen with professional chefs and learn their methods of cooking. Chefs are artists, and sometimes they can have pretty crazy moments. [laughs] Samba’s goal is to one day be where Adam is in the movie.