Bill Pohlad’s “Love & Mercy” is a unique film in that it attempts to capture a musical icon not through the traditional biopic approach but through two distinct chapters of his life. Paul Dano plays Wilson in his youth, as he battles the demons in his life and in his head while also crafting one of the best albums of all time, “Pet Sounds.” The film intercuts those musically formative years with a vision of Wilson years later, under the thumb of a manipulative doctor (played by Paul Giamatti) and trying to escape with the new love of his life (played by Elizabeth Banks). John Cusack delivers one of his best performances as Wilson, capturing a genius in his more fragile years. The movie star and the living legend were kind enough to sit down with us at the legendary Metro in Chicago to talk music, inspiration, and process.

How does your process change when you’re playing real people, especially when it’s someone you’re going to sit next to someday in an interview?

JOHN CUSACK: The way we designed this movie, each actor was going to do a different take on Brian and we had him and Melinda there to talk to us. And his housekeeper who he has been with for so long. The Wilsons were gracious enough to take me into their life and talk to them. Even if I didn’t have that, I had the music.

Was any of it raw for you, Brian, seeing or even discussing these dark days of your life?

BRIAN WILSON: Some of the emotional moments. When I was taking drugs. Taking LSD. Cocaine. Amphetamines. It screwed my brain up, you know?

Did you ever approach John and say, “No, I didn’t do it that way; that didn’t happen like that”? 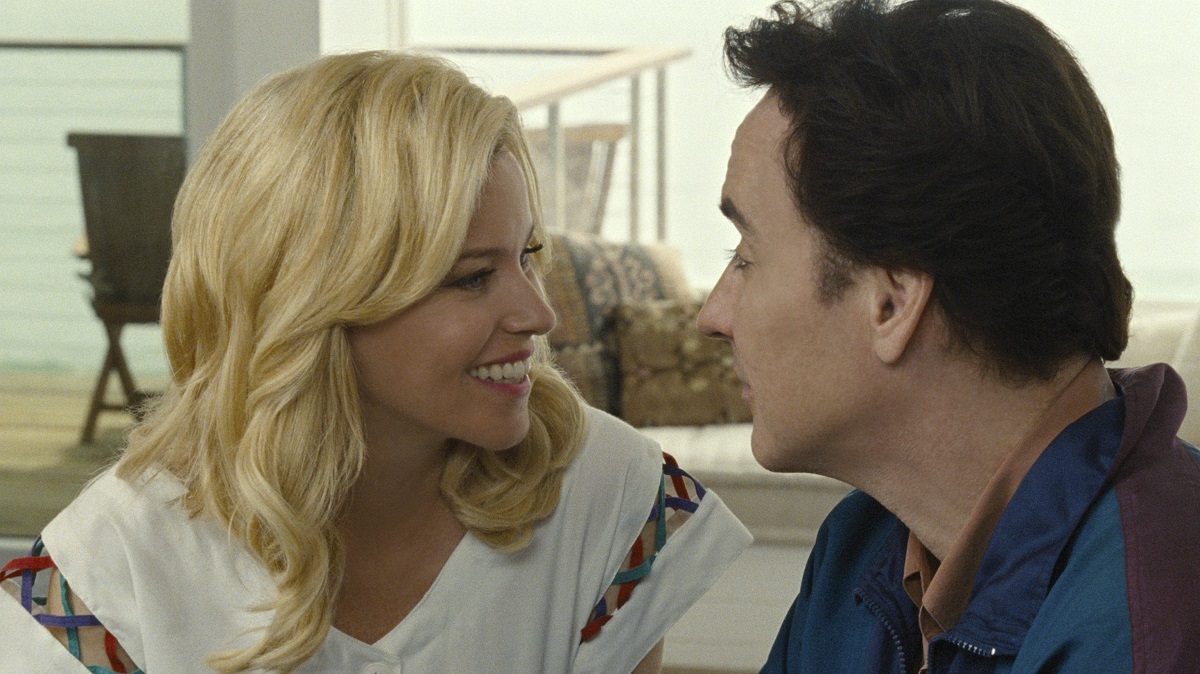 Clearly, everyone admires Brian Wilson. Is there more pressure for you, John, even personally, playing someone so iconic?

JC: I didn’t really worry about what other people thought, but I really worried about what Brian thought. And the people around him who know him really well—the people who have been working with him for 40, 50 years. I wanted those people to feel like—not that I did a perfect imitation—that I captured his spirit. That was very important. That made me nervous

How do you get past that?

I like the mini-biopic approach that takes chapters instead of a birth-to-death story. How does that approach change your process? Do you focus more on that specific period or do you still do the same amount of full-life research?

JC: I think that I wanted to know everything up to when the movie ends. We had two actors doing portraits or slices or songs to make an album. You could do a mini-series for 20 hours. The first movie could end up with Brian when he hears the Four Freshmen and his mind is blown and he wants to make music. So you know you can’t cover everything. You cover the creative apex and then…

JC: The dark ages. And this ascent back into himself. There’s no way to do it, and I talked to Brian and he said, “I don’t want to sugarcoat the dark parts.” And since I knew that’s what he wanted to do, I knew we had to do it as honestly as we could.

I love the sound design of the film and Atticus Ross’ music and how he portrays sounds in your head sort of coming to life in “Pet Sounds.” Is that accurate? Did you hear “Pet Sounds” like that?

BW: Yeah, it came out of my head. In the studio though. Not at my house.

Did that happen your whole life? Did you hear music in your head?

Was there a sense that you had to get it out of your head or was it more of a desire to keep pace with The Beatles? 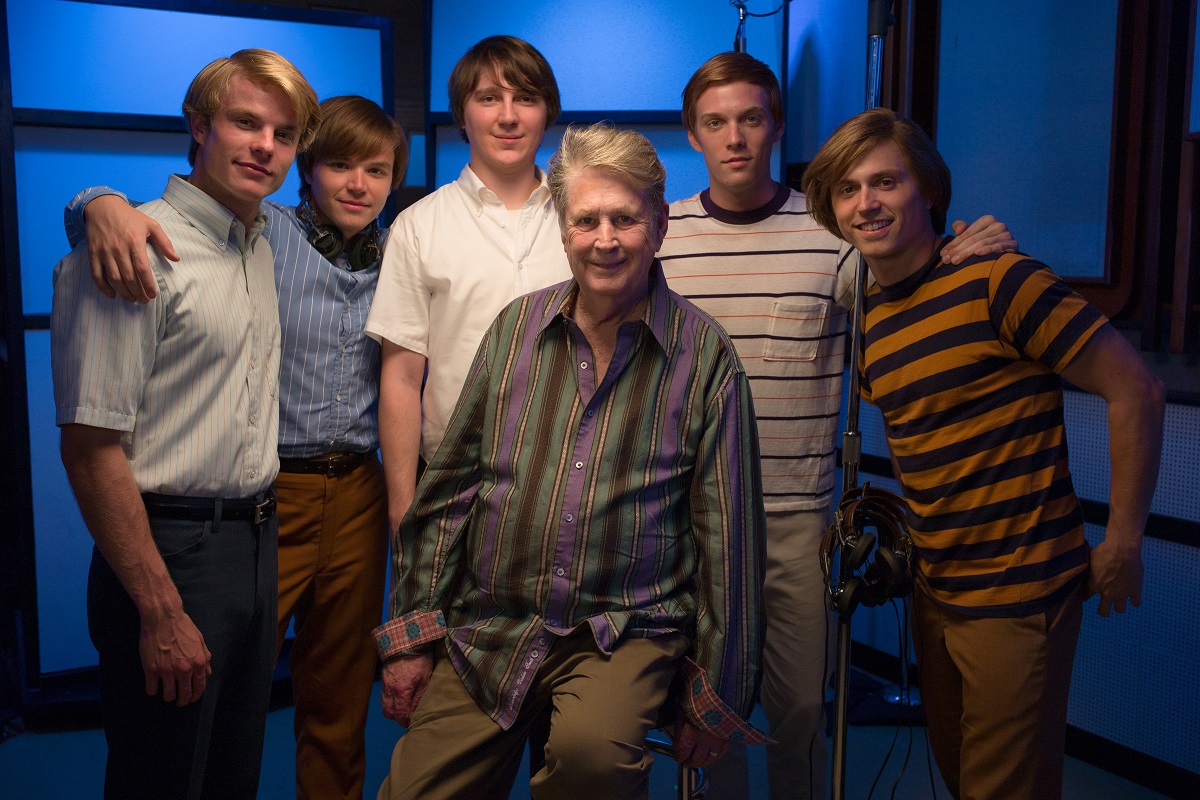 I love how the film focuses on process and craft instead of the traditional biopic hand-up on fame. Music biopics are almost always more about stage performance than studio recording. Why was it important to show the creation of music in this story instead of just its reception?

JC: Both eras we shot in the same studio, same location that Brian did his creative work in. Even to the point where the scene at the end in which Dr. Landy has him doing stuff that’s not his own and Melinda comes and says “Let’s go,” we’re in the same studio that he recorded in. Brian showed up to the set that day. How are we gonna get this scene? And Brian just showed up. It was all done in the spaces where his creativity comes from.

Why do so many filmmakers avoid the process of art? Films like “Ray” and “Get On Up” if they show music do so on stage, not in the studio. Why is that aspect so often ignored?

JC: I don’t know. I think that the problem with biopics is that you can’t tell a whole life. You have to tell a story that works as a film, and you have to choose what you want to show. You can’t show it all. If you wanted to do a movie about how famous The Beach Boys were, you can go watch documentaries.

JC: If you want to know what Brian went through as he was creating it, that’s a story that you can only tell with the help of the people who were there. And if you want to tell the story of the toll it takes on somebody, if you’re that kind of explorer, the toll of people who just want you to do what you’ve done before—keep making hits—then that’s another story. It has to work as a film. As one album. 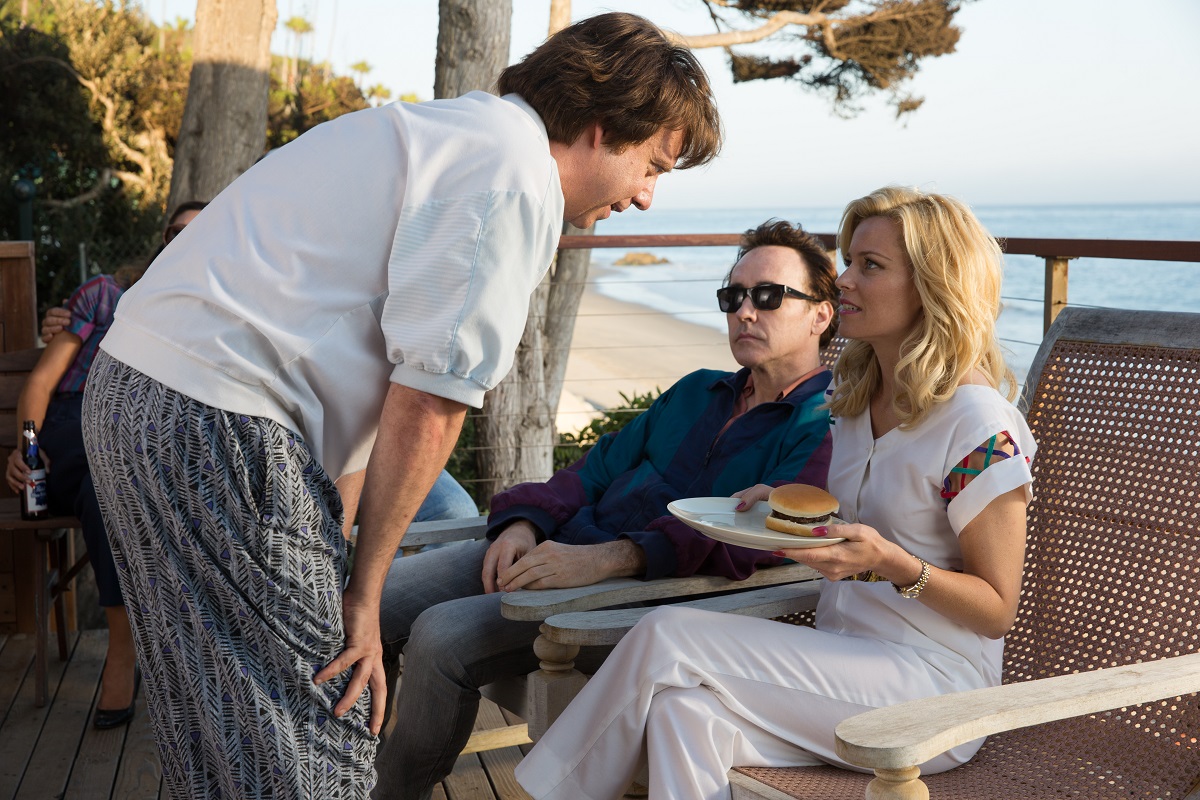 Music and film have intersected for you many times as music is so closely associated with films like “Say Anything…,” “High Fidelity,” and even “Grosse Pointe Blank.” Why is that? Is music something that has always interested you?

JC: Of course. Yeah. The way I experience music is autobiographically. I’ll hear one of Brian’s songs that meant one thing to me as a kid and something else as I grow up. The same song has a new connection. I chart my life through music that inspires me. Music keeps changing but great music you can come back to and it re-inspires you. I don’t separate music from film from performance—it’s all the same stream.

Brian, do you listen to your old music?

JC: Getting into the Smile sessions that was re-released in 2008. Totally blew me away.

The structure of the film is unique. Did you meet with Paul and discuss at all how you two would play off each other?

JC: We didn’t want to imitate each other. We wanted it to be two different portraits. We hoped in the end that they would harmonize together. We talked to each other, but we didn’t say, “Hey, what are you going to do?”

What did Melinda think?

BW: She loved it.

Do you still have that fear? Have you seen it again?