The new horror-western "Bone Tomahawk" is a gripping introduction to a new talent, speed metal drummer/filmmaker S. Craig Zahler. It's a tightly cast slow-burner starring Patrick Wilson, Matthew Fox, Richard Jenkins, and a mustachioed Kurt Russell, the latter playing a sheriff who leads the three men out of their small town and into the mountains, to rescue local folk (including Wilson's on-screen wife played by Lili Simmons) who have been kidnapped by cannibals.

One of the film's most audacious choices, aside from its mixing of a western like "The Searchers" with a vicious cannibal horror show with a grindhouse blender, is how it saddles lead actor Wilson with a progressively-bad limp throughout the long journey. As Russell, Jenkins and Fox ride day in, day out towards an unknown hell, Wilson's injured protagonist tests a pacing's tediousness by slowing them down. Like with many daring choices in this thrilling debut from writer/director S. Craig Zahler, the payoff is huge, especially once the hobbling movie gets to an unforgettable climax.

Wilson has carved out a diverse career as a lead actor in projects like "Watchmen," "Insidious" and "Young Adult," often starting characters off with an everyman vibe. He has spent plenty of time in smaller ventures as well, having starred in projects like "Hard Candy," "Stretch" and "Home Sweet Hell," playing contrasting roles that often find him as a type of dork, where his character may have little self-awareness, but Wilson himself undoubtedly does. Along with this week's release of "Bone Tomahawk," more of Wilson can be found in the newest season of FX's "Fargo."

Wilson spoke with RogerEbert.com from Austin, TX before its world premiere as the closing night film at Fantastic Fest earlier this month. We touched upon the refreshing shooting process of the film, the importance of self-awareness even when playing a character with a limp, the types of movies he no longer wants to make, his admiration of Michael Keaton, and more.

Taking a look at your filmography, which includes plenty of action and horror, "Bone Tomahawk" seems to be the goriest movie you’ve done.

I think you’re right. I would say this probably is; it has the goriest scenes. But whether or not a couple of gory scenes were in the movie, they more define how bold the movie wants to be. I was just looking for a western to do. But when this script came to me, I came on pretty late. The fact that Kurt [Russell] and Richard [Jenkins] and Matthew [Fox] were already involved—it was a pretty easy to get on the horse next to Wyatt Earp [laughs].

One of the film's distinct choices is that it saddles you, arguably its lead, with a limp through the entire thing. What scared you or excited you about that?

I was a little scared at the top. I thought, "Oh gosh, am I just going to look stupid here?" But what I loved was that this guy just keeps getting obstacles in his way, but he will stop at nothing. I thought that was pretty admirable.

Was there a lot of practicing with the limp, or something you figured out more on set?

I felt like I knew—it was sort of figuring out what the injury was, the extent of it. But it was pretty clear in the script. [S. Craig] Zahler was very careful in how he described [the injury]. And I knew that if it started out with a really horrible limp, I'd have nowhere to go. You want it to feel like nuisance.

I was surprised, and intrigued to see that Zahler co-wrote the score, and even the song in the credits.

Zahler and I got along in a lot of different levels. He is a drummer in a speed metal band, and we get lost in heavy metal pretty quickly. He used to write for a metal magazine, too. I was the only one who was interested in his Japanese imports of White Lion [laughs]. But I loved it. He’s a very interesting guy, and a super talented writer and now-director. I think his taste in a very wide range of music only helps. 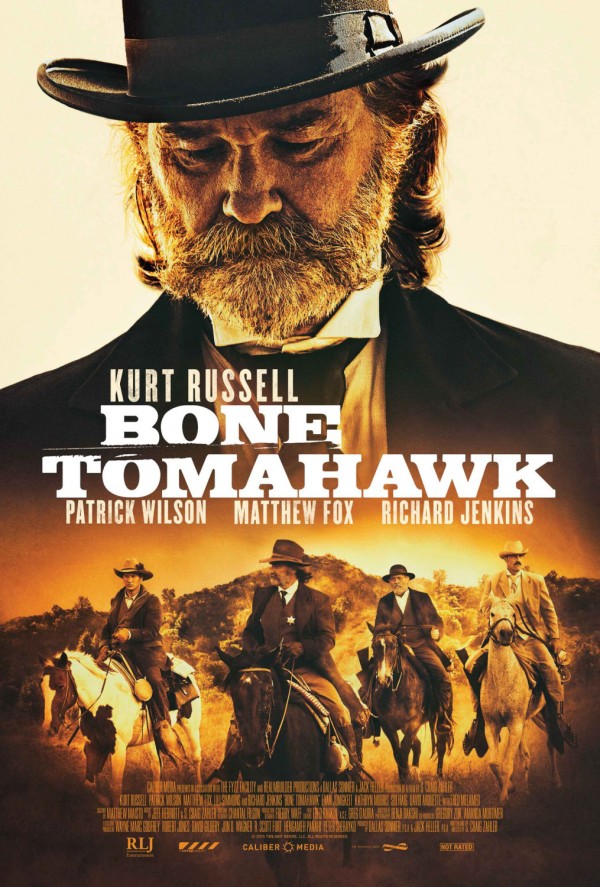 Was this a particularly refreshing shooting process for you?

Very refreshing, possibly the most refreshing. We all got to set several days early, which is unheard of. All of us and Zahler sat in a hotel in the valley for days, going through everything. And that helped because I can be pretty objective about performances, but I think you see all of that on screen. You see that in the relationships of the guys, the work we did prior to shooting. We didn’t have a ton of takes or a ton of coverage. Any questions that we had were answered before getting on set, which was great.

On set, do you normally watch playback of your performances?

I don’t, but that’s usually out of ... I have a pretty good idea of what I’m doing or what I look like. I think it’s different; there are some other performances that I probably should have, because I would have gone, "Wow, that’s nothing like what anyone else is doing." But usually I don’t. If it’s around and if it helps, I’ll watch it. But I’m actually pretty objective, and I can see myself. And more often than not, it coincides with what the director is feeling.

It seems that being self-aware, especially when playing a character with a helpless limp, or even a goofier character like in "Stretch" or the indie comedy "Home Sweet Home," that's the way to be in full control.

That’s exactly it, self-awareness. We’re speaking the same language. With "Stretch," [co-writer/director] Joe [Carnahan] and I are pretty tight, and so he knew when to push me and when it helped to be a little bolder with the character. And that was our nod to the excess of the '80s films like, "Fletch" or "Bachelor Party," all those over-the-top movies. So I don’t mind playing a realistic scene and then doing a great, weird thing with Ed Helms. For me, I like that. I think it was different with "Home Sweet Hell." But for any movie, you have to do a couple takes the first day and say, "You sure? That's how you want it to go?"

What are you currently hungry for as an actor?

A number of things; whatever's different. I've been really fortunate to have really different things come out even in the next few weeks that's really exciting for me. I’m doing "Conjuring 2" right now, and am so thrilled to be doing that. And after that, I am going to direct a musical at my alma mater [laughs]. I just like to do whatever's different. But I’m not running to do indie movies people may or may not be seeing as much anymore. That was fun and I did that for a few years, but time’s a bit more precious.

Advertisement
Speaking of your upcoming projects, you've got a role in the Ray Kroc/McDonald's film directed by John Lee Hancock, "The Founder," coming out November 2016. What has that experience, especially working with Michael Keaton, been like?

I read the script and absolutely loved it. John Lee Hancock, who I worked with on "The Alamo," who I absolutely adore, I've sent him things to do and he said no, but we’ve still kept in touch over th years. He basically said, "Do you want to come to Atlanta for a week and do some scenes with Michael Keaton?" Keaton is one of my heroes, and I have said that both publicly and privately. It's all about his versatility, especially to me as a young actor in high school; the run he had, watching someone go from "Batman" to "Pacific Heights" to "Beetlejuice," on the studio scale. That versatility is unmatched. I was so thrilled to work with him and do a couple scenes, and work with John Lynch and Nick Offerman. That’s going to be a really great film.