Sam Elliott is just as cool and suave as you would hope he would be from watching him steal films and TV shows for almost five decades. After making his debut as “Card Player #2” in “Butch Cassidy and the Sundance Kid” (which, coincidentally, starred Katherine Ross, who Elliott would meet and marry in the late ‘70s and stay with to this day), Elliott became a TV staple for the next two decades, really transferring over to film history in the late ‘80s and early ‘90s in a series of unforgettable roles in projects like “Road House,” “Gettysburg,” “Tombstone” and “The Big Lebowski”. He’s one of those rare actors who seems to have improved with age, as evidenced by his latest turn in Paul Weitz’s “Grandma”. In many ways, he’s the center of the film in that the piece turns emotionally after his one, riveting scene. He sat down with us recently in Chicago at the end of a tiring press tour to talk about why he acts, his latest run of indie cinema, his most legendary parts, and a brand-new project like none he’s ever done before.

When you have one crucial scene in a film, how does that change your process? Does it make it more difficult because you don’t have as much screenwriting material to develop the character?

No. I don’t think so. Maybe it makes it easier on some level. You’re there such a short period of time that you can really hone in on it before you even get there. I knew when I got there…it was just all on the page. I knew when got the script that I wanted to do it. It came out of the blue. It came via phone call from Paul’s brother Chris, who directed “The Golden Compass,” a movie that I was in. He called one night and said his brother was doing this movie with Lily Tomlin and there was a part in it he wanted you to look at. They sent me the script the next day and it just jumped out at me. Every line. Wow. Wow. I’ve never had a piece of material like this to work with. I’ve had scripts to work with, but never a concentrated 11 pages. It just went from A to Z.

It’s a mini-movie right there, and yet there’s so much between the lines in the looks you give Lily and the body language. I’m curious how much back story you do to develop that. Did you know your life with Elle that’s so crucial to this scene?

I think, again, that it was so well-constructed that I didn’t need to fabricate anything. It was there. I related to the fact that I had been cuckolded. I think we’ve all been cuckolded by a woman at some point in time. The interesting part was that I was cuckolded for another woman, which isn’t often the case, although that didn’t change a lot. I had been cuckolded in my life and knew what that felt like. This guy was obviously still in love with her. With his money was a picture of Lily when she was 21. It was just there. It was all there. You start digging around in the past and it’s so raw, and it just comes up.

There’s so much there in the eyes between you two.

I’ve often thought that some of the best work with any actor is the stuff between the lines. It’s like listening. Some actors are great listeners, and some like to listen to themselves talk. (Laughs.) 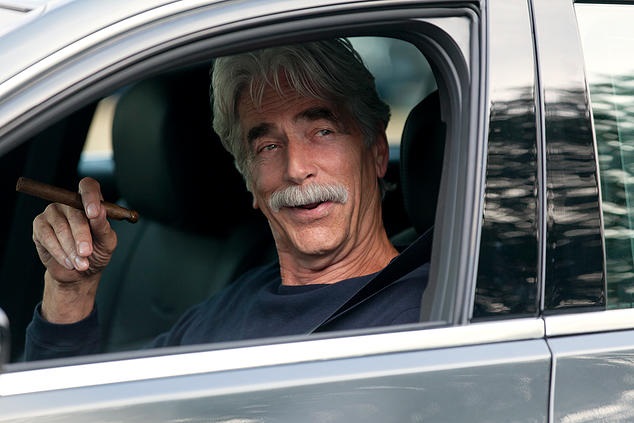 You had three Sundance films this year.

How did that come about?

I just had an exceptional year last year. I think it all started with a thing called “Robot Chicken,” which I did. I actually got nominated for this voiceover that I did for an Emmy Award. Lily and I were nominated in the same category, and she won. I met Lily there, and we had the briefest of encounters. I sat behind her, and I congratulated her after she came down with the award. And we moved on. And I don’t know if that had anything to do with anything but it was pretty serendipitous.

You’re in “I’ll See You in My Dreams” and “Digging For Fire” and “Grandma”—when three films like that come across your desk, how are you choosing what to do? Are you choosing characters that interest you or people you want to work with?

It’s both. It’s character first. It’s what’s on the page. It’s always been that way. Certainly there was a period early on in an actor’s career where you just want to work to work, but I figured out pretty early on in the game that it wasn’t about making money. I wanted to do this since I was a little kid. I wanted to be specifically a film actor. I figured out early on that the way to do that was…to have longevity was to be mindful of the kind of work I did. That meant that I was going to turn a lot of work down. There’s a lot of stuff I don’t want to do. Rarely do I get something…all the good stuff goes to a handful of guys. The thing with Blythe Danner was an opportunity to do that again. These character parts I just find unbelievable. It was the same thing on “Justified.” That was such great fun because of the character.

How did that come about?

I just got a call. I had seen the show over the years. I wasn’t “religious”; I don’t watch anything religiously. I had watched a number of them from the get-go. It just came my way. 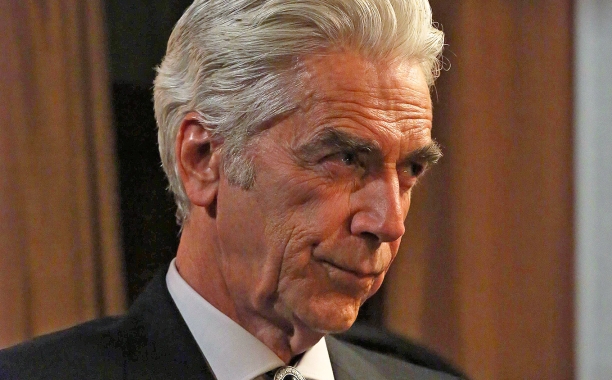 Do you think TV is more interesting now to you than it would have been 10-15 years ago?

I think the game has changed completely. Everybody’s doing television now. There are so many venues in television. It’s unbelievable. It’s gone from network television to cable television and now it’s this whole other world and everybody’s getting into the TV business with the whole Netflix thing. It’s all good. All of those outfits need content. Before they were gobbling up content and now they’re making their own. I’m actually about to get involved with one of those. I just committed myself to a series with Ashton Kutcher that’s going to start shooting in September for Netflix. 20 shows, 3-camera comedy—totally different than anything I’ve done before. Totally uncharted waters. I’m a little scared about it and I’m psyched about it at the same time.

I don’t think I have been in the past, but maybe as I get older I am because I’m thinking that I’m on the short-end now. If I want to climb any more mountains, I better get going before I can’t climb at all.

TV has changed, but how has the film industry changed in the last 40 years?

It’s one of the things about the TV industry that’s changed too—this whole transition to digital, as obvious as that may sound. When I got on the set for “Dreams” or “Grandma,” they’re like “just do it again.” Somebody call cut. No, just do it again. It’s a very freeing kind of a deal in terms of the pace of it. Before, it was kind of a distraction. You had to stop and gear it up and get rolling again. It’s a lot easier to stay in the moment. 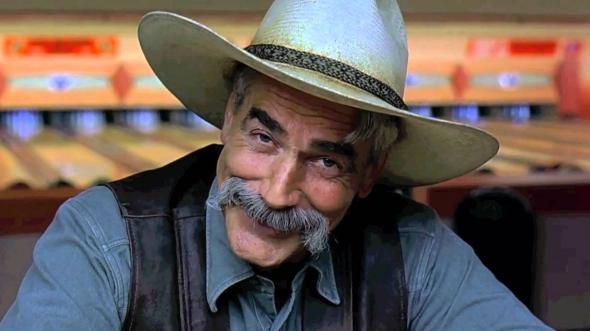 You said you knew you wanted to be a film actor from a very young age. Do you remember that inspiration, that moment?

I remember a period of time when I was growing up. There was a movie theater in Sacramento where I used to go to a lot of Saturday matinees. There was a theater in the neighborhood called the Sequoia. I watched all of those serials, the “Flash Gordon”s. Those old great films in black and white. I wanted to be a part of it. There was something about going into that theater and seeing that light on the screen go through the celluloid.

Do you think some of that magic is gone in an era when people are watching things on their phones?

No question. It’s the double-edged sword. I wonder if it’s not going to be all of our demise at some point.

The magic is gone but the accessibility factor—now people can watch things everywhere.

Yeah, yeah. I think that too is a double-edged sword. I’m not sure it’s all great that all those fucking guys in ISIS are watching all the shit they’re watching, brother.

What’s your airport movie? What do you get the most citations of when people run into you?

“The Big Lebowski”. “Roadhouse”. “Mask”. “Tombstone”. Those are the big ones.

Do you watch your old work?

Sometimes I’ll watch. Late at night. I don’t sit around and watch, but if something comes up. I don’t like dig ‘em out of the archives.

Why has “Big Lebowski” thrived for so long?

The Coen brothers, man. And I think Bridges just nailed it. People come up to me and say, “Just say one thing, man. The Dude Abides. Just say The Dude Abides for me.” Now you got it.