Every documentary ultimately tells two stories, the first detailing its subject and the second about its creator. Gabe Polsky’s decorated new work, “Red Army,” has been hailed since its debut in the official selection at Cannes this year. The movie is a vibrant and lucid cultural history of the Soviet national ice hockey team that dominated the sport until the collapse of the Soviet empire.

Polsky also threads the film with autobiographical flourishes that deepen his personal connection to the material. A child of Russian émigrés, he grew up on the North Shore of Chicago. Hockey was his first significant passion. “When I was 13, I had a coach who was one of the first coaches from the former Soviet Union to coach in the United States,” Polsky said.

The director returned home for a screening of his film at the Chicago International Film Festival. The Chicago screening followed high profile festival screenings at Telluride, Toronto and New York. The movie opens commercially later in the year, a qualifying run for Academy Award consideration.

“He really opened my eyes to a new understanding of sport and hockey. He encouraged creativity, which in North America wasn’t really so. We did all of this very different training, Soviet-style, a lot of gymnastics, walking on my hands, a lot of jumping, and unique exercises and he really taught us to play as a collective.”

After playing at a prep school on the East Coast his last two years of high school, Polsky played major college hockey at Yale University. Realizing a professional career was not really viable, he shifted his attention to filmmaking. He has staked out an enviable and eclectic body of work that freely mixes fiction and nonfiction work. He produced Werner Herzog’s idiosyncratic “Bad Lieutenant: Port of Call New Orleans,” and directed, with his older brother Alan Polsky, the 2012 independent feature, “The Motel Life.”

“Red Army” has consumed the last two years of his life. The movie synthesizes his two great interests, and he argues the Soviets’ balletic and magnetic style heightened the expressive capabilities of the sport. “The Soviets made hockey and made sport an art form,” he said. “It was almost a religious experience when I saw them the first time, on a VHS tape.

“When I looked into the story of a team, it was really a story of the rise and fall of the Soviet Union, the story of a people, a big story about Russia and its relationship to the West before and after the Cold War,” he said. Polsky intertwines archival footage with contemporary interviews, the bulk of them done during a 10-day shoot in Russia.

Like the Bolshoi Ballet, the Soviet national hockey team was conceived as an exemplar of Soviet socialism that was exported throughout the world as an idealist projection of its values and beliefs. (The movie opens with a black and white archival footage of the actor Ronald Reagan warning of the need to combat the rise of communism.) 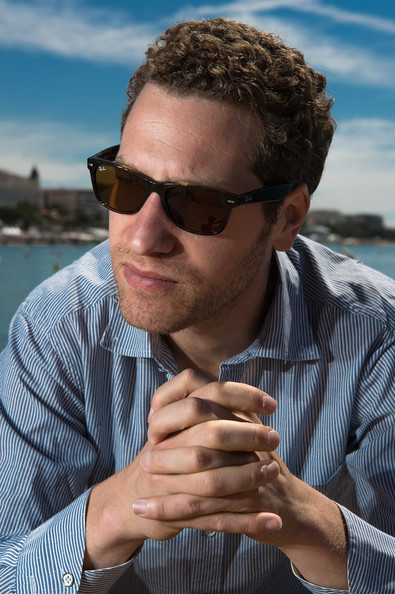 “That was an opening teaser for a slightly humorous, darkly ironic tone to recontextualize history and looking at it from a sideways angle,” Polsky said. The Reagan Administration figures prominently in the movie’s timeline, the movie’s primary focus concerned with the events from the team’s shocking loss to a group of college American players at the 1980 Olympics in Lake Placid through the period of glasnost and the break-up of the empire.

The movie’s central figure is Slava Fetisov, a star defenseman and youngest ever captain. He was the centerpiece of a gifted, brilliant group of players—Sergei Marakov, Vladimir Krutov, Igor Larionov and Alexei Kasatonov—that comprised the feared and virtually untouchable group called the Russian Five who dominated international competitions and exhibition matches against top National Hockey League teams.

“When I went to Russia to start shooting, I knew Fetisov was the captain of the team,” Polsky said. “I tried to reach out to him. I got a hold of his number and I called him five or six times and I never got an answer. Finally he answered and he declined to be interviewed about five or six times. Finally, he called me on the tenth day of shooting, our last day, and he said he’d meet with me for 15 minutes.

“We sat down and he was very confrontational, challenging me and keeping me on my toes. But ultimately he opened up and the interview lasted about five hours. I think he felt comfortable that I was prepared and tried to go much deeper into this story.”

Polsky deftly circles and moves around the complex and intricate story of Fetisov—encompassing triumph and disgrace, friendship and betrayal as Fetisov became one of the first players of the former team to play professionally in the NHL. The movie meditates on history and personality. “Everything in the Soviet Union was political,” he said. “Nothing happened without the planning and support of the government. Hockey was a major tool, along with chess and space, they spent a lot of money, on propaganda, to try and influence other people. The society was rotting on the inside, but what they were showing the world was a lot different.”

Polsky makes the point, convincingly, in the clash of political, cultural and social ideologies, the Soviets pioneered a more aesthetically significant and beautiful form of the sport. “What was very paradoxical in hockey, in North America, living in a society that was free, the style of hockey was so confining and limiting, a linear, aggressive approach to to the game.

“In the Soviet Union, although the society was very oppressive and highly regulated, the hockey was very free and open.”

His mentor Herzog is a producer on the film. Polsky hopes to emulate Herzog in his ability to upend expectations and work in different registers. “I like the idea of being able to make different kind of films, I think that’s the dream,” he said. “The thing about Werner, he’s always doing something different. He’s able to get the soul of his characters, something visceral, strange and mysterious about them.

“That has really been an influence on me. I think that’s what separate films, when you get that thing you can’t describe, [capturing] the soul of the character is what I strive for in anything I’m doing, specifically with this documentary.”