Dead Lizards and Philosophical Zombies: Benjamin Walker and Teresa Palmer on “The Choice”

Twelve years after “The Notebook” became a surprise hit at the box office, the latest Nicholas Sparks adaptation arrives in theaters just in time for Valentine’s Day. Director Ross Katz’s “The Choice” stars Benjamin Walker as Travis, an easygoing bachelor who falls for his new neighbor, Gabby (Teresa Palmer), the no-nonsense and not-at-all-available woman next door. Yet sparks fly between the couple in trademark Sparksian fashion until a sudden tragedy ruptures their plans, causing them to face the titular “choice” that will determine their fate.

Walker and Palmer spoke with RogerEbert.com about how their film subverts the typical Sparks formula, while also musing on a variety of topics, such as mortality, religion and how to deal with a dead lizard.

I must begin by admitting that my first date movie was indeed “A Walk to Remember.”

Teresa Palmer (TP): Are you still with the girl?

No, but we’ve remained good friends.

TP: I don’t mean to be a cliché, but I was the 18-year-old girl who was obsessed with “The Notebook.” Like really obsessed with it. I’ve seen it probably 30-40 times. I used to make boyfriends watch it with me. I dated Russell Brand once, and I made him watch “The Notebook” with me. We were in Mexico and he was like, “What are you doing, Palmer?! We’re watching ‘THE NOTEBOOK’!” He didn’t think it was as good as I did.

I liked “A Walk to Remember” because of how it showed these two people connecting in a pure, uncynical sort of way. It was a nice alternative to the typical teen movie.

BW: What’s unique about “The Choice” is that it’s not so pure at the beginning. It’s complicated and weird and confrontational and exciting at the same time.

TP: There are a lot of people involved, and it gets messy.

Both of your characters seem bewildered at finding themselves in this romance.

TP: Gabby is in disbelief. She’s like, “What is happening, why am I doing this? Are these good decisions?” But she follows her heart and I’m so glad she had the bravery to do that.

BW: Initially, she says, “No” to dinner with Travis. He has a whole conversation with his best friend—his dog—about how he’s in uncharted waters because of her. She makes Travis more of who he is. He’s not falling into the routine of, “We’ll sleep together and maybe I’ll call you or maybe I won’t.” This is something that really matters and it’s frightening to him.

TP: I see Travis as vulnerable even before we have our first confrontation and I think Gabby recognizes this too. There is a moment at the barbecue when Travis and his friends are all off playing and running up a hill together, and he suddenly seems very alone. I can see it on his face, and I think that Gabby, not knowing who he is, spots a little something in that too. There’s something about that vulnerability that’s very intriguing as much as he annoys her.

BW: The first thing Travis says to Gabby is, “I’m afraid my friends like you better.” Ninety percent of humor comes from a place of fear or discomfort or truth, and he’s coming over to her to confront the fact that she might be as amazing as he thinks she is. Travis is making a joke because he can’t deal with his own fear of it. Did I play that on the day? I have no idea. If you see it in there, great. 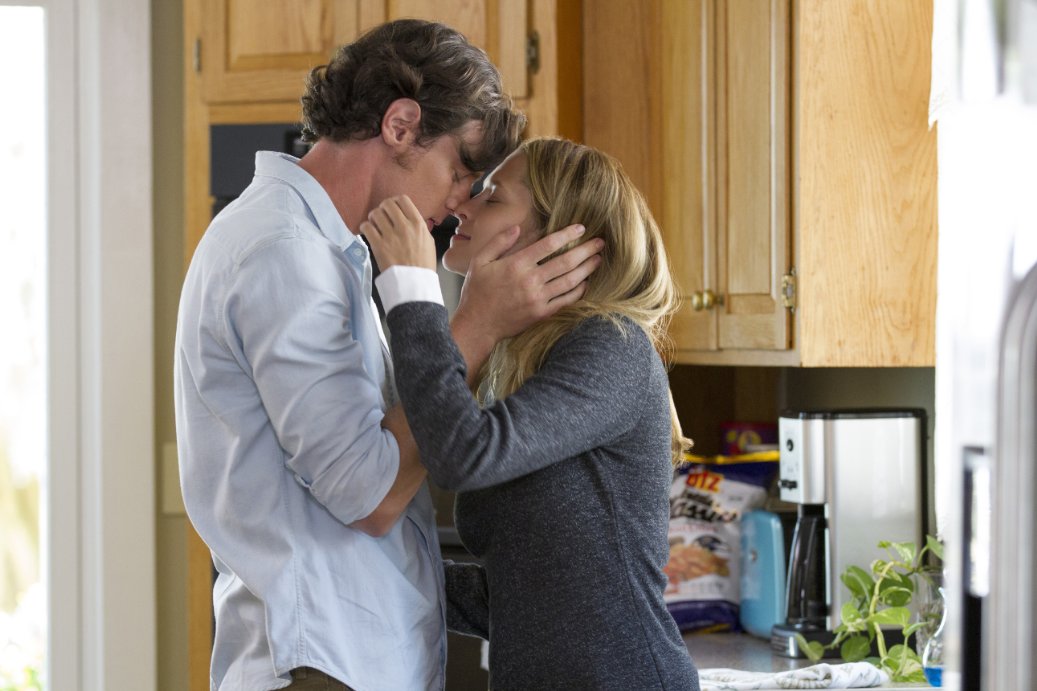 It goes against the grain of modern religious stereotypes to see people of faith who are open to having premarital sex.

TP: That is really true. The movie is not black and white, which is also true of life. It has all the many shades that life can be, and that’s what I love about it. The film feels grounded in reality, and that makes it relatable.

When your characters discuss religion, their differing beliefs don’t emerge as a deal-breaker.

BW: They’re able to see the similarities between the two viewpoints, as well as find the things that line up. Though we may have common ground in doctrine or in how we participate and share our lives with the world around us, we get caught up in the small details that distance us. I think we could all take a page out of Travis and Gabby’s book and … I should get off my soapbox. It’s a Nicholas Sparks movie, Ben! Shut up!

That may be, but these are the aspects of the film that couples will likely be discussing after leaving the theater. There’s also the ethical question in regards to the little girl’s deceased pet lizard, and how Travis lies to her that it lived by replacing it with a new one.

TP: You are the first person to mention that scene.

BW: It’s an indicative moment for my father and me in that we have had an intense tragedy when I was a boy. What kind of truth can you tolerate, and when is it important to share? I don’t really know the answer. I think he does the right thing for those circumstances.

TP: I think that there is a time and a place for that sort of stuff. Being a mother, I know that the big conceptual ideas regarding life and death are not things that I will want to discuss with my seven-year-old boy. When he’s 13 and asking questions, maybe we can throw that around. We’ve been talking about God and what he believes in, but in terms of death, I think it could be such a harrowing thing for a child to wrap their head around. There’s already so much tragedy in life anyway, if there is a way that we can avoid a little bit more then, yeah, I’m going to sugar-coat it a little bit.

Both of you have been in movies that find metaphorical use for the “undead.” Ben was in “Abraham Lincoln: Vampire Hunter,” which was quite a movie.

BW: Wow! That is the most politically correct way of describing a movie. [laughs] I got stopped on the train one time by a guy who was like, “Were you in that Abe Lincoln movie?” I said, “Yeah,” and he went, “Okay.”

[laughs] And Teresa was in “Warm Bodies,” which I loved.

BW: And which was successful. I don’t mean in terms of box office, I mean as a work. [pauses] I had a dream in which a zombie explained to me why humans were afraid of zombies before it ate me. I've had a recurring dream ever since I was a child of being chased by something frightening, and this time when it recurred, it was a zombie. In the dream, the zombie came in and he sat down across a desk and said, “Before we do this, I’m going to tell you why you are afraid of me.” I was like, “Okay … ” He said, “People are afraid of zombies because we represent death. Death in the sense that it is slow and creeping and constant. You can run, you can hide, but eventually, there will be so much of it, and it will have taken its time and will be an eventuality. Therefore, that kind of fear—not startling, but inevitable—is truly frightening to the human spirit.” And then he ate me.

TP: Oh my god, I have chills. He must be the most philosophical zombie of all time.

If a kid has a dream like that, he won’t need the lizard talk.

BW: [laughs] Exactly. I’ll talk to my therapist about it. 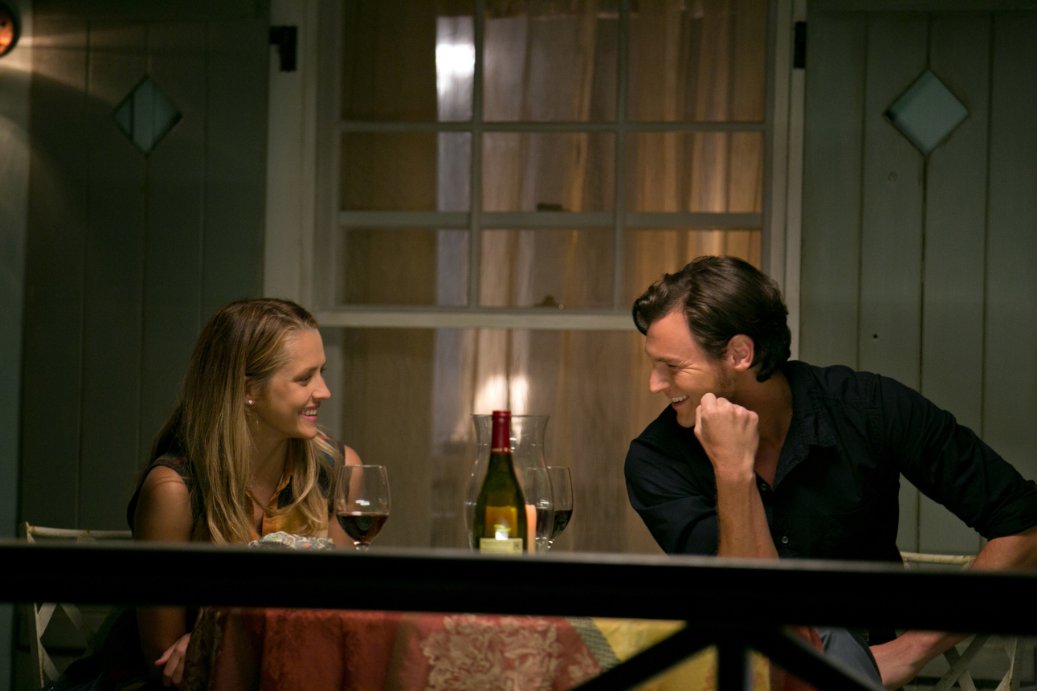 TP: I think “Warm Bodies” is a commentary on modern life in how we tend to exist as shells of ourselves. I always refer to it as self-imposed busyness. We just cruise through life—we have our job here and our outings here—but that’s not really living, that’s not really being present. It’s just going through the motions. “Warm Bodies” was about how we’re not connected. We’re always on our own devices, and it’s scary because we are headed in that direction. However I will say it feels like, and maybe this is just because of the people that I hang around with, there seems to be a movement of conscious-minded people wanting to live their life in a more mindful way. That’s exciting to me. It feels like there will be less of the zombies and more people being present with one another and finding that connection again between individuals. I hope that is the sort of society where my child will grow up.

You’ve both worked with some amazing people on stage and on camera—Christopher Plummer, John Malkovich, Laura Linney, Christian Bale, to name a few. Have any of those collaborations helped you evolve in a particular way as an actor?

BW: What I’m going to say is going to be nauseating, but it is the truth. You work with a lot of people over the course of a career, but there are only a few where you go, “I am a better actor because of that person,” and Teresa is one of them. It’s hard to convey the inseparability of trust and respect that actors require in order to work together. Even if we had great chemistry but we couldn’t communicate, we can’t collaborate. Even if we had both been very professional and had gotten along fine but there was no spark, you still wouldn’t have the same kind of work. The lessons I’ve learned from watching her not only as a mom and a woman but as an actor as well is this splitting experience. You’re working but you’re also on the outside learning and kind of sponging up the amazing things that she does.

TP: Aw, I feel the same way. We have really different backgrounds too in terms of where we came from. Being smashed together in this situation, it was a perfect storm of all these things, and it made our collaboration so vibrant. And I just worked with a filmmaker that made me feel like that too. Her name is Cate Shortland. She directed “Somersault” back in the day with Abbie Cornish and Sam Worthington, and her last film, “Lore,” was shortlisted for an Oscar.

BW: That was with Saskia Rosendahl. I adore that film.

TP: She is the most amazing filmmaker ever. I am so excited for her and the film that we just made together, “Berlin Syndrome.” I shot it last October with Max Riemelt, the German actor. Just being around a woman like Cate who truly wants to bring your essence and put that on the screen was fantastic. She completely gives her trust over to you as a performer. You can be brave and daring and vulnerable, and all those sorts of things. She gave us a platform where we could play and experiment. I’ve only had two experiences in my career like that. “Warm Bodies” would’ve been another one, but I was still quite nervous as a performer and I didn’t feel liberated. By the time I got to this film and was thrown in next to [Ben], it was great. I know that those experiences are very rare, and I hope that I can have a few more in the future.