Dario Argento on "Dracula" and Horror

If you were to ask any horror film fanatic worth his or her salt to name some of their all-time genre favorites, it is almost certain that the ensuing lists would contain a couple of titles from legendary Italian director Dario Argento. Combining bizarre narratives that aren't so much conventional stories as they are waking nightmares in which practically anything can happen and elaborately conceived and executed set-pieces that marry together a lush visual style and unheard-of levels of on-screen brutality, Argento has created some of the most gruesomely gorgeous tales of terror ever filmed—the most notable being "Deep Red," "Tenebrae," "Opera," "The Stendhal Syndrome" and his landmark supernatural "Three Mothers" trilogy of "Suspiria," "Inferno" and "Mother of Tears"—and he has proven to be a strong influence on subsequent generations of horror filmmakers as well. In addition, he should also be noted for being the father of Asia Argento, one of the most striking actresses working today and with whom he has collaborated with several times over the years.

His latest film is "Dracula 3D," his take on the Bram Stoker warhorse, and to be perfectly honest, it is not one of his better efforts. Although stronger than such recent misfires as "The Card Player" and "Giallo," it is a disappointingly bland reworking of familiar material that adds plenty of nudity and violence to the mix but which never quite makes the case for its existence. And yet, there are some worthwhile elements on it here and there for those willing to make the effort.

To promote "Dracula 3D," which has slowly begun opening in theaters throughout the country and which is currently also playing as a VOD title on many cable systems, Argento has come to America—only a couple of days after completing a staging of Verdi's opera "Macbeth"—to promote the film. During a stop in Chicago, where the film was shown as a special presentation of the Chicago International Film Festival, I was privileged to get to sit down and talk with a man that I consider to be one of my favorite directors. Surprisingly soft-spoken, he talked in slightly broken English (which was nevertheless better than my Italian) about the film, working with 3D and his daughter and his thoughts on the much-rumored remake of "Suspiria" that has been hinted at for the last several years.

Do you remember the first film that you ever saw or, barring that, the first one to have a real impact on you? 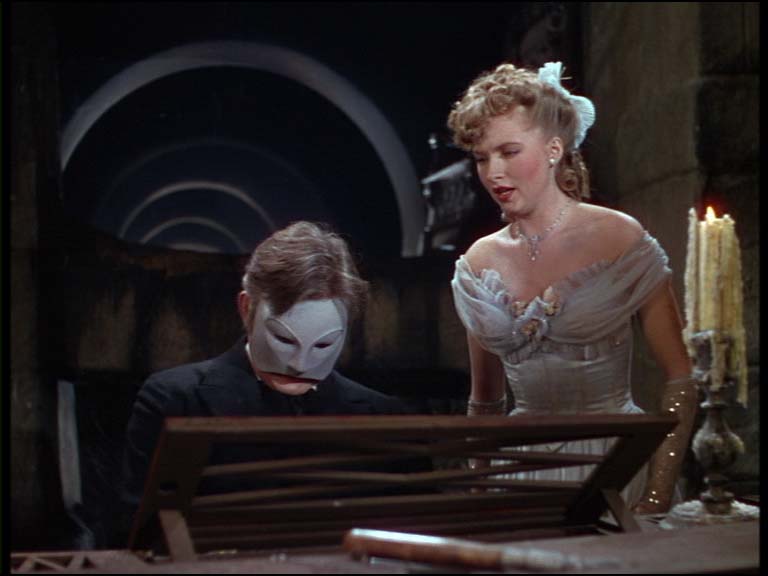 The first movie I ever saw, I do not remember. I was very young and I was on vacation with my family and there was a retrospective of old films and one of them was "The Phantom of the Opera" with Claude Rains that was in color. It was something very important for my career because I began to follow these stories that were morbid.

How did the idea of doing a screen version of "Dracula" come about?

I had wanted to do "Dracula" many years ago but I could not find the way into it. Now we have the new technology of 3D and that changed my mind about doing this. It is possible to represent "Dracula" in a new way that looked more natural. With the depth, something changes and the audience feels as though they have been pushed inside the screen.

In the past, you have dealt with supernatural forms of horror in the "Three Mothers" trilogy—"Suspiria," "Inferno" and "Mother of Tears"—and "Phenonema" but in those films, you were the sole creator of their mythos and could do anything that you wanted. What was it like to do a supernatural-themed story like "Dracula" in which the basic rules have already been well-established in the minds of the audience?

Everything involving vampires now comes from something that Bram Stoker wrote in his book—everything about vampires comes from this novel. Some of it is good and some of it is not so good. I think the Hammer films were very good and very scary. I remembered them very well and I used them as an inspiration. 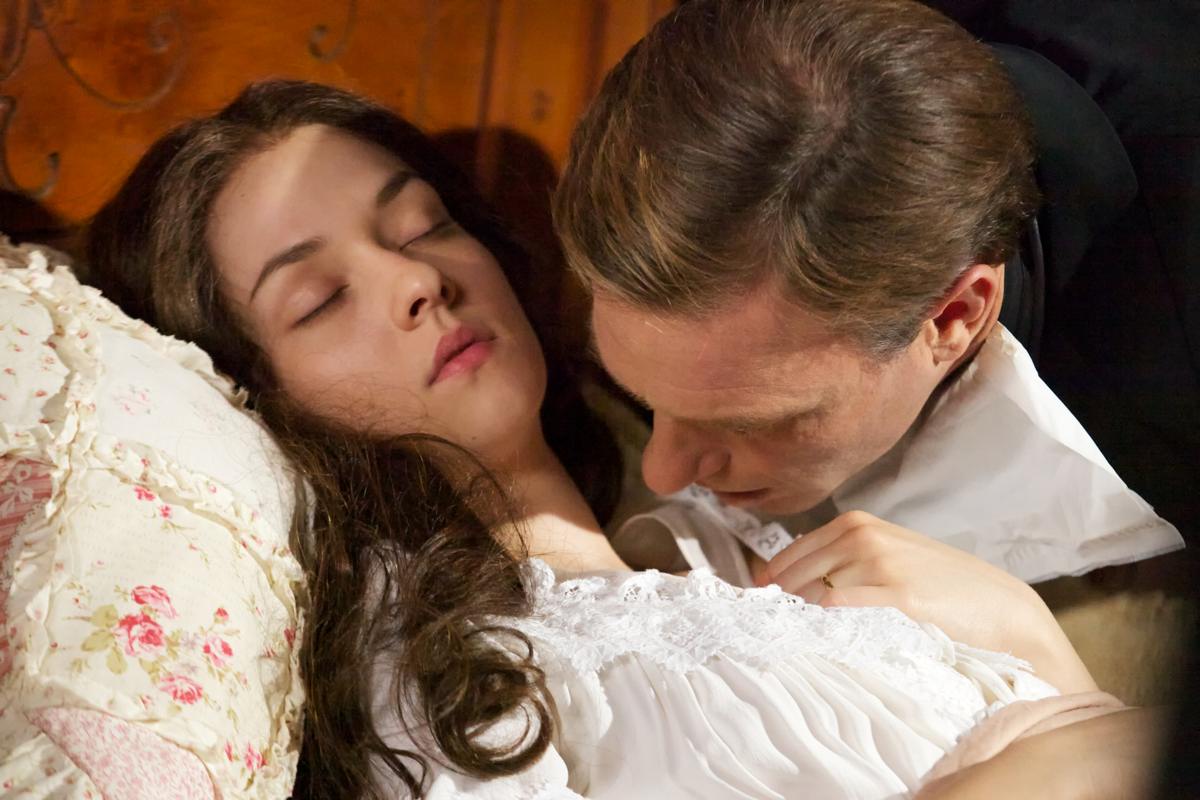 In adapting the story, the basic plot is the same but, like most people who have tackled it in the past, you have thrown some new ideas into the mix as well, such as the townspeople being in overt collusion with Dracula in exchange for his financial aid and Dracula's transformations into a wide variety of animals and insects, including the already infamous moment where he transforms into a giant praying mantis.

For Dracula, it is possible to change into a bat or a wolf, so why not a spider or a mantis or any creature?

Can you talk about the visual strategy for the film that you devised with cinematographer and longtime collaborator Luciano Tovoli? You mentioned the Hammer films earlier and the look of your film definitely falls in line with their distinct stylings.

Before shooting, I had an idea about the color because 3D requires it to be brighter than usual and I asked Tovoli, who I had worked with on "Suspiria," to work with me on this project. We used the new technology of the Arriflex, which is what they used on "Hugo Cabret," and it really allows you to see the distance and it creates something that is magic. I did not want the stupid effects like object coming off of the screen into the audience—those are easy and they are stupid. By being able to see the distance inside, the audience feels like they are in the screen with the actors and that makes it more interesting.

Did working in 3D  for the first time require any significant shift in your directorial approach or did you look at it as just another tool?

No, the work is the same. Of course, I needed to plan on the distances because in 2D, those things do not exist. I remembered watching the film from Alfred Hitchcock, "Dial M for Murder," and he shot almost all of that movie in one room. There was a genius in what Hitchcock did by manipulating things in that room so that you could see the distances between things like the tables and the vases because of how he used perspective.

This is, I believe, the fifth film that you have directed that has featured your daughter, Asia, in the cast, following "Trauma," "The Stendhal Syndrome," "The Phantom of the Opera" and "Mother of Tears." How has the working relationship between the two of you developed over the years, especially since she has become a director of note herself with "Scarlet Diva" and "The Heart is Deceitful Above All Things"?

Nowadays, she is more cautious about her work that she was before because she now understands the work of the director. We speak a lot during the shooting about the work but when we are shooting, we are not talking as father and daughter—it is all professional. We speak about the work—she works into the night about the next day's work—and it is a marvelous experience to work with her. I am so happy about it.

How did the casting of some of the other roles comes about, such as Thomas Kretschmann, whom you used in the past as the psycho in "The Stendhal Syndrome," as Dracula and cult icon Rutger Hauer as vampire hunter Abraham Van Helsing? 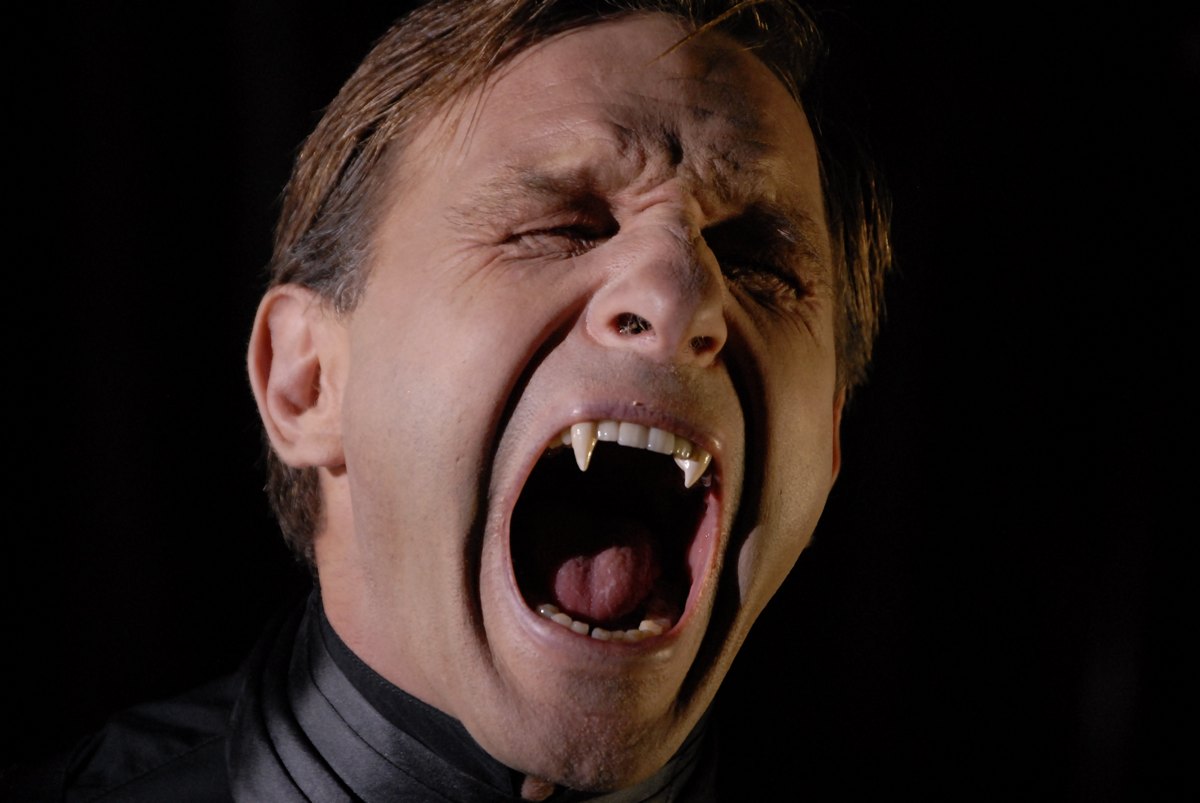 Rutger Hauer is marvelous—he is a monument of the cinema and he has the right characteristics. In the Bram Stoker book, the character of Van Helsing is Dutch and he, of course, is really Dutch. With Kretschmann, he has a real European face that is right for Dracula. We worked together before and when I asked him, he said that it was his dream to play Dracula.

As an undisputed legend in the annals of horror filmmaking, what are your thoughts on the state of the genre today? Are there any films or filmmakers that particularly interest you or do you simply avoid it altogether?

I don't see too many of them. Some films are good—I have liked some of the ones from France and Spain and South Korea.

Do you have any particular favorites amongst your own body of work?

All of them are important to me, you know? Maybe something like "Suspiria" or "Deep Red" or "Opera" or even "Phenomena."

You are, of course, justly famous for creating cinematic set-pieces that combine incredible visual technique and extreme gore into tableaus that are both beautiful and brutal in equal measure. Looking back, do you think there has ever been a case in which you feel that you may have gone too far in terms of bloodshed in your efforts to shock and scare viewers?

It is always for the story. The stories need those scenes and that is why I do that.

You just completed a staging of Verdi's "Macbeth"—the very same opera at the heart of your film "Opera"—which I believe was your first full-blown stage creation. What was that experience like? 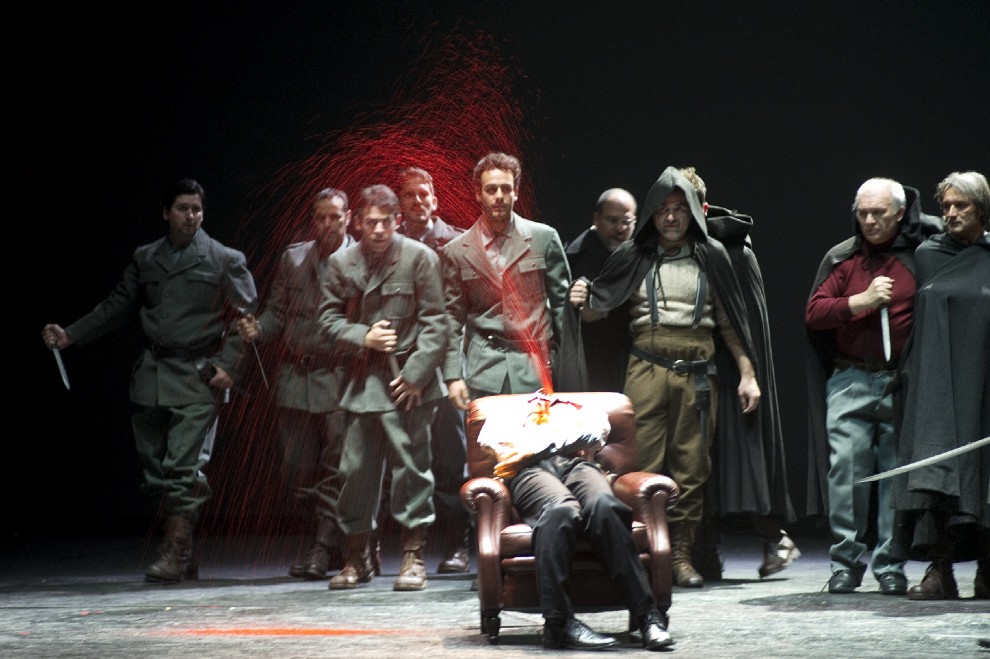 It was just two days before I came here that I finished the opera. It was very good work, working with the singers and the staging. "Macbeth" is one of the best operas ever and doing it was a great experience. I added some things to the opera based from my experience on the movie—such as some of the special effects and bits of film—to make it new and interesting. It was a very good work and a very good experience.

Are you working on any new film projects right now?

No. I spent a lot of time doing the opera and for the moment, I do not have any ideas.

Lastly, there has been talk in the last few years of a possible remake of "Suspiria"—David Gordon Green, of all people, was connected to it for a while. What are your thoughts on this project and the possibility of seeing your own work being remade by others?

I hope it does not get made. Nobody called me. Nobody sent me a script. Nobody asked me my opinion about. I hope they do not do it.