Within the first few seconds of meeting Jason Schwartzman, one thing becomes crystal-clear: the man is as friendly and generous as his titular character in Alex Ross Perry’s acclaimed indie, “Listen Up Philip,” is mean and self-involved. Actually, “self-involved” is putting it nicely. Philip Friedman is such a narcissistic monster that his detachment from the surrounding world verges on delusional. He antagonizes everything and everyone around him, especially the people who care about him, including his long-suffering girlfriend, Ashley (a sublime Elisabeth Moss). Perry’s script masterfully balances the narratives of Ashley, Philip and his idol, author Ike (Jonathan Pryce), who allows the chronically enraged writer to stay in his summer house. Schwartzman is so utterly convincing in the role that it’s a shock to meet the gracious actor in person. His demeanor is closer in spirit to the sunny songwriter he played in “Saving Mr. Banks” than to Max Fischer, Louis XVI or Philip. None of those characters are the sort of people you’d want sitting next to you on an extended bus ride. After talking to Schwartzman for 15 minutes, you’ll want to take a week-long road trip with the guy.

RogerEbert.com spoke with Schwartzman about what made Perry’s script so enticing, making hatable characters compulsively watchable and the joys of working with David O. Russell and Wes Anderson. 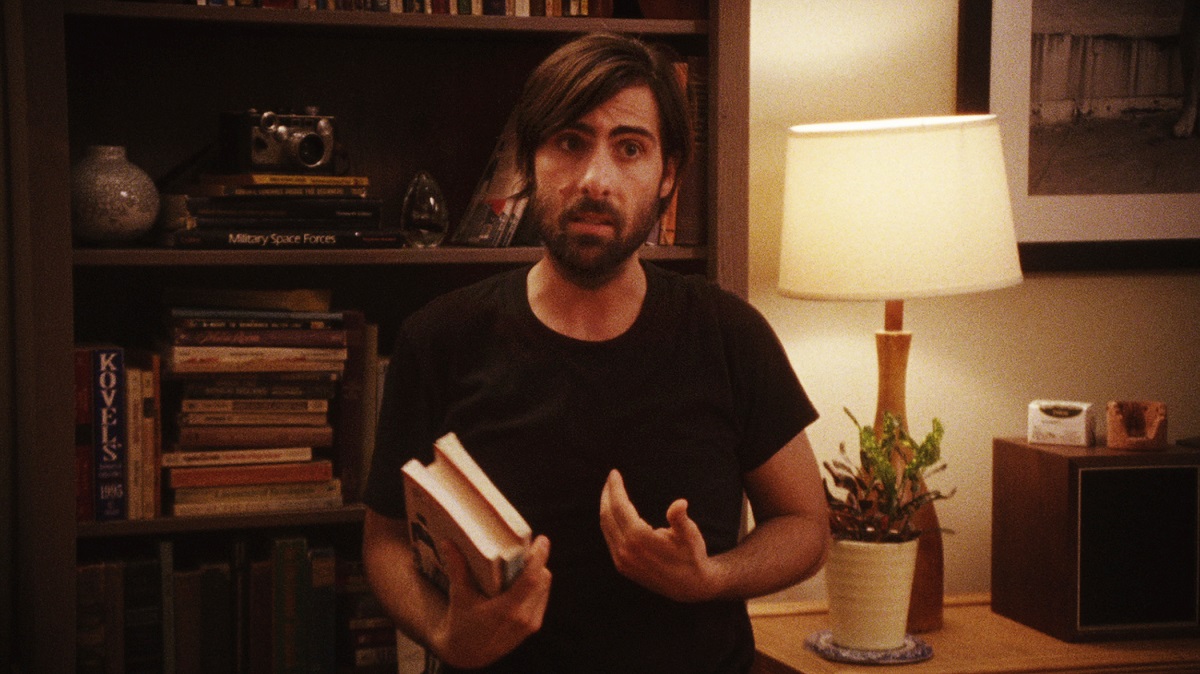 How familiar were you with Alex Ross Perry’s work prior to working with him? I had been a fan of his since seeing his 2011 film, “The Color Wheel.”

I was not familiar with his work. I have two kids now, and it’s not “The Color Wheel”’s fault that I didn’t know what it was, it’s my fault. I got the script through the usual channel, which is my agent. He sent me the script, and it came with a DVD of “The Color Wheel,” which I watched after I read the script. It was a very claustrophobic reading experience as it probably is as a viewing experience, and I was really taken with the care that had been put into it. He took the time to make it a nice-looking script which made for a nice reading experience. He really made it so pleasurable and I was so excited to meet him just to thank him for writing it so nicely. It was full of all kinds of really odd details that you don’t often see in scripts.

First of all, it was way bigger than a normal script by 30 or 40 pages. The line, “Philip enters the room,” might normally be enough for a screenwriter. Some writers just write treatments, and that’s absolutely fine. This script is so interesting because it would say, “He enters the room, the ceilings are roughly 25 feet high,” and it reads more like a play. Then it’s full of all these details that you’re not even going to see. It describes this party sequence and at the end of it, it says, “It’s [Philip’s] birthday.” And it’s never referred to in the movie. That kind of care was really exciting. Then I watched “The Color Wheel,” and it helped me make sense of what he was thinking for this film. It was way bigger in scope but a lot of similar things would be there too, such as lots of dialogue that was rapid-paced.

I didn’t know that it was a script that he was offering me to be in. I didn’t understand the conditions of our first meeting, so I thought, “I’m sure everyone wants to be in this movie and that he’ll be meeting with a hundred people.” At our first meeting, I was kind of nervous because I really wanted to be in it, but I didn’t want that to show. I was hoping that we would be able to get along because if it was awkward, I don’t know if I could’ve done the movie. I don’t know if I have the skills to have done a complicated character like that on my own. There needed to be an exchange between us. 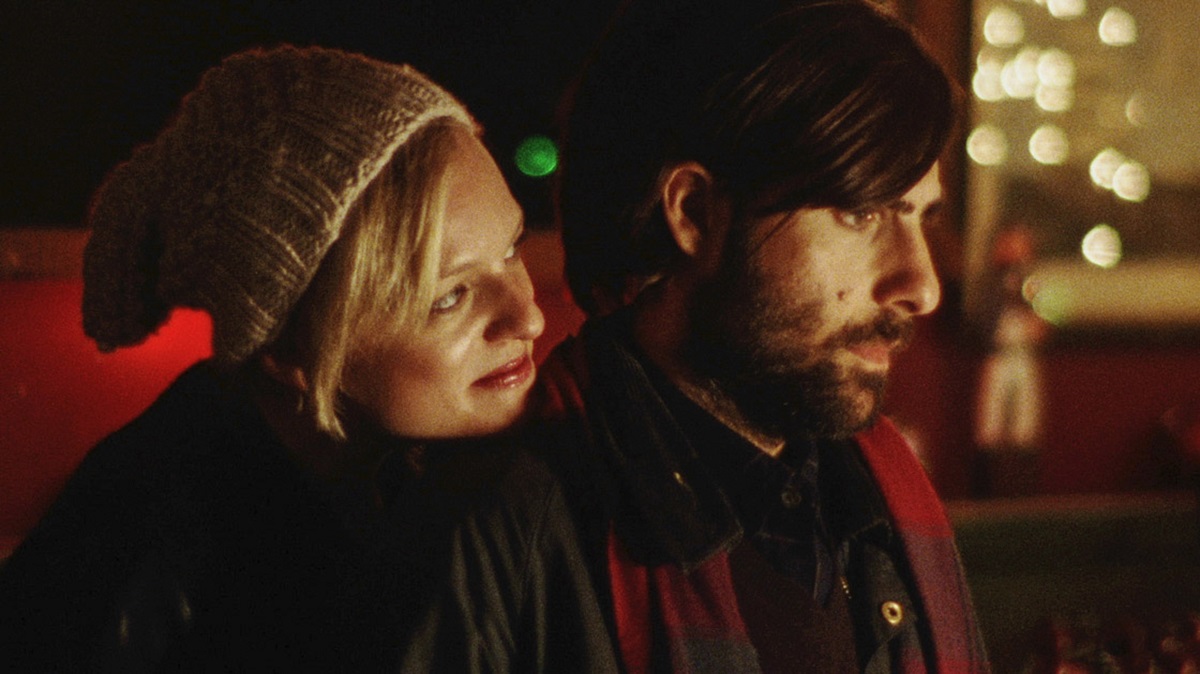 That sort of specificity in detail reminds me of Wes Anderson’s work.

It’s not necessary, but it’s appealing. I’ve worked on movies where that wasn’t the case. I’m not saying I want to talk about [the movie] all day long, because at some point, you’ve got to start making it, but I do like having conversations about it. When I read Alex’s script, it seemed like there were so many options. I just needed to narrow some stuff down. It’s sort of like when you go to an eye doctor they give you two options: lens number one or number two. You choose lens number two, and then they give you two more options based on that. I had to find the prescription [for Philip] and I wouldn’t have been able to do that if Alex didn’t know whether it was lens number one or number two.

How were you able to make a potentially unbearable character compulsively watchable without diluting him of his meanness?

When we first got together, we were having more philosophical conversations. We were asking, “How mean can he be? When does it become unbearable, when does it become repellant? Where are those lines?” There are times when we were like, “Should we add a line here that softens the character?” or, “Is there a story that he could tell that gives a little contour of sympathy?” But honestly, all it did was make him passive aggressive. The whole movie is built on the idea of this guy being this way, so any alteration just sort of felt slapped on. So basically, the idea was, let’s just go for it. We’re not going to worry about him being sympathetic or not. We’re just going to hopefully make him fascinating or compelling. Those are more the words that were our best case scenario. Worst case scenario was that he was just completely hatable, and it was sort of a risk to do it that way. The idea was, let’s throw likability out the window and find something that still makes him worth watching. For the first eight pages of the script, during my initial reading of it, I was like, “Man, I don’t know, he’s so mean.” Then I put it down because I needed to clear my head. 45 minutes later, I started wondering about what was going on in his head, and continued reading. I think there was something built into the character that was sort of fascinating. He’s so extreme. 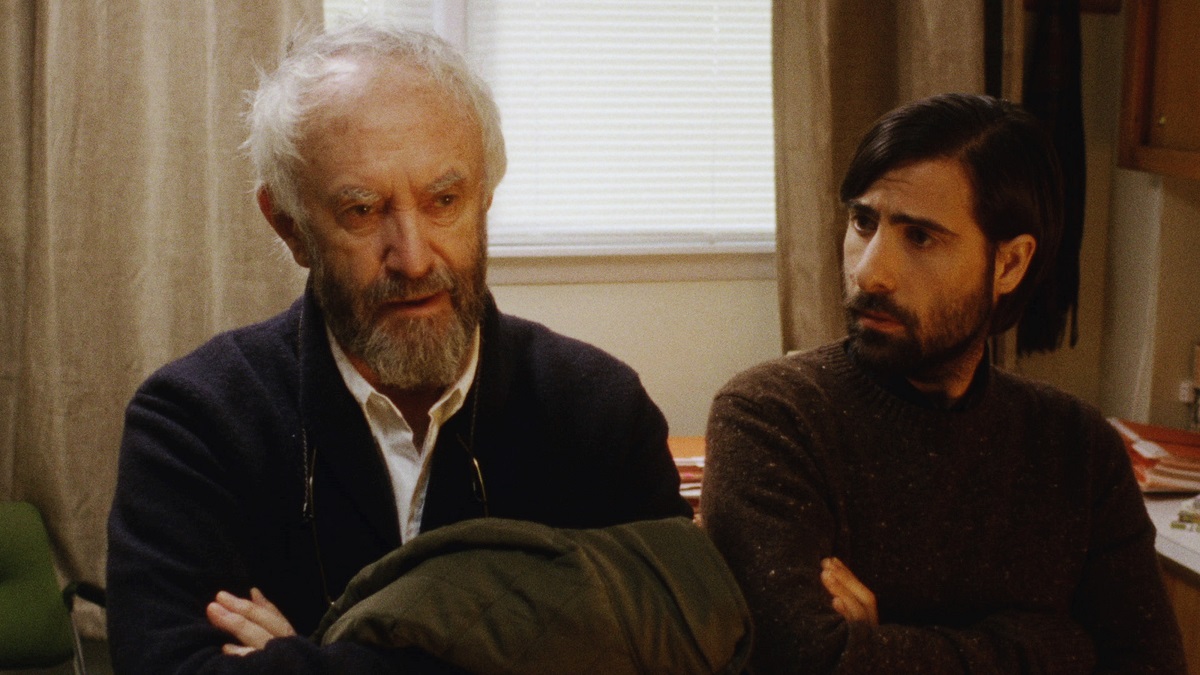 His obliviousness to his own faults make him oddly compelling, as noted by the narrator, who says that Philip will forever remain a mystery to himself.

He leaves a room and he doesn’t even think about what just happened there. Most of the people in that room don’t exist [in his mind] after he leaves it. He’s very much in his own head.

One of the funniest moments in the film occurs when Philip inexplicably hands one of his creative writing students “a piece of paper with some staples in it.” You watch that and go, “What’s he thinking?”

The film’s portrayal of Philip’s intellectual dialect is so spot-on. Where there certain authors you had in mind or consulted with prior to filming?

That really comes from Alex. He’s a book reader on a level that I’m not. Since having kids, I take in books at a much slower pace. Alex’s level of consumption—his movie intake, his book intake—is much higher. He’s someone who’s read every Philip Roth novel and has a goal to read a 1000-page book every summer. The literary stuff comes more from him, but for me, I never modeled Philip on anyone. When I first read it, I thought Philip was based on a real person and that this was a biopic. You get the sense that Philip is not the kind of writer who is autobiographical. When he reveals to [his new girlfriend] Yvette that his parents died and she’s kind of surprised to hear that, it shows that Philip is not the kind of writer whose opening sentence would be, “My parents died when I was this age.” He wants to be more like Thomas Pynchon or the kind of writer who would write a glossary in the back of his book. There are other writers I like, such as Ben Marcus and Blake Butler, who I think Philip would prefer to be associated with. 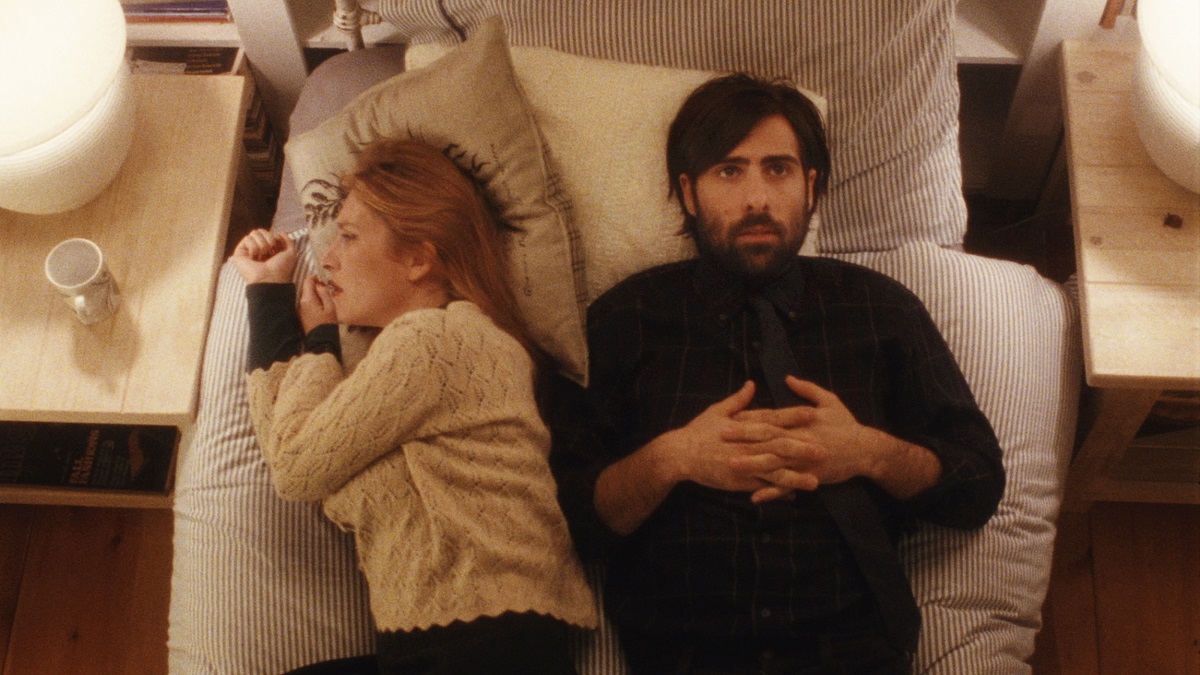 I recently interviewed Ger Duany, who played the refugee in “I Heart Huckabees,” and he told of the confusion onset regarding that film’s overarching meaning. Did you share in that confusion?

No, the film’s meaning was always very clear to me. David O. Russell and I had been working on it for a really long time. He had worked on the script for years before he gave it to me, and it was a good year and change before we shot it. He was very gracious to me. I was allowed into his home and I would go there almost every day and set up camp in a den. He’d be working on the script and having meetings and anytime he had ten or fifteen minutes, we’d talk about the movie or go on hikes. You add that up and it translates to so many hours of his time. I remember Dustin [Hoffman] saying at one point, “I love this movie. It’s a farce,” but to me, it wasn’t a farce. It was so serious. This film is about a guy who so desperately needs to make sense of things in his life that he hires people to help him through it. It made so much sense to me, and the film was everything to me for years of my life. I felt like I had taken so much from the experience. I’m also so happy for David’s success and that he’s making movies that big audiences are going to see. He’s one of the best directors living and I love him so deeply. To me, [“Huckabees”] was not a film of confusion but of clarity. I knew in my mind exactly what we were trying to do.

David has a gift for conjuring the illusion of chaos, whereas when you watch a Wes Anderson film, you get the sense that every mark the actors hit was as rigidly mapped out as the production design.

Wes’s beauty is that he gets everyone making the same movie and it never feels rigid when you make them. It’s specific but not rigid. The thing that I love about working with Wes is that’s he’s not obsessively trying to accomplish his vision to the point where it becomes cold. He always has a smile on his face and is open to ideas and mistakes. He sets up a world where those things can play out, and it’s a blast. David and Wes are both so different and both so similar.