Behold the Passion…the Spectacle…the Splendor of "Trailers from Hell": An Interview with Joe Dante

As the creator and curator of the Trailers from Hell website, Joe Dante is audibly gobsmacked to hear that Roger Ebert was not a fan of the art form, at least in its current devolved state.

The site is a compulsively watchable compendium of vintage and contemporary trailers from A ("Adam's Rib") to Z ("Zombie") culled primarily from Dante's own collection (suffice to say, some are NSFW). Originally conceived as an archive of trailers for horror and science fiction films, the site, since its debut in 2007, has expanded to include titles representing all genres. But what elevates "Trailers from Hell" from just googling a movie trailer and watching it online are the A-list "gurus" who provide optional rhapsodic and appreciative commentaries extolling the movies they love. A sampling:

Edgar Wright on Brian De Palma's "Phantom of the Paradise" "I urge you to Netflix it now."

John Sayles on Bert Gordon's "Beginning of the End": "Scared the crap out of me when I was seven."

Roger Corman on "She Gods of Shark Reef": "I don't remember any particular she gods in the picture, but we did have some very beautiful Hawaiian dancing girls."

Guillermo del Toro on "I Confess": "I didn't know anything about Hitchcock. I was just fat and guilt-ridden, and the plea of Montgomery Clift in this movie spoke directly to my obese little heart."

"I was always a big trailer fan," Dante said in a phone interview. "I collect films in 35 and 16 millimeter. I realized I had accumulated reels and reels of 35mm trailers, some of which were kind of rare. They were not doing me any good just sitting in a vault. You have to show these things to people. I first thought I could put them up on the Internet, but anybody could do that. What could I do that would be different? I picked five and did a little commentary on each. I stuck that up on the Internet for awhile to no particular interest on the part of anybody, but some friends of mine saw them and they said there were pictures they'd like to talk about."

"Trailers from Hell" is approaching the 1,000-trailer benchmark (thank heaven for public domain and fair use). Dante said he expects to post that milestone trailer in February, but he is not prepared to say which film it will be. "The more people who became involved, the wider the net," he said. "We don't limit our commentators. They can talk about any movie they can find the trailer for. Twice a year we have a session where we just record a lot of commentaries at once and program from that over the next several months." 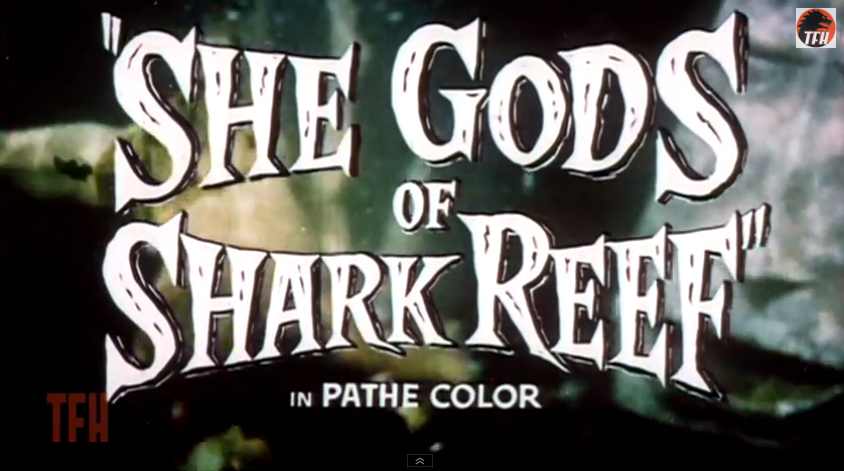 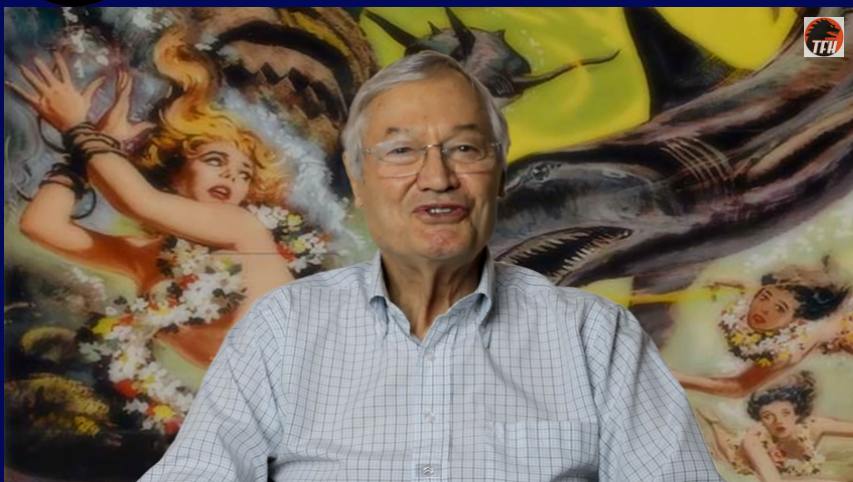 Trailers are an integral part of film history, but they are not a film preservation priority, Dante bemoaned. "Trailers are really homeless," he said. "Nobody goes to any lengths to preserve them. There is a list of 25 pictures I've been dying to do and I haven't been able to find the trailer. Or I do find one, and it is in such terrible quality."

One of the trailers on his wish list is John Farrow's 1949 Faustian drama, "Alias Nick Beal" starring Ray Milland. "It's a picture I always loved," Dante enthused. "It's not a movie that is easily accessible, let alone to find the trailer for."

Dante, director of "Gremlins" (and its sequel), "The 'Burbs" and "Matinee," a valentine to the B-movies of his youth featuring a glorious faux trailer for a little horror called "Mant!", got his start (along with Alan Arkush and Jon Davison) cutting trailers for Roger Corman's New World Pictures. The company initially produced and distributed quintessential drive-in fare rife with sex and violence, but later branched out to arthouse films. "When I first got there, New World had been hiring editors on an ad hoc basis," Dante recalled. "They didn't understand the peppy and snappy style. When the first couple of pictures (for which we made the trailers) made money, we became the trailer department. That would extend to shooting new scenes and doing reedits on foreign films. One day we'd be doing a trailer for 'Women in Cages' and the next a trailer for a film like Fellini's 'Amacord.'"

A point of pride for Dante: "Fellini saw that trailer and he told me it was better than the Italian trailer," he said.

The trailers created by Dante and company were models of fast and furious. "We were selling these pictures through sometimes dubious means," Dante laughed, "like inserting an exploding helicopter into every other trailer and generally falsifying the storylines of pictures that didn't have much story. We wanted to get people's attention. Sometimes we really falsified the movie. There was a Japanese disaster movie called 'Tidal Wave.' We tried to make people think the film took place in America by not showing any Japanese people in the ad and shooting new footage with Lorne Greene at the United Nations."

To quote Sondheim's immortal lyric, "Trailers from Hell" has something for everyone (erring on the side of the peculiar—"Spider Baby," anyone?). Dante himself has a soft spot for the hyperbolic trailers of the 1940s and '50s. "They are just so much fun," he said. "I love the extreme promises of things that can't be fulfilled." Case in point: the trailer for "Demetrius and the Gladiators," which proclaims, "Through Cinemascope Your Eyes Behold…The Glory…The Grandeur…The Pleasure…The Passion…The Spectacle…And the Splendor That was Rome!" 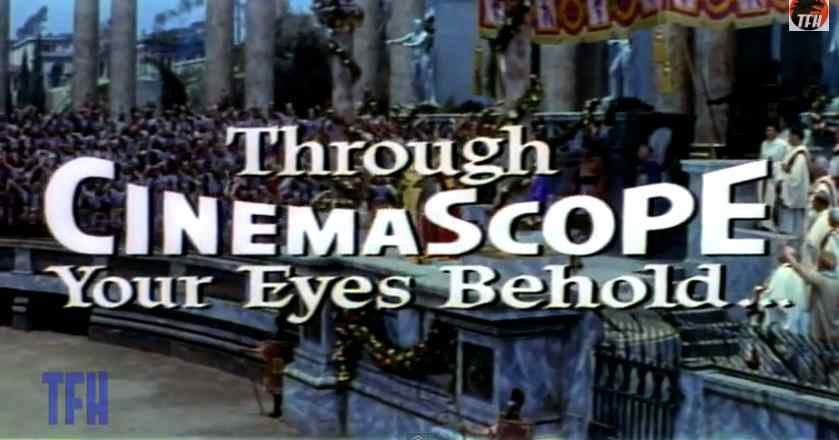 Other gems preserved on "Trailers from Hell" are the thoroughly unconventional trailers—almost mini-movies in themselves—supervised by the film's directors. In two of the most famous examples, Orson Welles introduces the cast of his coming attraction, "Citizen Kane," and Alfred Hitchcock gives viewers a tour of the Bates Motel in anticipation of "Psycho." They don't make 'em like that anymore.

"They are really artifacts of their time," Dante said. "Look at a sophisticated movie like 'The Grapes of Wrath' and then you see the trailer (not on the site, but available on YouTube) and realize how unsophisticated the sell to try to get people to go see the movie. It really tells you a great deal about the time and what the studio thought of their audience."

Judging by many of today's trailers, the studios don't seem to hold us in any higher esteem. That's what irked Roger Ebert. In his classic blog post, "Roger's Little Rule Book," he dismissed trailers: "Have nothing to do with them. Gene Siskel hated them so much he would stand outside a theater until they were over… Trailers love to spoil all the best gags in a comedy, hint at plot twists in a thriller, and make every film, however dire, look upbeat."

Dante gets that. Today's trailer, he agrees, is run through the test-marketing and focus-group gauntlet. "No matter how disparate," he said, "They all look like they're from the same movie. They are all cut the same and have the same rhythm. How many guys running away from a fireball can you see before you say, 'I've seen this movie.'?"

As to trailers giving away plot points, Dante pleads mea culpa, "When I started making trailers," he said, "I would give away the ending if it would make for a good trailer. But when it came time to make trailers for my own movies, I would go, 'No, we can't put that in there,' or 'I don't want to give this away,' or 'I don't want people to see this until they see the movie.' I had to step away and let someone else make the trailer."

"Trailers from Hell" goes beyond the mere nostalgic kick of seeing trailers for classic, vintage and favorite films. Dante has seen the site grow into something of a "mini film school," he said. "The nicest thing is when people come up to us and say there's a movie they had never heard of, but they watched the trailer on our site, got it on Netflix, and now it's one of their favorite movies. The site hasn't been a goldmine, but as a labor of love, we're very proud of it."

The challenge, as ever, is finding new trailer treasures. "My dream," Dante said, "is that some collector whose been collecting 35mm trailers for years finds our site and says, 'I've got a whole lot of trailers in my basement that I can send to you to use."

Until then, Dante and company devotedly tend to the site. A recent successful Kickstarter campaign will help bring "Trailers from Hell" out of "the technological dark age" Dante, said, and make the trailers more accessible on mobile technology. The money will also allow for the upgrade of the site to make it more user-friendly, to improve the look of the trailers themselves, and to cover costs of shooting and editing the trailer commentaries.

Speaking of coming attractions, Dante's next feature is a "zom-com" called "Burying the Ex," starring Anton Yelchin. Which begs the question: will Dick Miller, a Corman veteran and who is to Dante what Hector Elizondo is to Garry Marshall, make an appearance?