A Movie Can Be a Poem: Oz Perkins on “The Blackcoat’s Daughter”

“I just wish you could stay and see my performance,” says Kat, the soft-spoken yet eerily transfixing student played by Kiernan Shipka in Oz Perkins’ debut feature, “The Blackcoat’s Daughter.” Shipka, who is still best known for portraying young Sally Draper on “Mad Men,” is flat-out astonishing in this film, delivering a performance so unnerving and unexpected that it is guaranteed to haunt your nightmares. The same could be said of Perkins’ film as a whole, which provides audiences with a sensory experience evocative of Kubrick and Lynch, while crafting a cinematic language all its own. His central preoccupation seems to be the horror of a severed connection—of reaching for a person or a presence that is no longer there.

The career-defining role of his father, Anthony Perkins, certainly delved into similar thematic waters, though unlike in Hitchcock’s immortal “Psycho,” there is no psychiatrist on hand to comfortingly explain the tormented psyche of Kat. Her increasingly unhinged behavior frightens her friend, Rose (Lucy Boynton of “Sing Street”), and as their story intensifies, Perkins juxtaposes it with a parallel narrative concerning a mysterious older girl, Joan (Emma Roberts). What follows is an unforgettable moviegoing experience that ranked alongside the greatest I had last year, when it screened at the Chicago Critics’ Film Festival. Now that A24 and DirecTV will be releasing the film in theaters and On Demand on Friday, March 31st, audiences will finally get to see that the film—and Shipka’s performance—was well worth the wait.

Perkins recently spoke with RogerEbert.com about the personal nature of his work, the invaluable contributions of his crew and the poetic qualities of cinema.

In what ways, if any, is “The Blackcoat’s Daughter” different from the cut that premiered two years ago at the Toronto Film Festival under the title, “February”?

You’ll be happy to know that it’s the exact same picture. Nothing has been changed but the title. The title was changed at the request of A24, the studio that bought the movie and is distributing it in North America. Their feeling was, ‘Can we derive a title that is a little bit more indicative of the genre?’ They suggested titles that I couldn’t roll with, so I looked to the lyric in the incantation that my brother wrote for the beginning and end of the movie. I felt that “The Blackcoat’s Daughter” was ambiguous yet specific enough to suggest that the film is about a vulnerable child, the daughter of some sort of dark force—whether that be a priest or a demon or a dark father figure. I felt it was as good a title as any.

The score by your brother, Elvis Perkins, sets the perfect atmospheric tone for the film.

He had never written a film score before, and my producers were intrepid enough to believe as staunchly as I did that he would somehow just know how to do it. It was difficult for him to sort of get his bearings, but once he did, he would send me pieces of music, and they were just correct, at the drop of a hat. It was a pleasure for me to just slip the music in at the precise places where they belonged in the picture, and they all fit really well. As much as he let me alone to make the movie, I let him alone to make the music, and somehow they match. 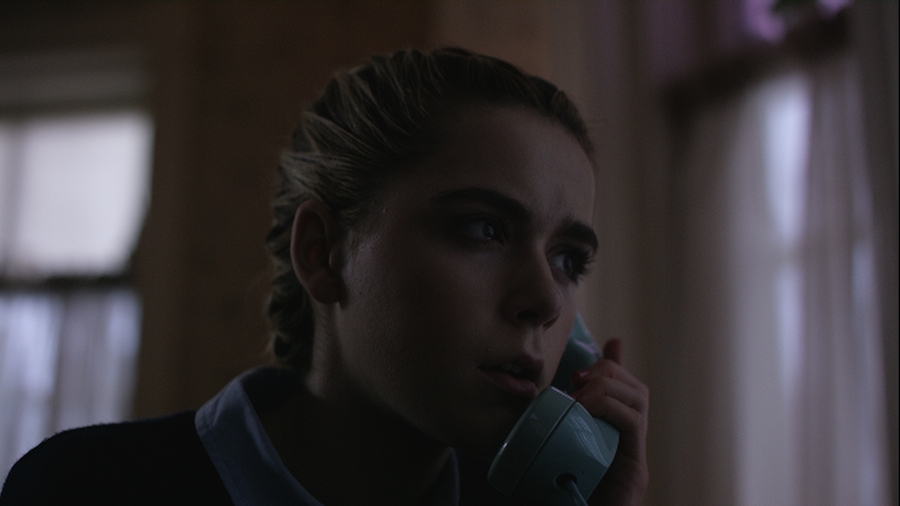 Kiernan Shipka scared the hell out of me much like Linda Blair did in “The Exorcist,” in terms of the extreme nature of her character’s transformation.

Kiernan was a real revelation for me. I had seen very, very little of her on “Mad Men,” but figured that since she had been brought up and essentially raised by the cast of “Mad Men” at the beginning of her career, she must really be on the ball. From the very first initial meetings with her, I was just dazzled by how confident and commanding her presence was. She had just turned 15 when we made the movie, and she was afraid of nothing. Everything that she did on camera was new to her. She was singing for the first time, she was playing the piano for the first time, she was cutting people’s heads off for the first time, and she didn’t bat an eye to any of it. You see her flip the switch and she’s ready to go. When it’s time to go home, she flips the switch down and leaves. The next day, she comes back and the scene is better than it was the day before.

At the film’s end, she looks like a different person than she was at the beginning, in part because her hair is let down after being tightly constricted.

It’s funny, on this movie—as it is, I’m sure, on so many people’s first movies—there’s so much that’s out of your control. We didn’t have any prep time on this movie at all. There was about a two or three-week prep that was quite insane, and the conditions in Canada were impossible. But I was handed the best possible people to work for me. As far as the hair design is concerned, she showed up on the set with this unbelievable sort of reptilian braiding that they had done, and I was like, “Did I approve that? Because it is really perfect.” It was a situation where I wasn’t sleeping and I was not mentally or physically okay at all, but my departments were really nailing it. I take zero credit for the hair. The hair department was all over that, and really killed it.

I was fascinated by how the film cut away from certain scenes only to pivot back to them later on, revealing something we hadn’t previously seen, such as how Rose’s face falls after posing for a picture.

I am one of these people who feel like movies are closer to music and closer to poetry then they are to TV shows, for instance. A lot of people have been saying that movies and television are the same, and they are not at all. Movies and episodic television couldn’t be more different. A movie can be a poem, so I tend to utilize repetitions and refrains, while reprising visuals or sounds or feelings or even scenes. It feels more like a song to me than it does a story. All of those instances in which the story doubles back on itself were in the script, to be honest with you. We didn’t make anything up in the editing room, and we didn’t improvise at all on the set. Everything you see onscreen was written, and I tend to write what everything looks like and smells like, so there isn’t much guessing that needs to be done by the time it gets to the editing room. It was all on the page. 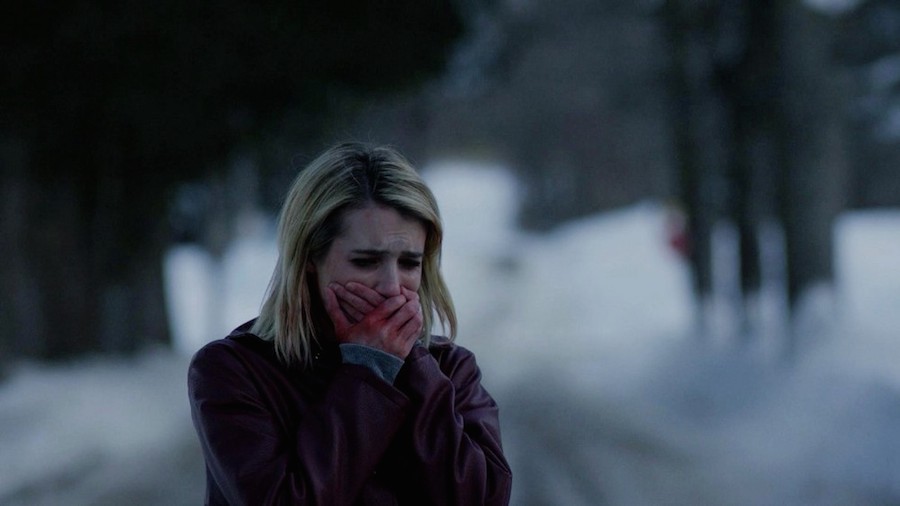 The central character’s “affliction” in this film could be interpreted as either a demonic possession or a psychological breakdown. When she cries, it’s as if she’s expressing a sort of spiritual disillusionment, since she’s longer connected to that dark force. What made you want to maintain this ambiguity?

I think you just said it there. What’s important is that we are watching this person go through this “thing”—what the thing is is kind of between her and the thing. It’s like trying to reach a loved one who is in the throes of a traumatic experience—a breakup, a drug addiction, a death, or something like that. There’s no way into it. I’ve experienced the loss of people who are very significant to me, but that doesn’t mean that when my friend also experiences the loss of a significant person that I have any way into it. It’s a very private experience. So whether it is the devil possessing this girl, or whether she is simply not okay anymore, all that matters is that she gets to the road at the end and has nowhere left to go. That is what I care about the most. All that matters is that we arrive at the last scene.

What made you want to dedicate your second film, “I Am The Pretty Thing That Lives In The House” (available on Netflix), to your father? I enjoyed the little nods to him, from the clip of him in “Friendly Persuasion” on the TV screen, to the phrase, “cluck their tongues,” which he memorably delivered in his “Psycho” monologue.

That film was deliberately pointed at my relationship with him. I was trying to reconcile my inability to know my father. That is what that movie is about, ultimately. It’s about looking for more than one can get out of a person, looking for a deeper connection that’s not really possible. I wanted to sort of give that film to my father as a continued exploration of our relationship. Just because someone isn’t alive anymore doesn’t mean your exploration of the relationship you have with that person doesn’t continue.