A Little Less Alone: David Lowery on “A Ghost Story”

David Lowery’s “A Ghost Story” is one of the most acclaimed and divisive films of the year. Premiering at the Sundance Film Festival, this intimate, dreamlike film tells the story of a haunting, but not in the way that word that is traditionally used. I saw the film at Sundance and considered it the best work of this year’s festival. I’m not sure I’ve seen a better film since. Lowery and I spoke earlier this week on one of the stormiest days in recent memory in Chicagoland. It was almost supernatural.

I was talking to Matt Zoller Seitz, who wrote our review and mentioned I would be speaking to you. He said to ask you if he dreamed any part of that movie. So, let’s start there. Did any of this come to you in a dream?

That’s an excellent question. The answer is no. I’m writing a screenplay right now which is the first screenplay I’ve ever written which is based on a dream. Where a dream felt cohesive enough to lend itself to a screenplay. This one wasn’t. That being said, I love dreams and dream states and kind of drift through life in a perpetual haze, so I’m probably never too far from being in that mental sphere that is very similar. This was a consciously created film.

With that in mind, how personal is this movie? How much is this directly addressing things you were thinking or feeling or considering?

Almost 100%. The degree to which it’s personal is something that I’m still uncovering. I consistently surprise myself … I keep finding new ways in which it’s personal. This is the first time I’ve made a movie that’s even somewhat close to being autobiographical. Obviously, that’s a loose term in this case—this is a movie about a ghost in a bedsheet. Nonetheless, I’m pulling not from practical events in my life but emotional events. Everything in it is very deeply rooted in my own experience. Again, that’s not actual physical experience. I’ve not died. I’ve, luckily enough, not lost anyone in the way the characters in the movie lose somebody. But everything in there is deeply rooted in fears and questions and very prevalent … everything that’s in the movie is bubbling up straight from my own fear. It’s tough for me to answer because I could break down every instance. There’s dialogue that’s pulled 100% from conversations I’ve had with my wife. There’s a reason I’m transcribing and putting them in the film verbatim. There are things I was trying to dig up and uncover. I was treating the movie almost like I was going through therapy to a certain extent. And, at the same time, there’s so much in there that wasn’t intentional. That’s the long answer, the short is that it’s very, very personal, and this is the first time I”ve engaged with a movie on that level.

It’s interesting that the cinematic therapy session began, what, the day you finished a Disney movie? And that’s not a slam on Disney—I love “Pete’s Dragon”—but did this happen because of that—smaller, personal therapy after the bigger project?

Oddly, I don’t think it did. There were definitely aspects of the movie that were a response to making “Pete’s Dragon,” but that experience was a very good one. It was a very good one. And I feel like “Pete’s Dragon” wound up being a very personal movie, which is a wonderful thing to be able to accomplish in the studio ecosystem. But the existential crisis that I was undergoing that led to “A Ghost Story” was happening during “Pete’s Dragon” but wasn’t directly related to it. It was the right time in my life to have an existential crisis, and it just so happened to coincide with the production of a gigantic studio family film. The only part of “A Ghost Story” that was reactionary was a temporal one. I had spent so much time making “Pete’s Dragon” that I was really impatient and excited to make something new. When this project presented itself, I was ready to jump right into it. I started shooting two days after “Pete’s Dragon.”

And wasn’t the shoot on this incredibly short? 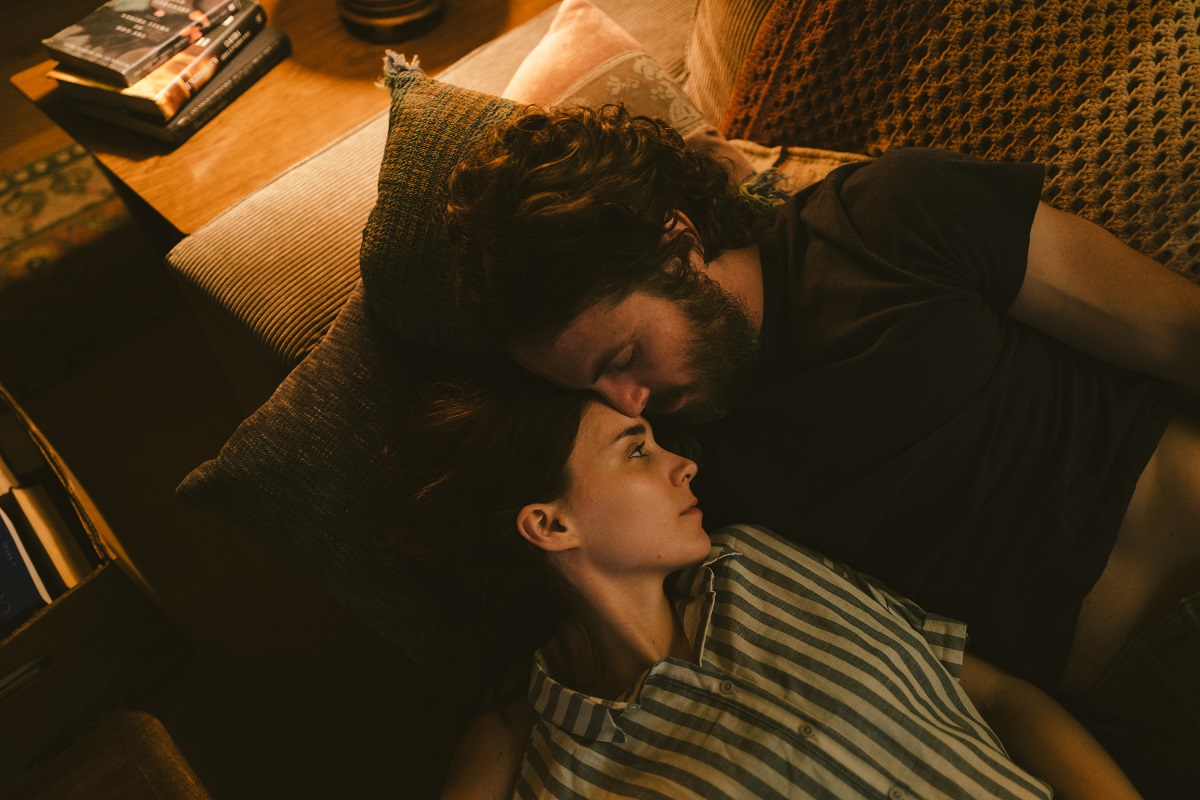 You mentioned being lucky enough to not experience loss. But I’ve already talked to people who have who seem to respond to this film greatly. How have people expressed that connection to the film to you and have any of the reactions surprised you?

I haven’t been surprised by the responses because they are the responses I hoped I would get, but I’m surprised I’m getting them. I wasn’t sure if my version of engaging audiences would actually succeed. I didn’t know if what I was trying to do would connect. So the fact that it’s actually connecting is really gratifying and very moving to me. It makes me feel a little less alone. I feel a little bit more in touch with my common man and woman. That’s wonderful. There certainly are people reading into it to a degree I wasn’t expecting. It varies from one person to the next. One person looks at this as a story of grief; another as a story of existence. All of that is applicable. All of it is in there. The story is broad enough to allow people to focus on parts of it that matter most to them.

I don’t feel like you want anyone to “solve” this movie.

That’s exactly right. It’s there to dig into it but there’s no “answer.”

So much of the film is silent, which you don’t see that often nowadays. How scary is that as a filmmaker in terms of trusting your audience to go with you in a way that’s not often seen?

To me as a filmmaker, it actually feels like a safety net. I love dialogue, but I’m also terrified of it. In all my movies, I’ve done my best to cut out as much dialogue as possible. I love the spaces in those silences. Even in “Pete’s Dragon,” I was so happy that the first twenty minutes have about five or six lines of dialogue. Although the pace is quite different. When I go to the movies I love being given the chance to luxuriate in the moment and spend time in silence and to contemplate what I’m seeing. I like sound and fury as well, but silence is particularly enjoyable to me. I like being able to go to the cinema and sit and spend time observing something without thinking about plot or what one character is saying. I feel like I’m able to connect on a much more profound level.

So, for me, making a film that could function on that level was a luxury and a treat. It was a chance to do everything I like to see when I go to the movies. I make all of these movies for audiences. I’m not making them for myself. But I knew going in that it wouldn’t be for everybody. Accepting that was a wonderful thing. As soon as you try to please everybody, you are diluting the work. You’re trying to appeal to the broadest common denominator. With this movie, I wanted to take a step back and make a movie that was for a much smaller audience and I wanted to make it thoroughly for that audience and please that audience. I include myself in those numbers but I know it’s not just me. My hope is that people who haven’t seen a movie like this before will actually enjoy the experience and it might broaden their perspective as to what movies can do. 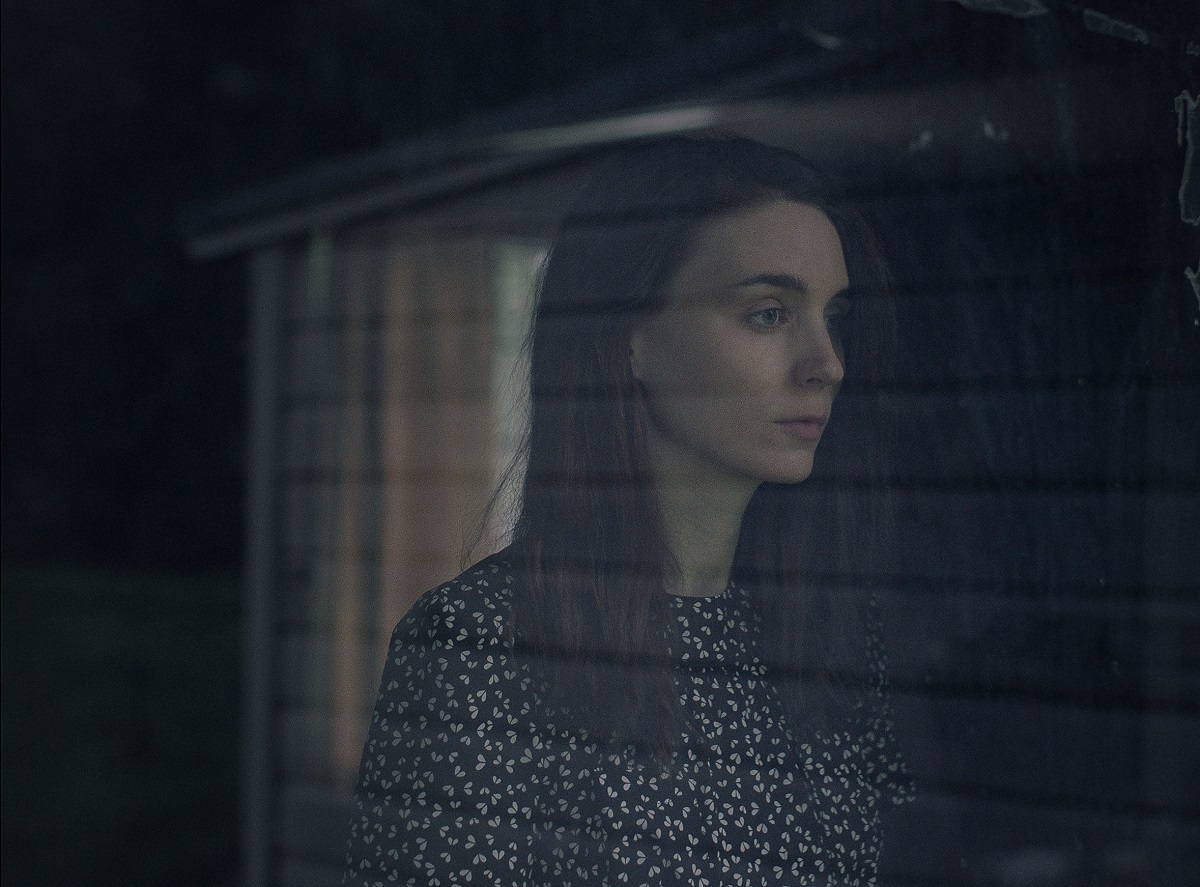 I’m fascinated by the idea that this was made for a specific audience because it’s not made for a traditionally specific demo. It’s kind of hard to predict who this movie is going to connect with and who it’s not. Movies are often such a known quantity most of the time—this person matches up like a dating profile with this kind of film. That doesn’t happen with this movie.

Completely. There are intellectuals who are put off by it and avid summer blockbuster fans who are embracing it. That’s a very interesting thing.

So many people worked on this project for almost nothing. How important was collaboration in terms of getting the right people at the right time to do this out of passion?

One of my goals as a filmmaker has been to create this family unit that can move from one production to the next. There’s so much comfort in there and so much fun when you have a group you’re familiar with. The vast majority of the people who worked on this movie have worked on all of my movies. We really just try to keep working together because we’re in it not for the money but the love of movies and making movies. When you have an opportunity to make something like this, it’s absolutely essential to surround yourself with people who share your mindset—doing it for the artform and not making a living. (Laughs.) My hope is to make movies that will allow people to make a living so I can call on them when it’s time to make a movie that won’t pay them anything. Even with Casey and Rooney, it was a labor of love. They came to do this not because it was a career move but because they trusted me as a friend. It is satisfying to engage with something so off the beaten path—and to do that with friends.

How did this project impact the next?

It’s so weird—I think about that a lot. We just finished shooting “A Man and a Gun” and it’s as different from this movie as it could possibly be. (Laughs.) It’s all sorts of things. It’s a comedy, but not really. It’s just kinda funny. It’s very different. I wanted to push myself and try to do things that were uncomfortable to me. If my normal inclination would be brown clothes, I would put them in blue. I wanted to take a left turn from my instincts just to see what would happen. The one thing I know I learned was that, coming out of “A Ghost Story,” I understood the way I made movies. When you go a long period of times between movies, you can forget the way in which you work. The way you physically work can recede and you forget what’s important to you when you make a movie. In the final months of working on the script for “A Man with a Gun,” I could refashion the script into something I could pull off. The true story lends itself to an “Ocean’s 11” style caper film. And I wrote a version that was like that and I realized after “A Ghost Story” that it wasn’t in my wheelhouse.

So I’m very curious what the finished product will be like because it’s very much a movie I would make even though I was trying to challenge myself and push myself in new directions. It’s this very strange synthesis of a fun movie star movie and something very weird and strange. We’re in the very early days of editing. It’s a small movie like “A Ghost Story” and also a “movie star movie” with Robert Redford. We’ll see what happens when it gets finished.