“The eloquent profanity/it rolls right off my tongue,” Lowell George sang on an early Little Feat tune. That humblebrag could be repeated by just about any one of the characters created by Martin McDonagh, the writer/director whose latest film, “Three Billboards Outside Ebbing, Missouri” played at the Venice Film Festival Monday morning. When the characters of this violent and emotional small-town drama (with a thick layer of mordant comedy spread on top) have something to say, they often say it at length, a bit poetically, and with plenty of cursing. The writing is always expert but, when examined as writing, a little samey. But actors love it, as they ought to, because it’s flexible enough to give them the ability to play with the stresses. This movie is a crucial one in McDonagh’s evolution as a filmmaker (he’s been an acclaimed and accomplished playwright for longer), but his resourcefulness in casting actors who enjoy doing heavy lifting with his language has always been a given.

If you’ve seen the trailer for this picture you have some idea of both its plot and its tone. Trailers often lie, but the ones for this movie haven’t. The full film delivers on both the raucousness and the poignancy promised. Frances McDormand plays Mildred, a grief-stricken mom in the title town whose daughter was horribly killed the year before. Fed up with no results from the police interrogation, she rents three billboards that write out a finger-pointing message. The recipient of the message, Sheriff Willoughby (Woody Harrelson), is a good man who is himself frustrated not to have gotten anywhere on the case. Somewhat less concerned, but irritated that his beloved boss is being embarrassed, is Officer Dixon (Sam Rockwell), who is, among other things, a racist hothead who still lives with his mom. In spite of the various levels of antipathy operating here, most of the town’s drinking residents imbibe and play pool together at a local watering hole.

The surface stuff, which gains a lot from sideline characters such as the felt-table whiz played by Peter DInklage, is all very lively and flirtily outrageous. But the deeper stuff is more satisfying still. McDonagh is a son of Erin, and his work carries the profound indignation that’s practically unique to Irish lapsed Catholics. Each of the characters gets at least one grandstand speech particular to this worldview; one that practically got a standing ovation at the screening I attended was Mildred telling a visiting priest all about her notion of “culpability,” particularly as it relates to individuals who, while not abusers themselves, enlist in an organization that turns a blind eye to child abuse. Later in the movie, sitting by a billboard and speaking to a deer that’s happened by, Mildred wonders whether “there ain’t no God, the world’s totally empty, and it doesn’t matter what we do to each other.” McDonagh has no problem making, for instance, Mildred’s ex-husband, an unapologetic perpetrator of domestic violence, also kind of charming and funny and a little wise. But his philosophy is not a “humanizing” one; he’s not into bromides. It’s not that we are all cut from the same cloth despite the horrible things that some of us do; it’s that we do horrible things, period. And what we’re supposed to do about them—the distinction between vengeance and justice—counts for a lot more than we often let ourselves believe. Which is why the redemption arc for officer Dixon only goes so far before rolling over a large speed bump. And also why McDonagh shows us that even though Mildred holds the moral high ground in this scenario, grief has also made her bats**t crazy.

Woody Harrelson is practically magisterial as the Sheriff, but many have said and will say that the movie belongs to Sam Rockwell’s Dixon. This is kind of undeniable. The film is also notable for featuring Caleb Landry Jones in a role that, for the first time, does not make you immediately want to see him brutally beaten. So, of course his character is brutally beaten. Carter Burwell’s Morricone-inflected score is a treat, and the editing by Jon Gregory, who also cut McDonagh’s first feature “In Bruges” and is also a regular Mike Leigh man, is fleet and seamless. It’s McDonagh’s most satisfying movie, a very juicy and resonant treat. 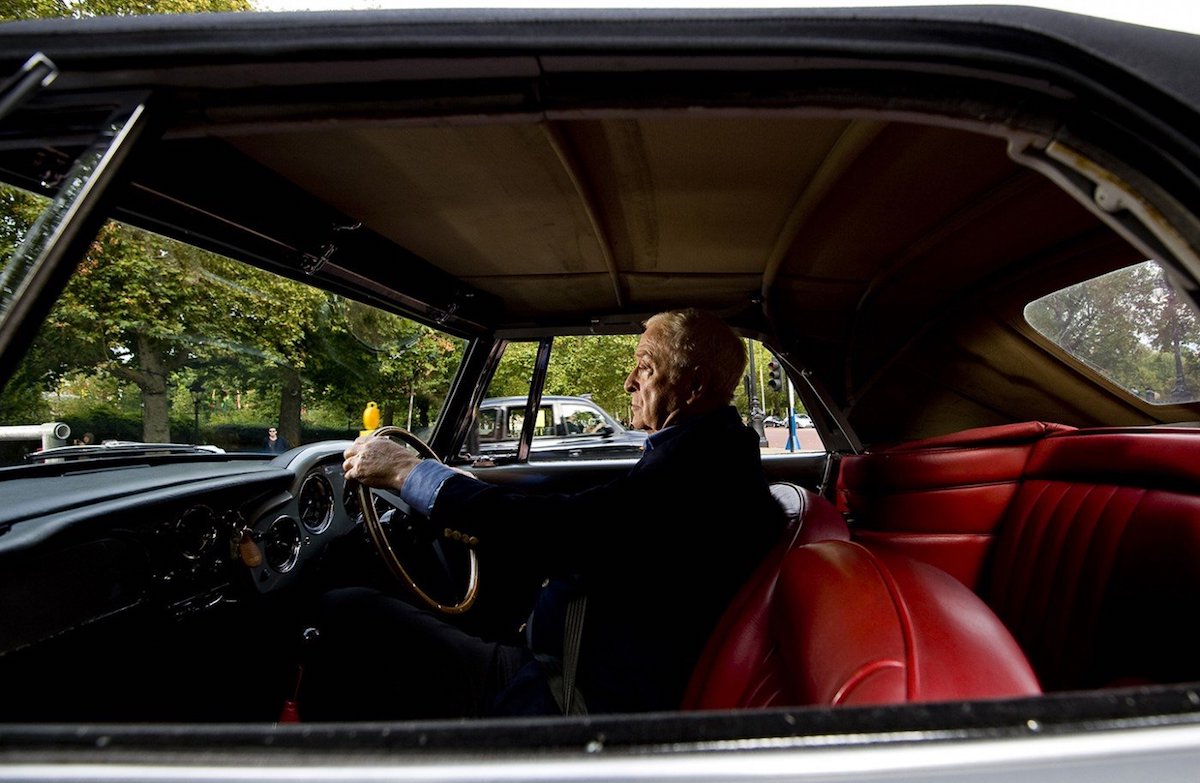 Conceived and written by veteran British screenwriters Dick Clement and Ian La Frenais (“Still Crazy” and “The Bank Job” on the one hand, “Across the Universe” on the other), and directed by David Batty, “My Generation” is an anti-Ken-Burns documentary if ever there was one. Distilling fact and myth about Swinging London into a manic vibrating 85 minutes where Burns would have taken ten hours, the movie earns major clever points by having its only contemporary onscreen talking head, narrator and reminiscence contributor Michael Caine, constantly opening doors as his current 84-year-old self and coming out the other end as Harry Palmer or Alfie. The use of archival footage in this movie is staggering. Caine explains the British counterculture in class terms, and fellow interviewees like Roger Daltrey, Marianne Faithfull, and Paul McCartney (all heard and not seen even as they clearly converse with Caine) back him up with tales of Cockney and Liverpool backgrounds redeemed. Thumbnail sketches of Pirate Radio, the Pill, London fashion and photography whiz by in a rush. It often comes off like a telly advert, but an expertly made one, and the soundtrack is pretty killer too, not least for the way it takes back “You Can’t Always Get What You Want” from Donald Trump, who has never really had it anyway.