One thing I wasn’t particularly good at when attending this year’s Venice Film Festival was picking up on “buzz.” Granted, I don’t think that’s something I was ever gifted with—I always lost Premiere’s Oscar pool, and badly—but, unless I’m mistaken, the way the Venice festival is set up almost discourages the very creation of buzz. At Cannes, on the mezzanine of the Palais where all the competition films screen, there are two walls of press “mailboxes,” where working journos invariably congregate after films—I heard more than one festival vet refer to that scrum as “the clusterf**k.”

In that environment it was super easy to pick up the general critical consensus on any given film, which one would then measure up, if one were so inclined, against the projected vicissitudes of the festival jury. In Venice, the festival’s press work rooms and press conference rooms are both on the third floor of the casino, removed from the screening venues. The work room, with stools and chairs and computer-charging stations, feels more like a library reading room than a message center. Publicists aren’t permitted anywhere near it—they have stations at which to hand out their materials on the floor below. It feels very studious, scholarly even. Hence, not a place to catch much by way of buzz.

In any event, it turns out that with the exception of Charlie Kaufman and Duke Johnson’s exceptional “Anomalisa,” which I wrote about in my last installment, I did not see a single one of the jury prize winners. Nor did I catch any “buzz” about them. The Golden Lion went to the Venezuelan film “From Afar,” directing award went to Pablo Trapero for the Argentine film “El Clan” and…there’s more, but unfortunately I didn’t see any of them so I can’t really intelligently discuss any of them.

I am a little abashed by this. But I wasn’t slacking, honest. Let me tell you about the event that got me brought out to Venice in the first place. I was invited by the festival to participate in a panel called “Biennale College Cinema: The International Horizon.” The Biennale College is a festival program that just completed its third year. Its mission is to produce three feature films budgeted at 150,000 Euros each and screen and promote those films at a subsequent Venice festival. As you might imagine, and as one of the program’s directors Savina Neirotti explained in some detail at the panel, the submission process is grueling and the selection process is intense. There’s no specific thematic criteria set for the work, though, which means that it was an interesting coincidence that the three films presented this year all were about youth. 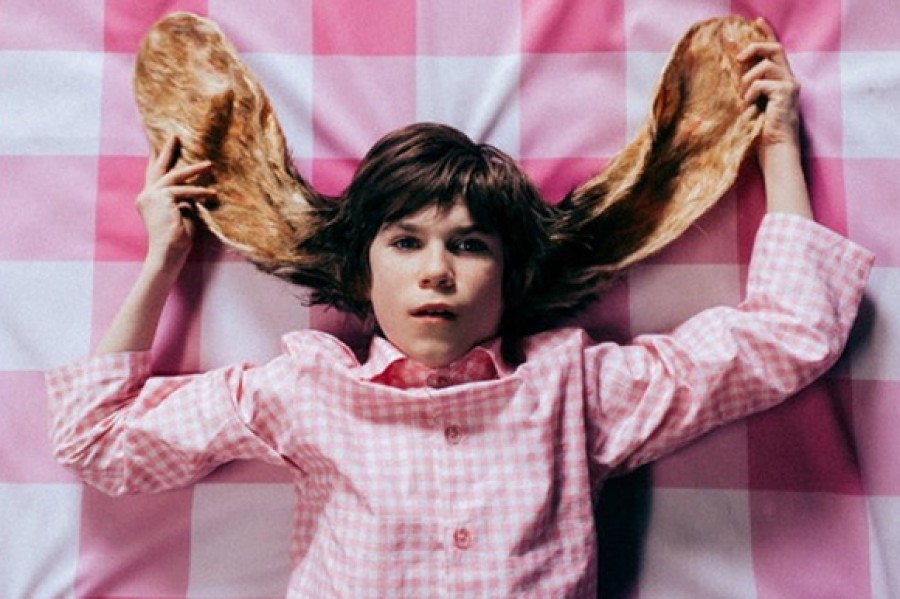 Polish director Kuba Czekaj’s “Baby Bump” is not about pregnancy (as such) but instead details, in often surreal and grueling fashion, a young male adolescent’s battles against his seemingly mutating body, and the attendant psychological toll of his transformation and the social alienation it engenders. U.S. director Anna Rose Holmer made “The Fits,” about a youngster trying to make it in a powerhouse drill team at a school in Cincinnati’s West End. That précis makes it sound like a work of urban realism, but it is not. Japan-born director Kohki Hasai’s “Blanka” IS in a sense a work of urban realism, depicting a young orphan girl on the streets of Manila who first commandeers a group of child pickpockets, then gets the bright idea to “buy” a mother; her plans take a different turn when she befriends a blind guitarist/street singer and the two begin to make music together.

Of the three pictures, “Blanka” is the most conventional, and I don’t mean that as a dismissal. I only mean that it’s easier to categorize, and that it sits comfortably in a tradition that includes De Sica’s “Shoeshine,” Truffaut’s “The 400 Blows,” and other tough-but-tender movies about hard times growing up. It’s a remarkably involving and enjoyable films, and both the girl in the title role (Cydel Gabutero) and her blind adult friend (Peter Millari) are terrifically charismatic and appealing.

“The Fits” takes its title from the seizures that many of the girls on the drill squad begin suffering from, for no apparent reason. It’s been pointed out to me that the story may have been inspired by a real-life mystery that took place in Le Roy New York in 2011-12, when cheerleaders there developed similar symptoms. In the real life case, though, the “fits” were debilitating. In Holmer’s film, they seem to constitute epiphanies, metamorphoses. This haunting movie has a deliberate pace and a micro-specific point of view that keeps the viewer guessing as to where it’s going to go. Is it a horror movie in urban-realist disguise? An art-film girl power tract, “Pitch Perfect” by way of Ken Loach? It’s not. Like “Ma,” the Celia Rowlson Hall film I wrote about in an earlier entry, this is a movie that invents its genre as it goes along. (It is perhaps no accident that Hall was involved in this film, credited as a “movement consultant.”)

By a not dissimilar token, “Baby Bump” is almost an anti-genre film. Relentlessly in your face with blood, spittle, pus, protuberances, and more, it’s a boy’s own story that mercilessly puts in the male physical anxiety issues that classics such as the aforementioned “400 Blows” and Loach’s “Kes” leave out. Protagonist Mickey is tormented by schoolmates, confused by his single mother’s sexual proclivities, and tortured by an English-speaking animated mouse that gives him all manner of perhaps unhelpful advice. Czekaj renders his hero’s anxieties in almost gleeful detail and eye-popping candy-store colors. It is a trip, to be sure, but not one for the faint of heart or weak of stomach.

In any event, it was wonderful to meet the filmmakers and speak with their producers on the panel, which was chaired by the estimable Peter Cowie, former International Publishing Director of Variety and the author of the invaluable “'The ‘Godfather’ Book.” On the critic’s side was myself, Stephanie Zacharek of the Village Voice, Chris Vognar of the Dallas Morning News, and Derek Malcolm, the longtime critic for England’s The Guardian. We all offered words of encouragement and some advice; of the four critics, it was Derek who was the most candid in his lack of optimism, which, he was careful to note, was specifically rooted in what he saw as the not-terribly-vibrant art cinema scene in present-day London. I brought up the fact that new outlets, or “platforms” such as Amazon Prime and Hulu were hungry for “content” and may well turn out to be viable and even vital portals for challenging cinema of the sort the Biennale College is in the business of propagating. In any event, I believed, and believe, that all three of these pictures can, and should, find an audience. I’ll be staying on the case and put the word out when folks such as yourself will be able to see them.