If 2013 was declared "The Year of The Black Movie," 2014 is proving to be "The Year of The Black Woman." The 18th Annual Urbanworld Film Festival was not only a celebration of the success of black film, but also an acknowledgement that black women are contributing their talents and resources in advancing the movement.

Urbanworld kicked off last Thursday evening with a star-studded screening of "Beyond The Lights." Directed by Gina Prince-Bythewood, the movie explores the dark side of fame when pop star Noni Jean (Gugu Mbatha-Raw) cracks under the pressure of celebrity and begins a journey of self-love and reinvention after she meets the handsome Kaz Nicols (Nate Parker).

The seed for "Beyond The Lights" was planted when Bythewood attended an Alicia Keys concert. "I wanted to explore what’s happening in the music industry, and how we’ve hyper-sexualized these young women and how it affects young girls looking up to them and wanting to emulate them." 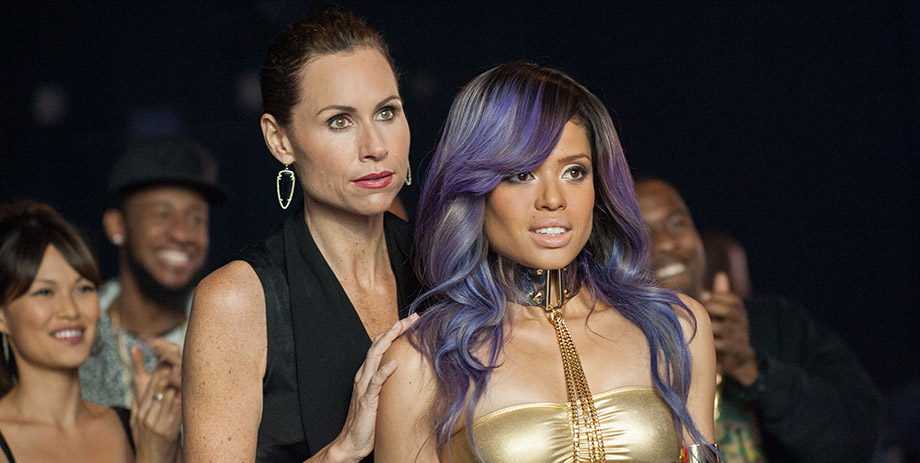 Bythewood also wanted to make a good old-fashioned love story by "putting a little more love into the world." Bythewood partnered with cinematographer Tami Reiker ("High Art"); they had worked together on HBO’s "Disappearing Acts" in 2000. "We needed to have two looks in the film–the pop life which is loud and big and bright and the underbelly of it, which is edgier and real."

For lead actress Gugu Mbatha Raw, it was important for her to bring as much authenticity in her role as Noni Jean. "I sang all of the Noni tracks and it was a real challenge and took me out of my comfort zone.  I’ve never really sung in that style before but I had an amazing vocal coach, Debra Byrd and worked in the studio with The Dream, who wrote most of the original songs for my character."

In a strange twist of fact vs. fiction, male lead Nate Parker, who’s been quite vocal on the issue of police brutality and recently traveled to Ferguson, MO, found that his research on playing a Los Angeles police officer gave him a profound insight into the matter. "There’s an injury in the relationship between police officers and the black community, and incidents like Ferguson happen all the time. But before we’re quick to villainize all cops, we should ask ourselves what kind of training and protocols lead to the de-humanization of black men and women by the media and by law enforcement? We need to attack the problem at the root." 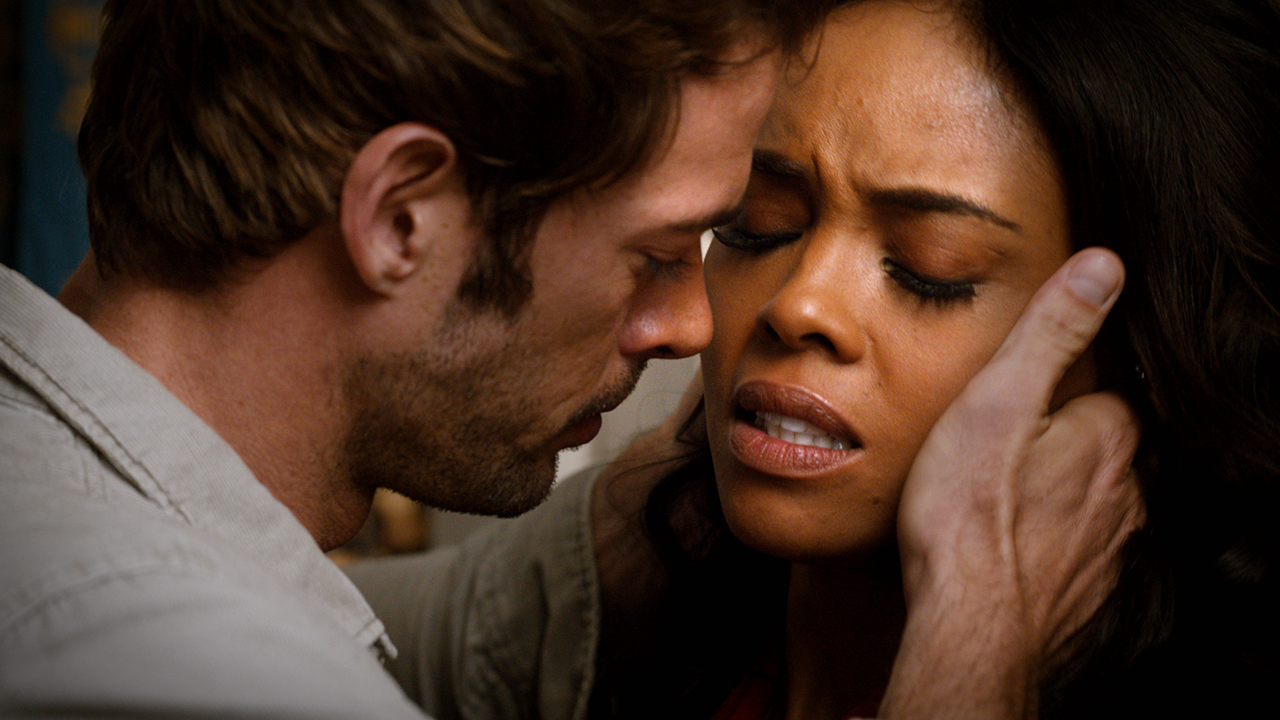 Zane–who also in attendance–revealed that the journey from book to the silver screen was almost a decade in the making. "I was approached by producer Charisse Nesbitt in February 2005. It took some convincing because I know lots of books that are optioned but don’t get produced. So when Charisse and Lionsgate came back to me, I agreed with the provision that the movie be shot within one year. To their credit, they got it done."

Beckford (a former supermdodel turned actor) shared his unusual experience in filming love scenes with his leading lady. "I mean Sharon Leal is a beautiful woman, I was doing the happy dance on my way to work. But it was kind of awkward with her boyfriend on set though. He’s such a nice guy."

Levy, whose amassed a devout female following from starring on various telenovelas, was the breakout star of the evening as female fans mobbed the Latin heartthrob before and after the panel. But Levy took it all in stride as he recalled his childhood under a communist regime. "Growing up in Cuba, for instance, we were only allowed some bread per person a day, and you weren’t allowed to buy more. When I was 14 years old, I was already thinking of getting on a boat and coming to the U.S. because I didn’t see a future for myself. To be here, doing what I dreamed about is just amazing."

Kodjoe, currently starring on BET’s hit comedy "Real Husbands of Hollywood" urged fans to see the importance of supporting Black cinema:  "If you want to see more movies like this, then you have to demand it and support movies like this one. Just because our community is underserved doesn’t mean we’re undeserved."

The festival ended on a high note Saturday evening with a sold-out Q&A panel with "Selma" director Ava DuVernay and star David Oyelowo.  DuVernay, who made history as the first African-American woman to win Best Director at Sundance in 2012 for her second feature "Middle of Nowhere," has had an interesting journey to prominent filmmaker. Formerly a successful publicist who ran campaigns for major studios ("Dreamgirls, "Collateral"), she used most of her savings to fund her first indie feature in 2010, "I Will Follow," which famously drew the attention of Roger Ebert. The intrepid filmmaker would also create AFFRM (African-American Film Festival Releasing Movement), which promotes and distributes movies from up and coming Black directors. 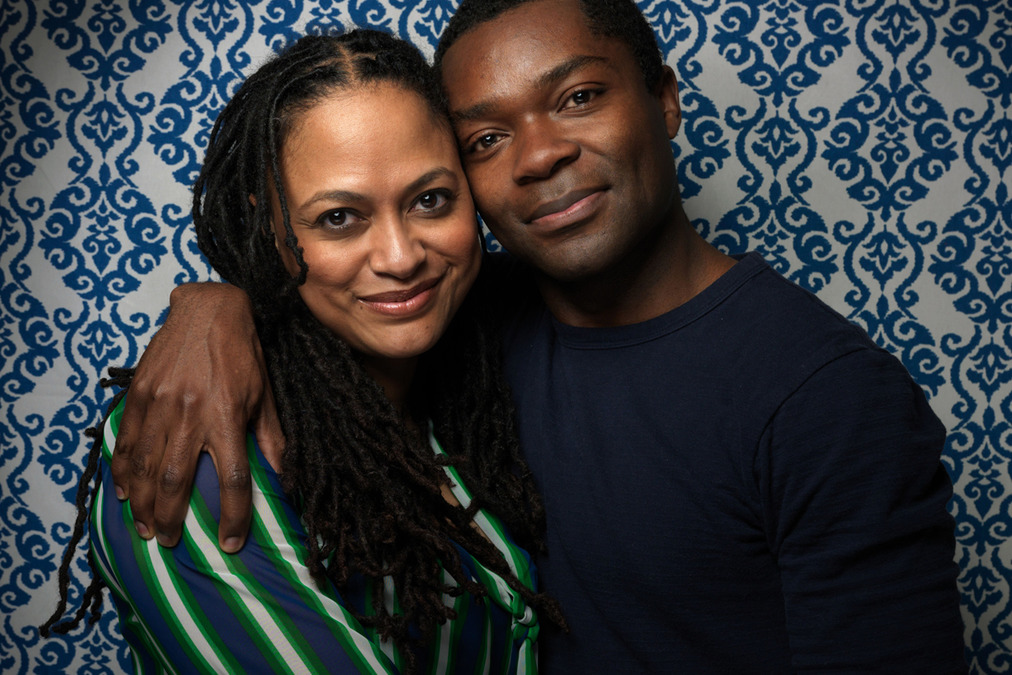 "Selma" is DuVernay’s first studio project, which will be distributed by Paramount this Christmas. The period drama will chronicle Martin Luther King Jr’s voting rights campaign in 1965. While there have been countless small screen movies about the iconic civil rights leader, DuVernay was specific in the vision she had for this project: "I didn’t want to do a cradle to the grave kind of biopic. This is looking at three months of this extraordinary movement that changed the course of American life and the rights of Black people. As an African-American studies major at UCLA, I always knew King was bad ass, but no one talks about that. He’s been homogenized to a speech and a statue."

Oyelowo, who has been attached to the project from 2007, petitioned for DuVernay to step in for director Lee Daniels, who felt he had already contributed to the civil rights movie genre with "The Butler." Having worked with DuVernay on "Middle of Nowhere," Oyelowo was convinced she was the woman for the job. "I was blown away by her writing, directing and her humanity."

Both DuVernay and Oyelowo had nothing but high praise for Oprah Winfrey, who signed on as a producer on "Selma," and will also be featured in the film as civil rights activist Anna Lee Cooper. "Oprah doesn’t just have her name credited as a producer, she’s been there every step of the way," DuVernay said. "She calls, texts, sits in meetings about the minutae of the insurance, of the bond, just everything…in my mind I’m walking through a really dense jungle and Oprah has this machete, just hacking away so I can follow."

DuVernay also showed two never-before-seen clips from "Selma," and Oyelowo was overcome with emotion. "The greatest attribute human beings have is love, and to me, love is sacrifice. The movement cost them so much and I wanted to do them justice," Oyelowo said, as tears ran freely down his face.

For DuVernay, she hopes moviegoers will understand the fight for civil rights is far from over. "I was in the editing room, and watching the events in Ferguson. The only difference between back then and today is leadership…what’s so valuable about ‘Selma' is that it happened, it worked and that’s it’s possible. I’m interested to see what kind conversation this movie sparks."