This year's Tribeca Film Festival offers three compelling documentaries about different performers having their work captured on camera, whether by the subject themselves (“I Am Heath Ledger”), a presidential insistence (“The Reagan Years”) or by a curious documentarian (“The Departure”). Each of them have their own formal tactics in covering topics as massive as celebrity, politics or death, while offering a new angle on these respective subjects that you may perhaps never forget.

Like “The Reagan Show,” “I Am Heath Ledger” may very well change the way you see its subject, however many years you have spent watching him. That’s in large part to this documentary’s focus, which traces the life of the Oscar-winning actor through the context of being a friend first and a filmmaker second. This documentary from Adrien Buitenhuis and Derik Murray is largely comprised of interviews from his closest friends, some of them who knew him pre-Hollywood in Australia.

“I Am Heath Ledger” confirms what we knew from his filmography, that he was an adventurous spirit who took on roles the way people do extreme sports. He wanted to challenge himself with each new major project, even as his star power threatened to make him predictable. As this documentary goes from project to project in his actor filmography, it provides an interesting context, with talking heads expressing the attitude Ledger had when he took on “The Four Feathers,” or the ambition and fear he threw himself into acting alongside his Aussie idol Mel Gibson in “The Patriot.” The doc is less historical third-person than first-person, with friends sharing their interactions or conversations with Ledger as he took on new jobs like “The Dark Knight,” or how fame was something that he wanted until he finally achieved it. “I Am Heath Ledger” is the special type of famous artist documentary that keeps its subject tethered to the ground from start to finish, making their whole story more believable.

What also makes “I Am Heath Ledger” different is the amount of footage that it has that Ledger shot himself, supporting the statement that everyone shares about his obsession with cameras and his love of filming. Various passages that are included show Ledger as the star of his own show (close-ups and mugging for the camera), either for studying his facial expressions or learning composition. Later chapters in the doc about how he made music videos provide an idea of how focused his mind was as a director, that his energy as an actor languished behind the camera. It makes the loss of his talent even more tragic, especially as “I Am Heath Ledger” talks about the directorial feature debut he wanted to make.

If anything, the artistry of the doc lacks its own verve, often functioning like an A&E Biography special when its attention to talent and spirit in a life on camera could have made this the next “Amy.” Still, “I Am Heath Ledger” proves an important addition to how the world views Ledger, and makes his work in so many favorite films even more compelling. 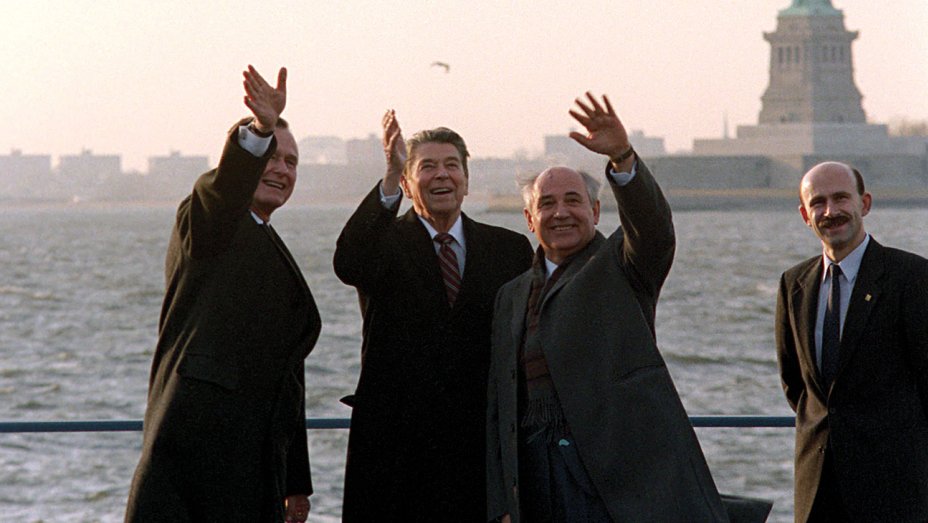 "The Reagan Show" is an archival editorial about President Ronald Reagan, in which a plethora of footage is compiled to fulfill the opening minutes' main statement that Reagan was a PR president. His was a public life lived on camera, given his movie career and ascent into politics, in which his presidency famously recorded almost everything he did to help create an image. When Reagan speaks at the beginning about not knowing how anyone could be president without being an actor, it's a main core that proves underdeveloped as the film looks at the history of Reagan's big moments, and how they were influenced by the image being important most of all.

This documentary from Sierra Pettengill and Pacho Velez doesn't try to cover the whole presidency but focuses on various chapters, like the possible creation of the Strategic Defensive Initiative ("Star Wars" it was dubbed) or the weapons summits he had with Gorbachev, which became more about how each of them made their countries and leadership look on TV. Pettengill & Velez throw in news commentators from the era talking about how Reagan may not have been all that engaged in the politics of the presidency so much as the power of it, while relying on his wife for direction and his aides for the script.

There are illuminating moments in this documentary that might change how you think of Reagan, said passages often coming from when the main cameras have stopped rolling but catch him having asides. As the series contains no new footage, the tone of it often comes from music, plucky strings or the repeated use of Beethoven's "7th Symphony," or the voiceovers from newscasters, who explicitly ponder how much of Reagan is an acting president, and how much is just an image. In a way, "The Reagan Show" is almost trying to rewrite history by simply repurposing what has been said. It is impressive what the filmmakers gather together with all of the footage, and the way it offers a new angle on the image of Reagan and his general intelligence can be a very curious path to follow.

But what starts as a documentary that could change the entire image of Reagan lacks the sharpness or damning points to really make its mark. Some footage that is used is framed as moments of Reagan being clueless, when others could argue that he's being intentionally mum instead of giving away too much information. I enjoyed footage of watching him mispronounce "Sununu" when endorsing John Sununu, but damn if that last name isn't hard for anyone outside of New England to pronounce correctly. We know that especially in today's time, with people becoming so sensitive to information that doesn't fit what they already believe, that the lack of a strong argument is damning, especially when it plays with such a delicate subject.

Of course, there's a timeliness to "The Reagan Show," whether you were one of the people who saw TV-loving Chance the gardener become a presidential candidate during this past Ebertfest's "Being There," or whether you watch Trump tweet his insanity daily while dragging us through his shitty reboot of Reagan's ethos. But no archival footage after Reagan's presidency is needed to show the fear underneath this project. As Peter Jennings expresses during the end of the doc, TV has become the first place to be won when it comes to politics. 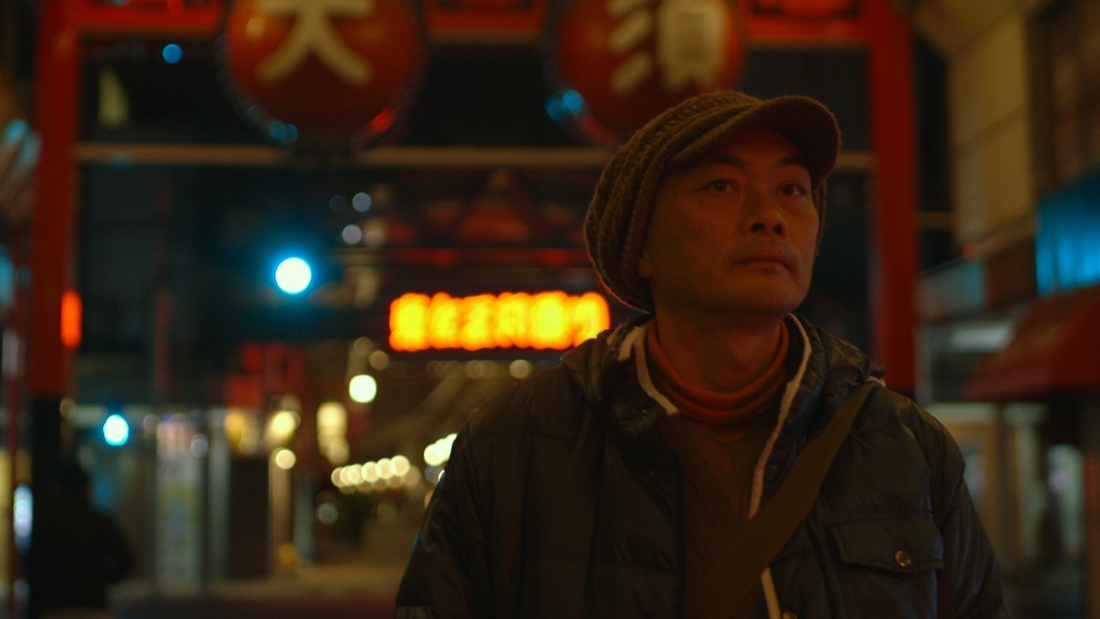 “It’s okay not to have an answer to the question you’re asking yourself. But as long as you’re alive, you keep asking questions.” That observation, stated by a grieving, traumatized woman in the end of “The Departure,” functions as a sort of climax for the documentary. She says it to the film’s main subject, punk-turned-monk Ittetsu Nemoto, whose life centers on the decision of suicide. He spends his days and nights trying to help people who want to kill themselves, while pondering why people would ever do such a thing, draining himself physically and mentally with such emotional weight. This film, the latest from “After Tiller” director Lana Wilson, often films him at a distance, and uses interviews with Nemoto as voiceovers for footage of him contemplating or working. It’s a movie that wants to capture the headspace of someone who could be so selfless and yet constantly in the trenches of death. Wilson makes this portrait of unbelievable humanity incredibly sobering and illuminating.

“The Departure” starts with introducing the types of workshops that he runs about showing people what they have to live for. In trying to convince them to choose life, he has them process what it means to “disappear,” and how that would affect loved ones. His service extends beyond these workshops, however, as we see Nemoto travel throughout the city, riding his motorcycle, visiting different people who often reach out to him with single-sentence text messages about wanting to kill themselves. He is a one-man suicide hotline, in one instance reminding a middle-aged man who can only see his father for one hour a month that he should live for his children. Meanwhile, Nemoto’s own personal life becomes strained with the growth of his young son Teppei, and a health condition that Nemoto must decide whether to address or not. Though Nemoto must be a symbol of inner peace, he is constantly asking questions. A conversation he has with a woman, one of many intimate scenes that Wilson captures without invasiveness, has him giving out some half-baked advice. Given the stakes of his work and the lives he is trying to hold up, it’s a heartbreaking moment.

There is something incredible about “The Departure,” in that it has no answers, or that its scenes of levity (Nemoto’s son goofing around) still feel anchored by the grave sadness of the project and its subject. It feels like the darkest, riskiest act of perseverance, a movie that sets you in constant darkness and forces you to gather why you, dear reader, have chosen life.