I’m back with a follow-up to the mega-famous report on the first half of 2017’s TIFF Midnight Madness program, in which I was remarkably optimistic about the state of the program, lavishing praise on “Revenge,” “Bodied” and “The Disaster Artist.” Sadly, dear readers, things are looking less positive for the Toronto horror scene in this installment, as all four films have their drawbacks, some minor and some major. I do appreciate the diversity on display in this quartet, taking us around the world and illustrating very different styles of genre filmmaking. They may all fall short to varying degrees for me, but at least a couple of them will likely have ardent fans and I can see why.

One film that falls into that “some people are gonna love this” category is Hélène Cattet and Bruno Forzani’s exercise in style “Let the Corpses Tan,” a film that feels like it could be made by no one other than the people behind “The Secret Color of Your Body’s Tears.” These filmmakers deconstruct cinema to its most powerful images in a way that’s so overwhelming it defies standard film elements like narrative and character. Those are secondary to the visuals of Cattet and Forzani’s world, one inspired by Spaghetti Westerns and Giallo but also distinctly their own. This is a film that edits to the rhythm of gunfire and breaks down genre films to their base elements—beady eyes, shooting guns, sweaty brows, falling bodies. If you saw roughly any five minutes of “Corpses,” you’d have a pretty good concept of the entire project. I realized at one point I wasn’t quite sure what was going on in terms the plot or even the geography of the location, but I think that may be exactly the way they want it.

Based on a cult novel by Jean-Patrick Manchette and Jean-Pierre Bastid, “Let the Corpses Tan” tells the story of a woman and her two lovers who see their idyllic Mediterranean home invaded by a carload of robbers with a trunk of gold, and then the cops show up. That’s about all you need to know. The film is basically one extended shootout sequence with the occasional diversion for a purely stylish interlude of silhouettes against the Italian sky that play out somewhat like a Greek chorus physically commenting on the action. And, oh, the action. It is constant zooms and fast cuts and shots and screams and so on and so on. It’s so stylish that you won’t really care that it’s hollow but this is the definition of a “Your Mileage May Vary” movie. If this is your thing, if you loved their previous movies, don’t miss one. If you see film more as a storytelling vehicle than a visual medium, avoid it. I’m somewhere in between, undeniably impressed by the craft here but left a little cold by the repetitive, overwhelming style. 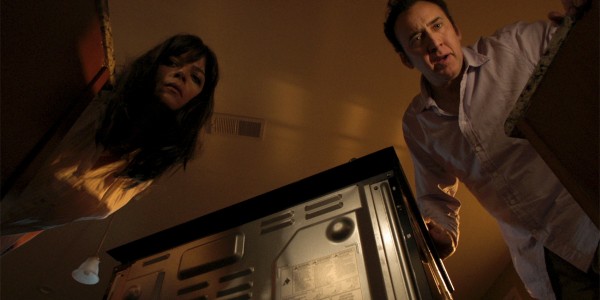 A totally different kind of exercise in style plays out in “Mom and Dad,” directed by half of the “Crank” team of Neveldine/Taylor, Brian Taylor, and starring Selma Blair and Nicolas Cage. The concept here is brilliantly simple, and those of you who can’t get enough of Gonzo Cage will get about 5-6 minutes of what you live for, but this kind of feels like half a movie and only half of that is any good. It kind of feels like every single stage of production here needed a bit more time and effort. It’s close in every way. Beef up the script a bit. Direct the cast, especially the young actors, a bit more. Work on the haphazard editing. Polish the sound design. Every element is just about halfway there.

The concept reminded me of “Cooties” in the “How Has That Not Been Done Yet” department. One day, with no warning or explanation, parents start killing their children. A woman leaves her kid in the car on a train track. Parents show up at school to murder their offspring. The disconnect between parents and kids is fertile ground for horror, but there’s just not quite enough to “Mom and Dad.” Cage and Blair are good, especially the latter, who feels like she should have gotten a network drama (like a Shondaland show or part of the NBC Chicago Universe by now). But the film is choppy and incomplete. In fact, the short that preceded it, the brilliant “Great Choice,” starring Carrie Coon as a woman literally stuck in a looping ‘80s Red Lobster commercial, was more satisfying in every way. It’s hysterical and kind of terrifying—I wish I could say both things about “Mom and Dad.” 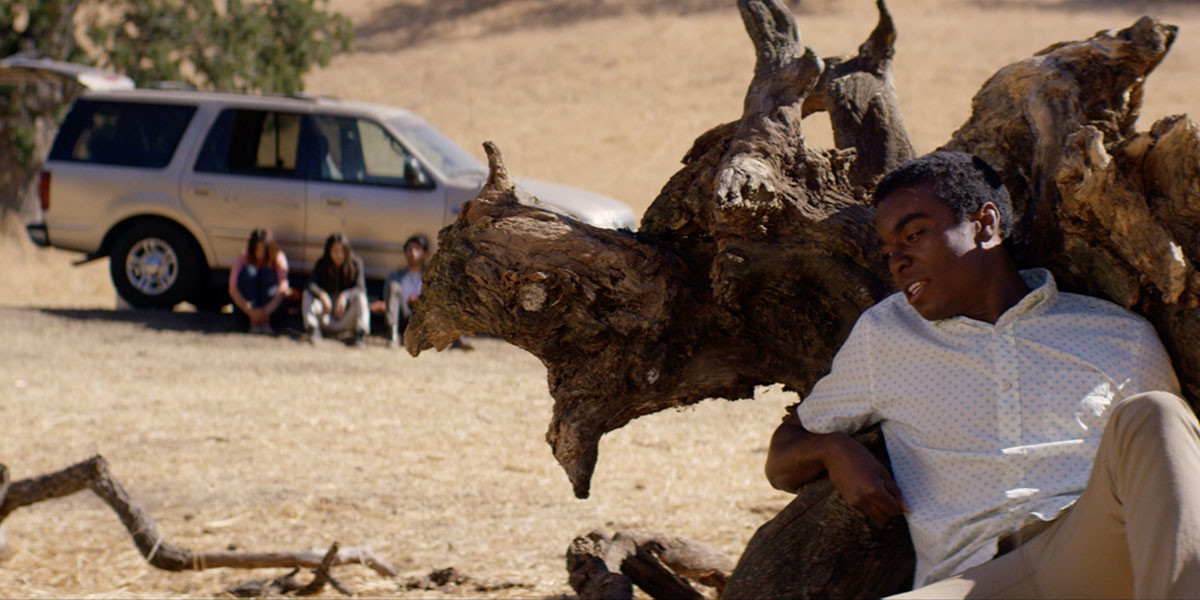 And here’s where we get to my least favorite part of the Midnight Madness experience—the definite misses. Two of my least favorite films of the festival unfolded late in the late-night program. As there seems to be little point in coming down hard on genre entries that didn’t even premiere until most people left Toronto, I’ll be brief. Ryuhei Kitamura’s “Downrange” sees the director of “Versus” and “Midnight Meat Train” saddled with an inexperienced cast, a tin ear for dialogue, and a thin premise. A group of college kids get trapped on an isolated road by a random sniper. They scream at each other with dialogue that doesn’t soon like actual people and the movie plods forward until Kitamura finally unleashes some insanity in the final reel. It’s too little, too late.

More ambitious but also frustrating is Seth Smith’s “The Crescent,” a film that the program compares to the work of David Cronenberg and David Lynch but it doesn’t really work enough to merit either name drop. Danika Vandersteen plays a woman who travels to an isolated house with her two-year-old son after the death of her husband. For too long, “The Crescent” plays out like your neighbor’s home movies—they play on the beach and walk through the house while ominous music designed to build tension blares. Is the idea that the normalcy after grief is horrific? It is no energy, no rhythm, and no atmosphere, unless you think paint swirls and cellos are terrifying.