The Toronto International Film Festival isn’t afraid of new faces, giving prime real estate to feature film debuts like the several that launched tonight, the first Friday of the fest. The three in this dispatch have their freshman feature issues but all three also hint at potentially great things to come from their creators, and all three work better than the most high-profile feature debut of the night, Ewan McGregor’s “American Pastoral.” And while one of them contains a perfectly measured breakthrough performance, another reminds us of the range of one our best working actors.

Let’s start with that one. Adam Smith has been making music videos for The Chemical Brothers since 1994, segueing into television direction with shows like “Skins” and “Doctor Who,” but “Trespass Against Us” marks his feature debut. It is a fast-paced study of a man caught between being a son and being a father. On one hand, he’s indebted to his patriarch; on the other, he wants better for his own child. Smith has a few issues with framing and pacing, but he knows how to direct actors and can shoot a car chase set to a score by his Chemical Brothers buddies in a way that really pops. Most of all, this is a movie that lives and dies on its central performance, and the fact that Michael Fassbender plays that role makes up for almost all other problems.

Fassbender is perfect as Chad Cutler, the wheelman for a criminal family led by the notorious Colby Cutler (Brendan Gleeson). The Cutlers live in a makeshift community on the outskirts of town, made up of things stolen and that others have thrown away. While Colby seems content to sit around the fire telling the same old stories, Chad and his family, including a wife (Lyndsey Marshal) and two kids, are hoping for something better. They’ve even enrolled the children in a private school, and Chad is working to buy land to escape the criminal underworld into which he was born. Of course, it’s never that easy.

The script by Alastair Siddons is dense with slang and delivered in often-thick accents to such a degree that a good quarter of the dialogue is literally unintelligible. It doesn’t matter as much as you might think. Without the specifics, one gets the thrust of each scene and the character development that comes with it. A lot of that can be credited to the lived-in, believable performances from Fassbender and Gleeson, two actors who rarely falter and certainly don’t here. They’re mesmerizing even when one doesn’t understand much but the profanity. These are people caught in a battle over what they think is right and best for their kin. Gleeson captures a man who loves being the one doling out forgiveness and punishment as he chooses. He even gives one speech holding a painting of Jesus. Fassbender conveys so much with just a look at his wife and son, knowing that the life he currently leads with them can only turn his boy into another version of him. Some fathers want their kids to follow in their footsteps. Good fathers want them to run ahead. 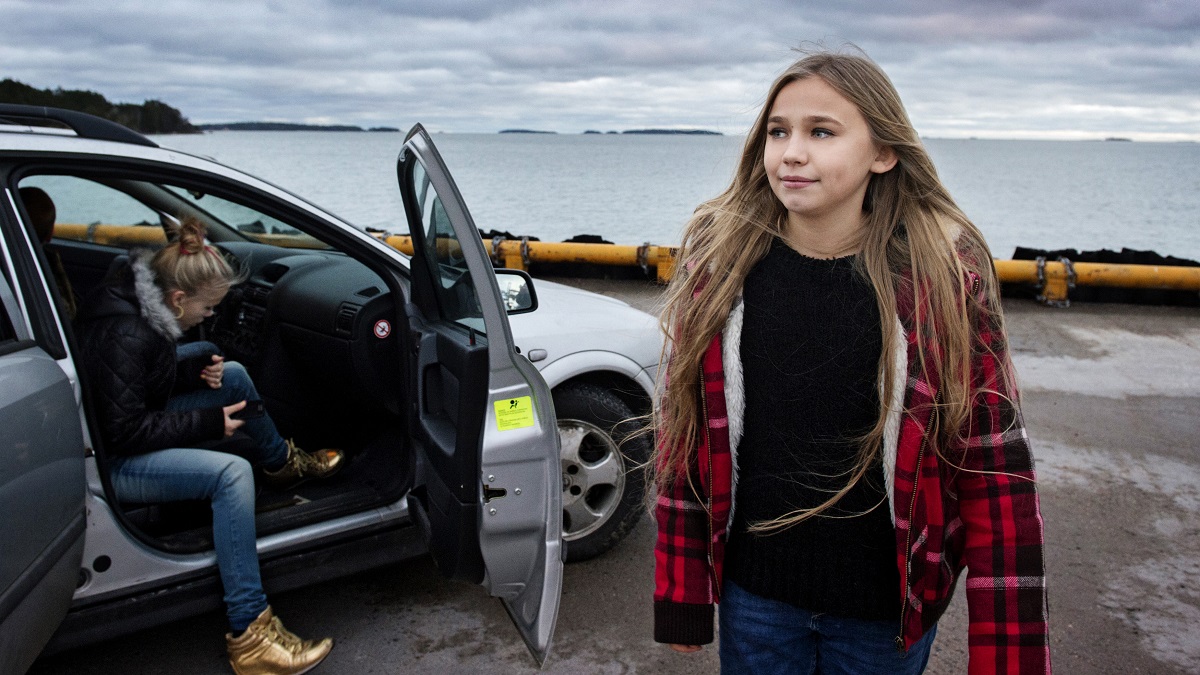 Another movie about parenthood with a very different tone is Selma Vilhunen’s feature debut “Little Wing,” a Finnish film that recalls the Dardennes brothers in its best moments of heartbreaking realism. Linnea Skog gives a breakthrough performance as 12-year-old Varpu, a girl on the verge of adulthood and in need of a few answers before she makes that turn to being a grown-up. She’s the child of a single mother, and poor Varpu is the more stable of the two. Mom can’t pass her driving test and cries in the middle of the night. She’s so self-centered—although more in an emotionally unstable way than a narcissistic one—that she forgets Varpu’s birthday. It’s not cruelty, it’s just a woman struggling to keep it together. Varpu gets bullied at school and pressured by a boy who wants to go further in a parked car than she does. She makes a decision. She’s going to find her father.

The quest to find another adult role model doesn’t end in the way that Varpu or viewers will expect, but Vilhunen treats all of her characters compassionately, even those who have undeniably done Varpu wrong. Varpu eventually learns that just having a child doesn’t make you a qualified parent, but Vilhunen maintains sensitivity to everyone involved, especially the young lady trying to navigate the rocky waters to becoming a teenager. Most of all, the film belongs to Skog, a natural, charismatic performer who gets the film through a few bumpy narrative interludes and keeps us engaged from beginning to end. There have been a surprising number of child protagonists in the first few days of TIFF. Varpu is one of the most memorable. 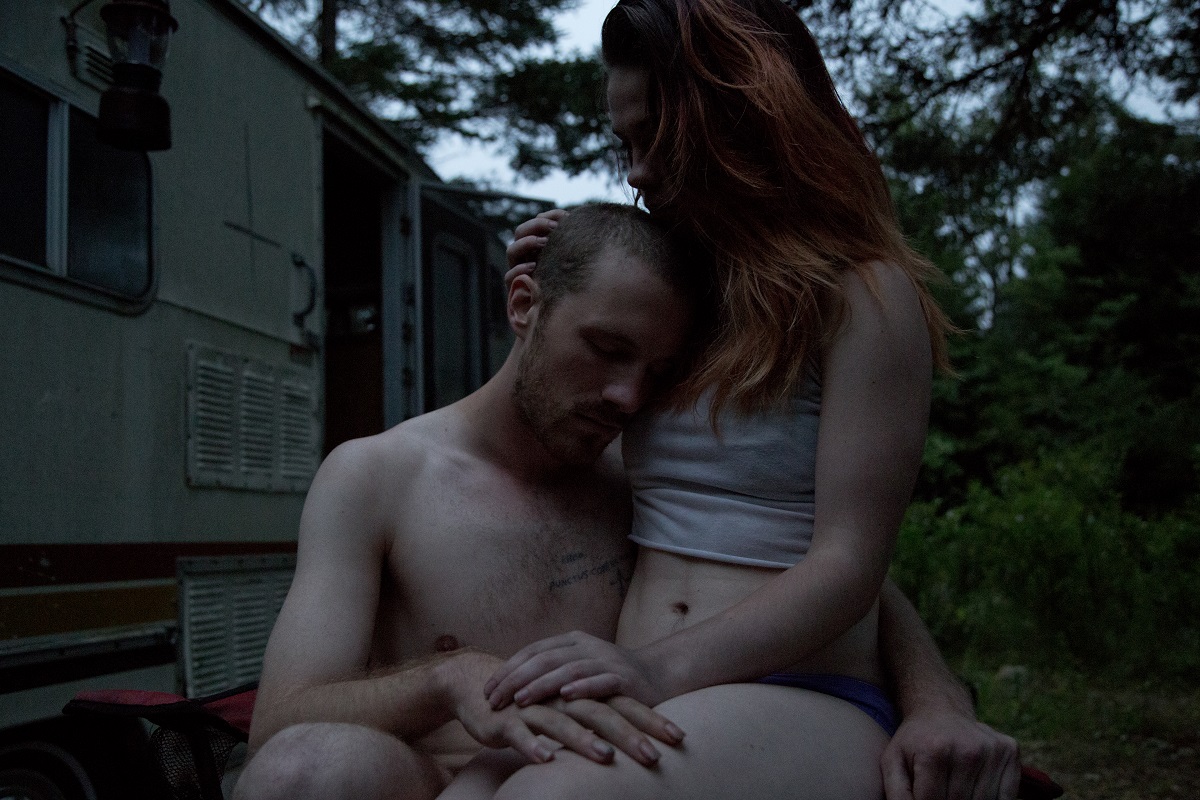 The final debut of Friday night (other than Ewan McGregor’s “American Pastoral,” which I’ll get to separately and soon) was Canadian Ashley McKenzie’s “Werewolf,” a film with echoes of “Heaven Knows What” and “Animals” but lacking some of the creative spark of the former and the strong performances of the latter. There’s a stark realism to McKenzie’s film that’s admirable, but "Werewolf" lacks a narrative throughline to such a degree that it can sometimes be difficult to stick with its protagonists through the dark days.

Her film focuses on two co-dependent people trying to kick addiction through methadone: the quiet Nessa (Bhreagh MacNeil) and the angry Blaise (Andrew Gillis). They are essentially homeless, moving from place to place with a lawnmower that they use to make money whenever possible. As their bleak existence pushes forward, McKenzie offers little in the way of narrative. "Werewolf" is a study of frustration and despair, although it becomes clear that one of these two people is more likely to find some semblance of normalcy in a clean life than the other. Both performers feel completely real and it never seems like McKenzie is trying to exploit the truth of lives like these. She’s fascinated with close-ups of hands, backs, legs—we see half-faces often—and all of these incomplete images make the story of Nessa and Blaise feel more fractured and painful. The filmmaking impacts the message, and that’s the sign of a talent to watch.