A vast majority of the festival experience is comprised of waiting: waiting on the tarmac, waiting in line and waiting to encounter greatness in the screening room. Even if Maren Ade’s “Toni Erdmann” was the only film I saw at Toronto this year, my trip would’ve been well worth it. Clearly festivalgoers at Cannes found the film’s irreverent humor a welcome relief from the usual slate of competent yet downbeat offerings from all-too-familiar auteurs. A lot of people thought Ade was destined to win the Palme d’Or, and if there is any justice, the film will garner Oscar voters’ attention following its December 25th bow in U.S. theaters. It is easily one of the year’s greatest cinematic achievements, though if it were only a laugh riot, it wouldn’t resonate nearly as deeply.

It’s rather difficult to sustain laughter over a period of three hours (just look at the strained mugging that pads out so much of “It’s a Mad, Mad, Mad, Mad World”). If Ade’s premise was dreamed up in Hollywood during the ’90s, it would have served as an ideal vehicle for Robin Williams, ever game for playing goofy nonconformists. As Winifred Conradi, the prankster father with the titular alter ego, Peter Simonischek has none of Williams’ manic energy, but his deadpan understatement makes each of his absurdist gags all the more uproarious. After his beloved dog dies, Conradi leaves Germany to pay a surprise visit to his daughter, Ines (Sandra Hüller), an uptight management consultant in Bucharest. Clad in ghoulish fake teeth and a wig that appears to have been swiped off Tommy Wiseau’s head, her father’s Mrs. Doubtfire-esque portrayal of the fictional Toni Erdmann is a source of unending embarrassment for Ines, though she has nevertheless inherited her father’s compulsion for performance. At work, she’s required to promote the implementation of outsourcing as if it will benefit her clients, knowing fully well that it will result in massive layoffs. Ines believes this is a necessary step in modernizing the corporate world, and Hüller brings a great deal of conviction to the character. She’s not an independent shrew in need of being tamed, but a strong-willed go-getter with a startling boldness of her own.

Winifred senses his daughter’s unhappiness, which only inflames his desire to indulge in mischief. Yet after his incessant goading leads Ines to belt out a show-stopping rendition of Whitney Houston’s “Greatest Love of All,” the tables have shifted considerably. If guffaws were all Ade was after, this story would’ve worn thin quickly. The 162-minute running time enables her to linger on countless moments, mining them of all their conflicted feelings. After sitting through so many interminable summer blockbusters comprised of tangled, half-realized plot threads, it’s exhilarating to watch a filmmaker with the confidence to luxuriate in her narrative, savoring every poignant exchange and flight of madness. There are stretches in which the film plays as straight drama, and when the comedy materializes, it is organic and often hysterical. Without revealing anything, it must be said that the climactic set piece is one of the most explosively funny sequences I’ve ever seen, and it left the crowd at the Toronto premiere roaring with glee. 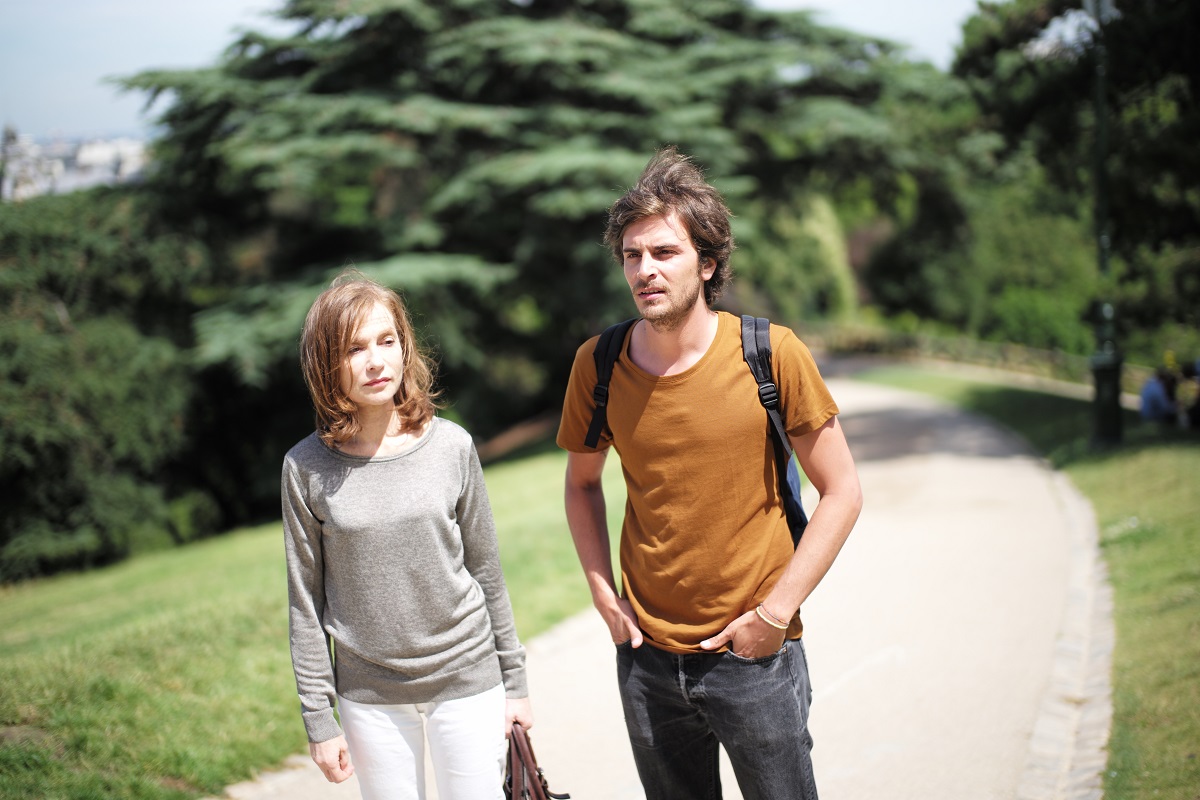 Hüller’s astonishing performance is one of many fine showcases for actresses at TIFF, several of which thumb their nose at the studio-sanctioned expiration date for sexually vibrant women of a certain age. Two of this year’s selections feature Isabelle Huppert as a divorcée with an ailing mother, a troublesome cat and no belief whatsoever in the existence of God. Both characters are—shall we say, transformed by the entrance of a younger man in their lives, though in the case of Mia Hansen-Løve's tender “Things to Come,” it’s a friendly Communist (Roman Kolinka). He’s a former student of Huppert’s, and though he values her philosophy classes where she taught students to think for themselves, he doesn’t understand why she maintains her bourgeois lifestyle rather than help bring about a revolution. The relationship that develops between these two characters is a strictly platonic one, and Hansen-Løve avoids all traces of melodrama, opting instead to capture the relentless flow of life as the narrative jumps ahead days, weeks and months with a single cut (a brief title card marks when years have passed). The recurring image of Huppert in forward motion—walking ceaselessly into the future ahead—encapsulates the film as a whole for both the actress and director. 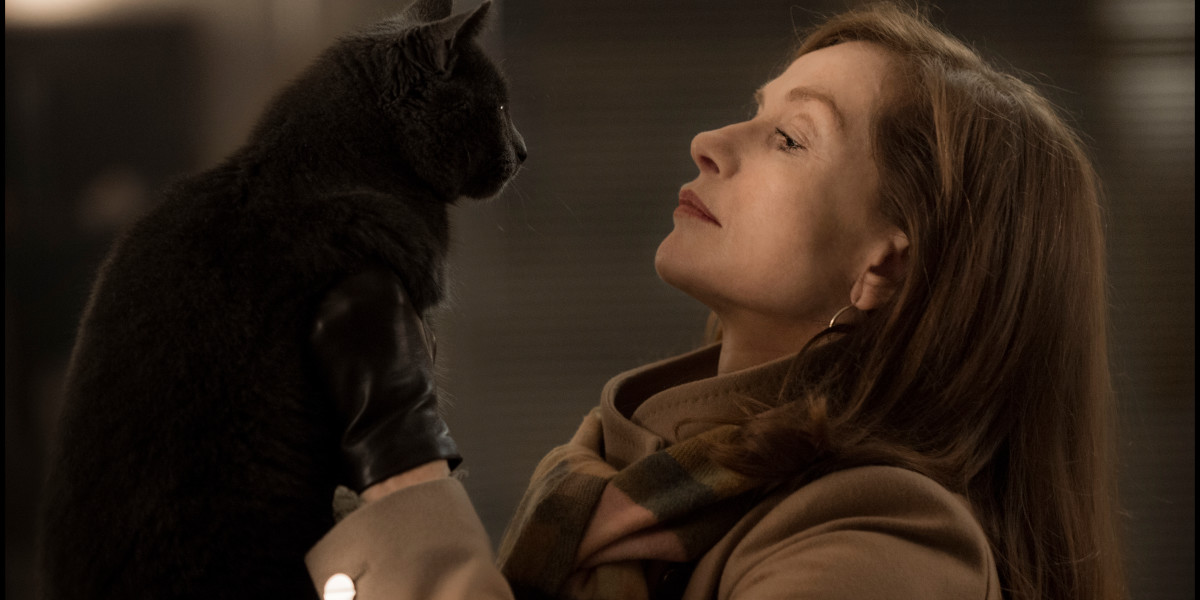 When viewed the day after “Things to Come,” Paul Verhoeven’s “Elle” plays like the darkest of sexual fantasies dreamed up by Huppert’s professor. This may be as close to a dysfunctional family Christmas comedy as we’re likely to get from the ever-divisive director, whose cynicism regarding organized religion—and particularly the sex scandal-laden Catholic Church—is readily apparent here. As the opening credits fade out, we hear the sound of Huppert being violently raped in her home. The attacker, we gradually learn, has a duplicitous nature that requires him to conceal his perversions beneath a spiritual façade. Huppert’s penchant for remaining unflappable in the face of crisis is still relatively intact, though her character’s trauma resurfaces in several effectively jarring moments (one involving her cat). At first, it seems that her refusal to contact the police is due to her family’s sordid history. Yet what’s more troubling is the fact that Huppert's character may have been turned on by the rapist, and may not be entirely against him returning to the scene of the crime. At the same time, in an amusing subplot, Huppert adamantly opposes her son’s involvement with a thoroughly unstable woman. He’s so willfully blinded by her beauty that he can’t even acknowledge that their alleged baby has strikingly different skin color.

I was reminded of Verhoeven’s 2012 picture, “Tricked,” which had a story stitched together from audience suggestions. That’s sort of how “Elle” plays, as it veers from one jaw-dropping twist to the next. “Tricked” included a scene where a supposedly pregnant woman is stabbed in the belly, an image that sounds horrifying on paper but earned a big laugh onscreen. Some viewers won’t be able to stomach the rape scenes in “Elle,” but I was able to view them in the stylized context provided by Verhoeven, who cited “Belle de jour” and Hitchcock as key inspirations. There’s a crowd-pleasing homage to “Dial M For Murder” that accentuates the sexual subtext in many of Hitchcock’s attack sequences. Of course, the primary attraction here is the eternally mesmerizing Huppert, who has one of the great faces in cinema. Just watch the smile that flickers ever so slightly after she imagines bludgeoning the rapist’s skull to bits. Or the laugh that suddenly disrupts her sullen tears while aboard a bus in “Things to Come.” Her character in Hansen-Løve’s film ponders how life can be lived without a divine moral compass, and in a way, her character in Verhoeven’s film manages to answer that question with a straightforward epiphany. Honesty is all we can rely on to guide us toward what is just, what is uncorrupted and what is healing. If she is truly being honest with herself, she must realize that a relationship that leaves her black and blue is not sustainable, let alone healthy. She has to love herself enough in order to leave it all behind.