Director Lone Scherfig (“An Education”) finds the romantic and aspirational in “Their Finest,” a period drama about the British wartime film industry set during the Blitz of London. Catrin (Gemma Arterton) is assigned to help bring a female perspective into the war propaganda films at the Ministry of Information’s film division. Her screenwriting partner, boss and mentor is the encouraging, bespectacled Tom (Sam Claflin), who, for the most part, sees her as an equal in the screenwriting team.

The film features a mix of different genres, ideas and storylines that beautifully blend together: rom-com, historical war drama, the creative process of writing, the zoo-like atmosphere on set, our human need to hear stories, and most importantly, women’s rights. The comedic relief of Bill Nighy, who plays a haughty famous actor aging into increasingly decrepit roles, is the icing on the cake, though without it “Their Finest” might have been a little too dry and depressing. Of course, British humor does favor the dry side, and all kinds of characters do get at least one opportunity to chime in with a quip (my favorite line describes the organization’s wasting of film celluloid akin to using loo paper).

The film is very empathetic towards the myriad issues facing women in the workforce of that era, and what will happen to their positions when the war is over. “Their Finest” seamlessly addresses the issues of women being paid less than men and husbands admonishing their wives for being the breadwinners. These gestures never feel pointed and the film builds in a very realistic normalization of women’s inequality. For example, Catrin’s out-of-work painter husband demands she quit her job, but his offense at her paying the rent is nowhere near as ridiculous as when he accepts a touring exhibition and expects her to quit the film production to keep him company abroad. “Their Finest” reminds me of “Mad Men” in these portrayals, but Scherfig’s film is even more adept at moving fluidly through the constant onslaught of micro-aggressions Catrin must face in her work. She is reminiscent of "Mad Men'"s Peggy Olson, in many respects. Catrin's ambition to write the female characters who help save the day by actually doing some physical work ends up being incorporated into the script in a clever meta device, one that comments on the historical and necessary role so many women workers provided during WWII. 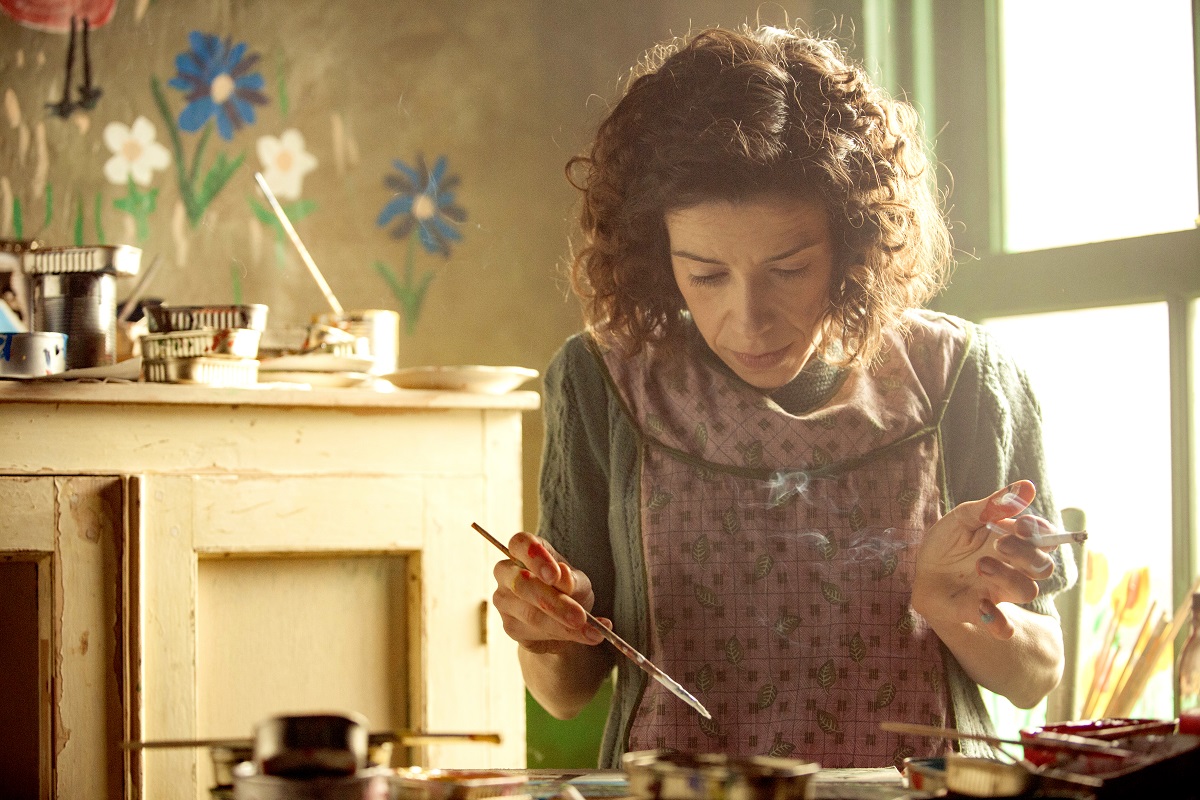 “Maudie” is another historical drama about the inspiring work of women, and it takes place just before the war on the other side of the world, in Marshalltown, Nova Scotia. The titular Maud (Sally Hawkins in quite possibly her best role yet) has rheumatoid arthritis. People call her a cripple and cast her off as wasted space—even her aunt and brother. So Maud decides to take life into her own hands, responding to a cleaning lady ad from a fisherman, the mostly silent and easily disgruntled Everett (Ethan Hawke), who’s also convinced she can’t be useful. But Maud is a force of life when she has a brush in her hand, and as the two acclimatize to each other, finding some sort of comfort in both being social outcasts, she begins to paint figures all over his house and on anything she can find: walls, doorframes, windows, pieces of discarded wood paneling. Anything. She paints flat, vibrant images of flowers and animals and sceneries. Soon her artwork is discovered by a visiting New Yorker and she becomes somewhat of a famous name, with her art even hanging in the White House.

Based on the true story of Canadian folk artist Maud Dowley, “Maudie” is the kind of biopic that hits a nerve and then has you crying throughout the rest of the film. Even in scenes that run slightly contrived, Hawkins’ presence and portrayal of this strange, warm, funny little woman is almost too much to handle. Maudie is the story of a life. It’s the story of a way of life, even. Dowley was deemed unfit for society but she stubbornly fought for her own dignity and way of life. It’s the story of an artist who had nothing, and who needed nothing, except for a brush and some paint. “Maudie” is not the kind of movie that needs much to prove itself as poignant, it’s the kind of film that does just fine giving us a glimpse into a humble life of someone who lived it to the fullest. I don’t think I’ve ever cried so hard at TIFF before, so thank you Ms. Hawkins, for that breathtaking performance. 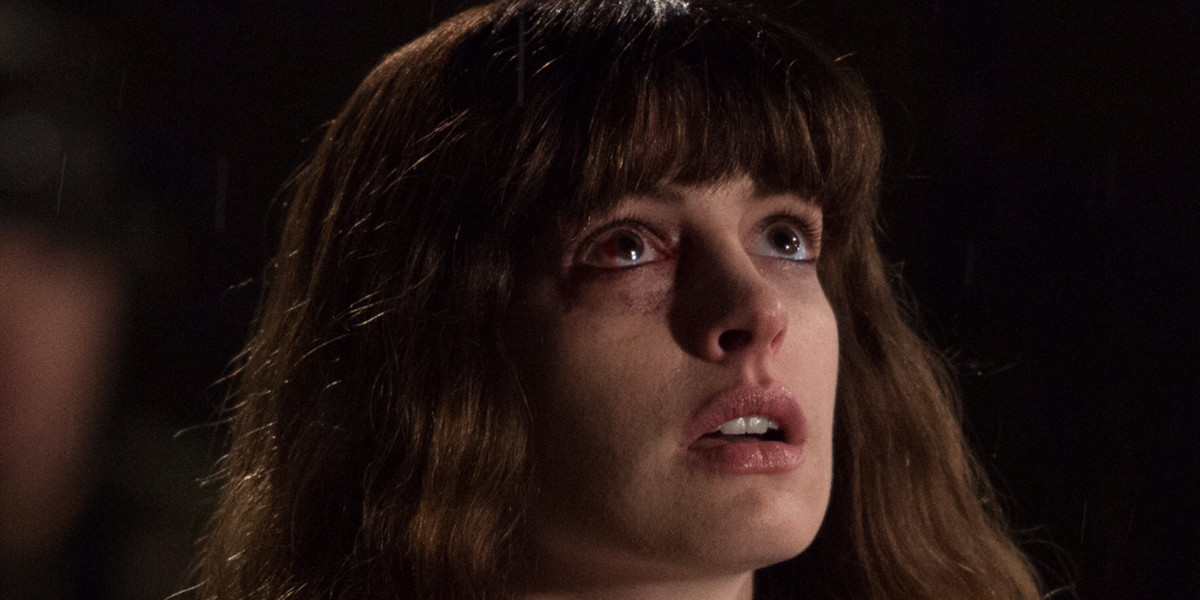 “Their Finest” and “Maudie” are twin movies in a sense, and the same is true of “Colossal” and “Catfight.” These two films move in the opposite direction, tonally, into a place of pointless irreverence and violence. Nacho Vigalondo (“Existential”) creates a somewhat-inexplicable world in “Colossal.” Anne Hathaway plays an alcoholic writer name Gloria. We find out by the end of the film why she’s so glorious, so yes, the name fits pretty perfectly. But at the beginning of the film, Gloria has hit rock bottom: kicked out of her boyfriend Tim’s (Dan Stevens) apartment, she moves into her parents’ old empty house in her hometown, where the dust has settled quite finely. But a childhood acquaintance named Oscar (Jason Sudeikis, who’s brilliant in both sweet-guy and pure-evil-guy roles) offers help in the form of a waitressing job at his bar and some hand-me-down furniture to get her by.

Things start to get very strange, however, when Gloria realizes that her actions have some strange connection to the monster attacks taking place in Seoul, South Korea. The movie is strange, yes, but it’s got a more down-to-earth vibe. This is not the kind of blockbuster-y diegesis where aliens or zombies can take over the planet. The attacks, much like the rest of the movie, are silly, and the mechanics of Gloria’s inexplicable connection to the creature also rest heavily on the film’s comedic logic. This is not the kind of movie you’re supposed to think too hard about. It’s better to just sit back and enjoy the burgeoning rivalry between Gloria and Oscar, whose playground antics take on life-or-death stakes of a global proportion. 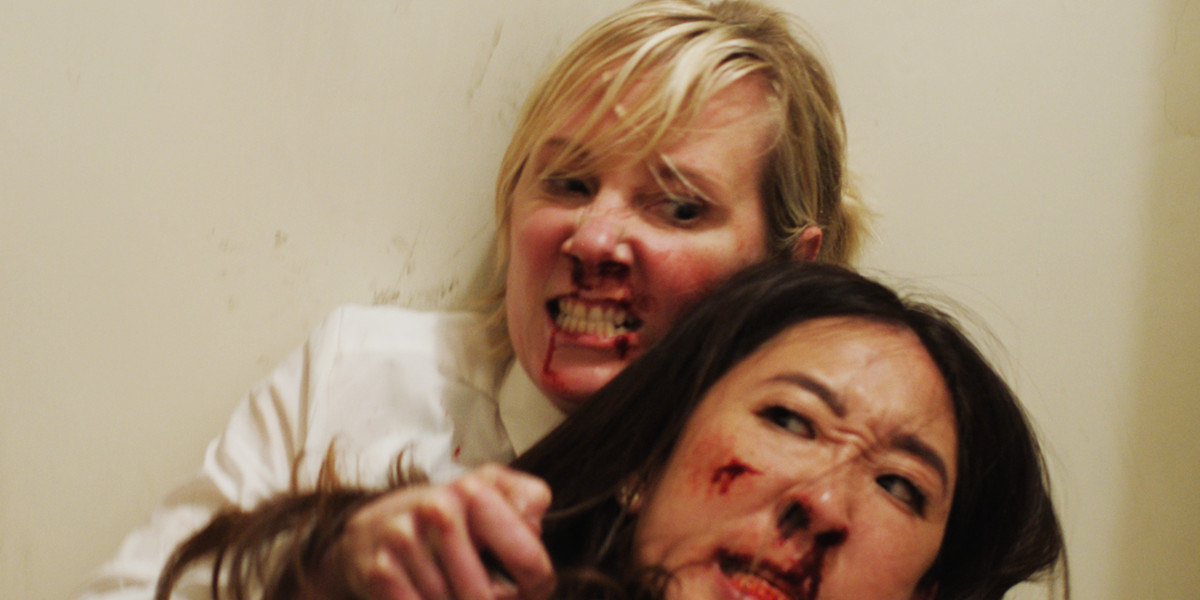 Onur Tukel's “Catfight” also works best if you just sit back and watch the catfights between its two leads, Veronica (Sandra Oh) and Ashley (Anne Heche)—based on a petty school rivalry that continues to renew itself into adulthood and beyond. The diegesis of “Catfight” is more absurd than in “Colossal,” but it’s heavily tied to Big Ideas About How We’re Fucking Up Our World.

There’s a late-night talk show that serves as our Greek chorus in delivering the latest devastating news about the war on terror—a satirical send up of Jon Stewart and Stephen Colbert. Much discussion between characters explores how the war on terror is good, or bad, or both (this backdrop is a little heavy-handed, but presumably built into a larger point about how violence manifests into one-on-one microcosmic catfights).

Veronica is a trophy wife whose husband sells weapons or something or another to the US government, and Ashley is a lesbian modern artist whose work doesn’t fare well in the art market, deemed too angry for the current political climate. When they end up in the eponymous fisticuffs after bumping into each other many years after college, they begin a series of perennial revenge-seeking chronicles that structure the film in hilarious and repetitious ways. Its conclusion is a little weak, especially as the wildly stylized stage-fighting bores into redundancy, but “Catfight” is one of those movies where its narrative structure, form, and ideas play second fiddle to the stunning chemistry between Oh and Heche and the extremely satisfying punchy dialogue (no pun intended).

I sat beside a woman who was laughing so hard she nearly began to hyperventilate. “Catfight” is also proof of the evolution of female-to-female dialogue, as it perfectly captures the wit, pettiness and social conditioning of women when dealing with their own gender. The no-bullshit bravura of Oh’s character with regards to her drinking addiction reminds me of Nancy Botwin from “Weeds,” while the cynical dispirited view of the world Heche carries with her is something we rarely see in cinema—the soul-crushing commercialism of an artist is so ubiquitous in its male perspective; here we see it from a refreshingly lesbian POV. I don’t know if it’s the kind of film that you can carry with you, but one can’t forget the petty kineticism in Heche and Oh’s delightfully nasty repartee. If you cut out the rest of the film and pasted their exchanges into a new Netflix sitcom, I’d watch that thing forever.