The Australian-made “Lion” is based on one of those true stories where life is stranger than fiction. A young, poor Indian boy Saroo (Sunny Pawar) becomes trapped on a decommissioned train that takes him thousands of miles away from his rural village. He can’t find home even with the help of authorities. Adopted by an Australian couple and raised as a Westerner, Saroo all but forgets his homeland until the scent of an Indian delicacy triggers a slew of painful memories when he is a grown-up (played by Dev Patel).

The first part of the film accounts for Saroo’s life as a child in India; the second accounts for his long, exhaustive search to find the family he left behind. The search is complicated by the matter of his adopted family, particularly his mother Sue (Nicole Kidman), with whom Saroo has an especially close bond. “Lion” is one of those awards-season-geared films with that painterly, polished look and feel—the resplendent naturalism of the photography in India and Australia, the minimalism of the score, the scenes that contain a certain deliberation in trying to seem deeply resonant. But it somehow doesn’t feel all that emotionally manipulative. Patel and Pawar’s performances are so downright charming that if the affable character of Saroo engages you, you will lose yourself in his deeply repressed emotions.

The film is problematic, however, in its narrative structure and the shoehorned-in devices typically found in prestige films. A middle act featuring a plodding family melodrama and a girlfriend (an underused Rooney Mara) considerably slows down the pace and accentuates the contrived nature of the dialogue. Saroo uses Google Earth to find his hometown, and the film doesn’t quite have the awareness to know that a line like “Have you heard of Google Earth?”—even in its 2008 setting—is tacky. These problems are trivial in comparison to the film’s universalizing the idea of “finding home” by scrubbing out much of its cultural specificity. Maybe this was to increase its mainstream appeal. But the lengthy postscript about the thousands of children who go missing in India each year is more befitting of a documentary. You can’t wipe your film of a culture’s messy contradictions only to then tie it back to a specific cause so cleanly like that—or can you? Only time will tell upon its release, if audiences who embrace this film are as willing to care about its social cause. 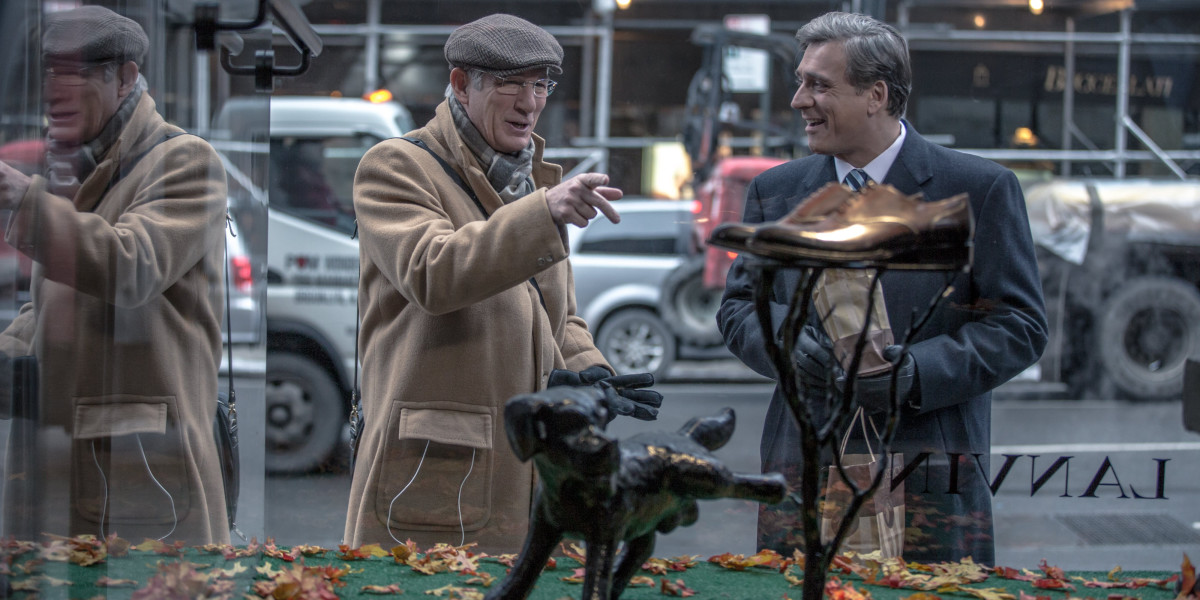 While “Lion” scales back in engaging with its cultural milieu, “Norman: The Moderate Rise and Tragic Fall of a New York Fixer,” is a decidedly Jewish film. It stars Richard Gere as the titular fixer in a “King of Comedy”-style story in which our loser protagonist tries to connect with all sorts of high rollers in the New York Jewish community. Norman’s shabby, tan-coat-sporting sartorial style reminds me of thrift-store-shopping hipsters, not business-savvy men. Norman promises everyone he meets a favor before brandishing a hacky, boilerplate business card. The “Normans” of the world are, as more than one character puts it, failures precisely because they have nothing to offer despite pledging their support through so-called connections, speaking in the most grating, schmoozy and needy way possible.

Norman one day finds his holy grail after buying a lowly Israeli political deputy minister an exorbitantly expensive pair of shoes. That man, Eshel (Lior Ashkenazi), goes on to become prime minister of Israel three years later, and doesn’t forget Norman’s generous gesture. Eshel introduces Norman to a roster of important people who all seem to think the old man is a lot more valuable than he is, and Norman is finally in a place where he can do some good. But he uses his now-legitimate connections to establish a labyrinthine Ponzi scheme of favors between clients and synagogues and politicians, all of which eventually form his downfall.

The film’s dry comedic sensibility has been compared to the Coen brothers, though it’s less dark and absurd and more tense (à la “Burn After Reading” and “In The Loop”). The actual scheme that Norman sets up is very confusing to keep track of and somewhat anticlimactic, and unlike other notable sad-sack frameworks like “The King of Comedy,” the character of Norman—despite a formidable performance from Gere—isn’t fleshed out with sufficient pathos to make this tragicomedy as poignant as it could have been. 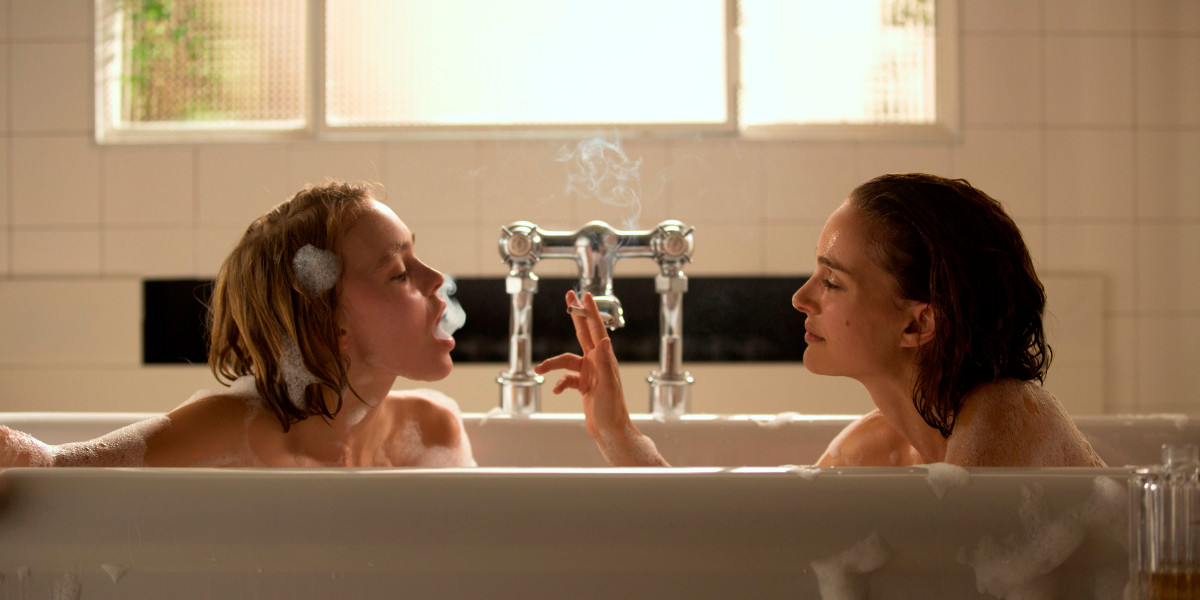 Poignancy is the least of “Planetarium”’s problems. This 1930s period piece is about two spiritual medium sisters: the older, maternal Laura (Natalie Portman) handles the emceeing and handling of their shoestring-operated business, and the younger, virtually childlike Kate (Lily-Rose Depp) has the “Gift.” When gigs for staged séances begin to dry up, Laura shrewdly decides to take up her client André Korben’s (Emmanuel Salinger) generous but somewhat-sketchy offer to move into his house. Firmly convinced in the existence of spirits, Korben exploits his top-level position as a producer in the French film industry to fund his own passion project, and scientifically prove the existence of ghosts through the technology of film. In experimenting with different filming methods, Korben has Kate strap on a terrifying steel multi-electrode helmet screwed to her head. The experiment results are inconclusive, at best, but the effects of such experiments on Kate are not good at all. Or at least, one assumes her new environment is making the young, sheltered woman go a little stir-crazy.

“Planetarium” is so bereft of narrative direction and bewildering in establishing dynamics between characters that it’s impossible to know what is ever happening and why for most of its running time. The film appears as interested in developing the strange relationship between Korben and the two young women as it is in exploring the possibility that Kate can really speak with spirits (for a far superior TIFF film that explores this idea, see Olivier Assayas’ “Personal Shopper” starring Kristen Stewart). “Planetarium” doesn’t say anything interesting about either subject. Other topics this film is interested in: anti-Semitic sentiment in France, the systemic and lofty ambitions of France’s cinema to boost itself through nationalist rhetoric, uneducated young women and another half-dozen ideas scattered helter skelter.

Not only are the film’s ideas and themes squandered, the narrative itself meanders without ever truly establishing what is actually going on between the three leads. One tedious, lugubrious scene after another borders on melodrama and never earns its gravitas. It’s a shame seeing Portman, especially, have to struggle through such obtuse dialogue and half-baked character and narrative development. Not unlike in her own recently released film, “A Tale of Love and Darkness,” Portman’s unmistakable onscreen presence drowns out the rest of the film. What we learn by the end of “Planetarium,” having witnessed Portman take on that extra dash of Old Hollywood pizzazz, is that she would have been as charming and successful 80 years ago as she is today. “Planetarium” is better seen as an unnecessary demo reel for Portman’s talents instead of as a real film on its own. 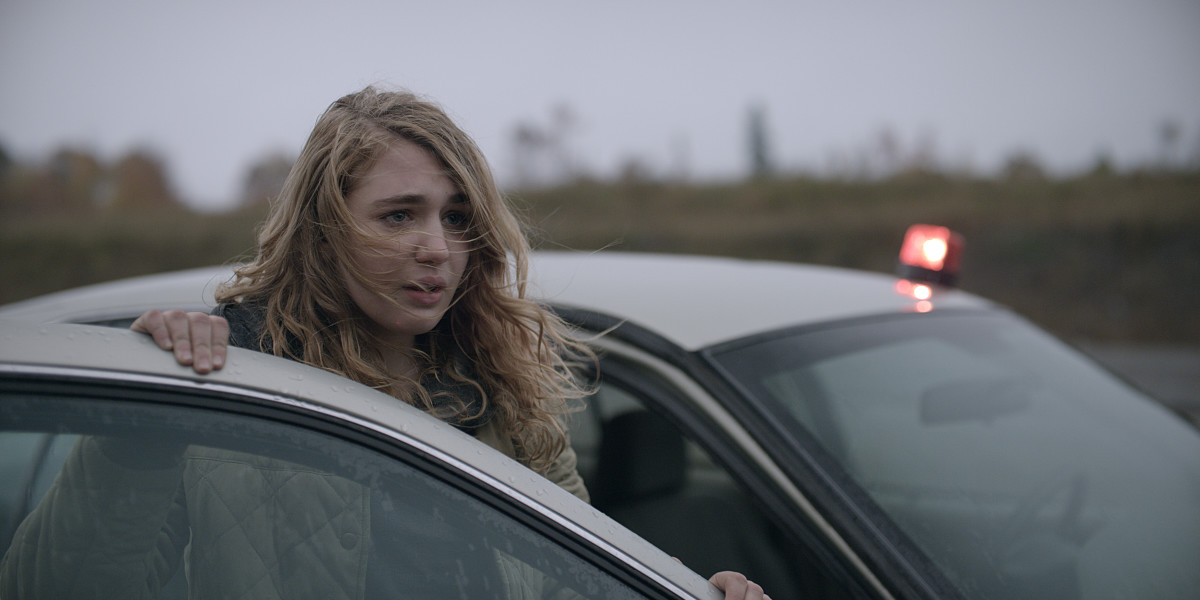 The one strength of “Planetarium” is that it at least has some interesting ideas and an ambitious willingness to explore and mix them together—like showing how spiritual faith and a love for entertainment are not entirely unlike. “Mean Dreams,” on the other hand, does not have a single new idea. Directed by Canadian filmmaker Nathan Morlando, “Mean Dreams” is unremarkable in its scope. It features an abusive relationship between crooked cop Wayne (Bill Paxton) and teenage daughter Casey (Sophie Nélisse), who move in next door to an alienated-from-society farming family with a teenage son, Jonas (Josh Wiggins), who’s dying for some company to temper the tedium of crop work, his overbearing father and reclusive mother. The neighboring adolescents immediately hit it off, to Wayne’s chagrin. Soon enough, threats of violence become manifest, and Jonas takes it upon himself to save Casey from her terrible father. (Or, as she calls him, “Daddy.” Ew.) A sudden crime and decision to run with a bag of money force Casey and Jonas to go on the run, though it becomes apparent early on that their adolescent naïveté has allowed a breadcrumb trail easily detectable by a cop to form behind them.

“Mean Dreams” has some of the cheesiest dialogue I’ve heard in this festival. On at least five or six occasions, adult characters tell Jonas that the real world is harsh and cruel, that you can’t trust nobody, that you gotta be just as tough to survive out there. And don’t trust nobody. These are the kind of blasé platitudes that run against the gentle souls of Jonas and Casey, who haven’t had exactly the best parental figures to show them how to survive in this world. This heavily telegraphed cat-and-mouse narrative is equally troubled by its compulsion to come up with one urgent problem that needs immediate fixing after another: the couple is found in a hotel room, so they get out of it, then Jonas gets badly wounded and needs stitches, and then they fix that problem too, and so on, and so on.

But as empty as “Mean Dreams” may sound, as hollow as its contrived narrative structure may be, there is little doubt that Morlando has serious chops in visual storytelling. He’s also aided by the cinematography of one of Canada’s finest D.P.s: Steve Cosens (“Snow Cake,” “The Tracey Fragments”). “Mean Dreams” looks exquisite. “Mean Dreams” sounds portentous. There is a haunting quality to the serene, rural nature on display, and the soundscapes underscore the simmering threat of danger lurking underneath each family home, dominated by patriarchal paranoia.

Morlando's movie contains a few memorable, arresting visual scenes, one of which is among my favorite shots in any film at TIFF this year. Casey is unpacking boxes in the kitchen in their new home. Upon hearing her father come down the stairs, she quickly and nervously puts his ashtray on the dining table. The camera slowly pans towards the sound of the creaking stairs and lands at the hallway, where, at the foot of the stairs, we first get our introduction to the sinister presence of Wayne. It’s a chilling scene because we don’t quite yet know why we find Wayne so unsettling, but this slowly dished-out scene contains a suspenseful mein that could have done the film wonders, if it hadn’t petered out.